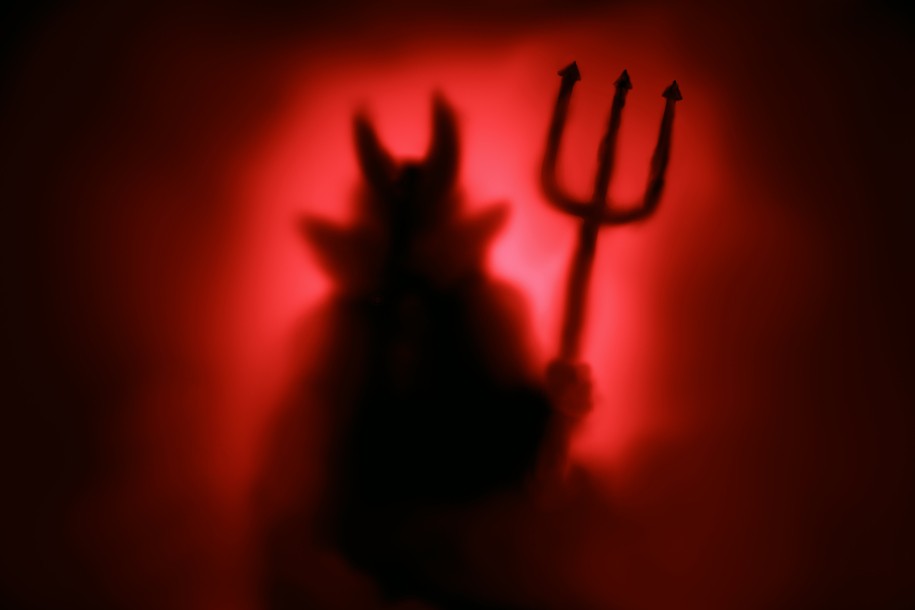 When I was a younger man, I would walk through the store and laugh as the tabloids featured stories about “Bat Boy” and “Devil Child,” or stories about Bill Clinton being a secret alien, Ronald Reagan having been cloned, or George Bush Sr. conducting his own military runs in planes during the Gulf War. The Weekly World News and all the garbage fodder of the time period represented a more laid back era when people would laugh at the madness.

However, a poll released today by the Public Religion Research Institute (PRRI) found that 40% of those who cited their primary news source as OANN or Newsmax said they believe in conspiracy theories from Satan worship inside the government to a hidden pedophile ring being run out of government agencies. No joke.

Approximately 4 in 10 Americans who say that they trust far-right news outlets like OANN and Newsmax said that they believe the false theory that the government and other institutions are controlled by “Satan-worshipping pedophiles.”

Oh, don’t worry, it gets worse. More from PRRI:

The constant drip campaign of Republicans to change the news into a doomsday scenario nightly has resulted in the brainwashing of members of not just their own base, but a vitriolic response from everyone rejecting the message.

The survey of 5,625 respondents makes it clear what is going wrong with the Republican Party. Those who get their news primarily from right-wing sources are four times more likely to believe conspiracy theories than those who receive their news from reputable news sources.

In the meantime, the Republican Party—which is becoming more and more in the pocket of the radicals—has become the party that embraces the Weekly World News standard of journalism: Print it, hope people are entertained, and don’t worry about the truth.