Running for Virginia governor: Not even a near-death experience could stop this candidate 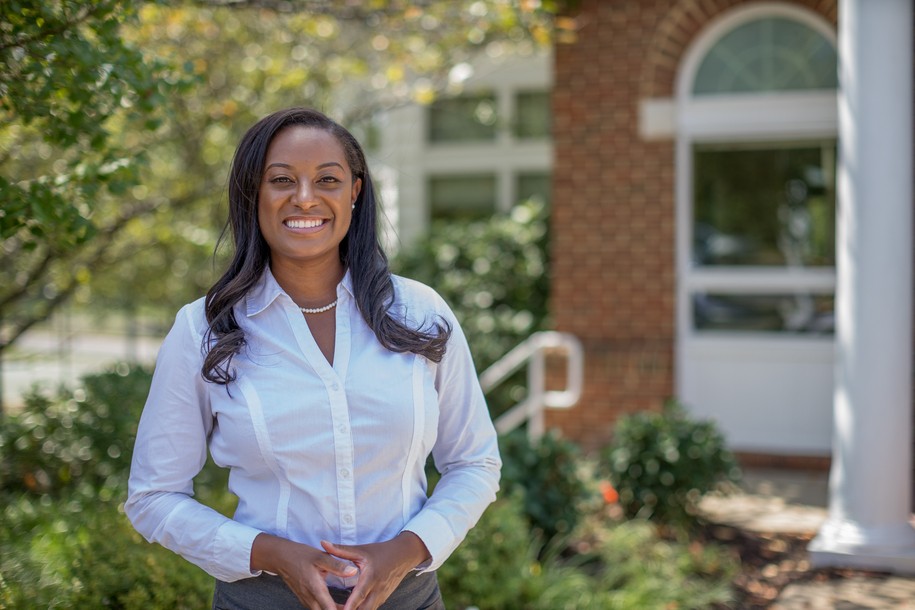 This is the fourth in a series of interviews with Democratic candidates for statewide office in Virginia. I don’t think I have to remind anyone here what 2017 was like for those of us in the Netroots. I’d argue the majority of us immediately understood the systemic threat represented by Donald Trump and became determined to do whatever it took to keep our democracy alive.

There is perhaps no better example of that than Virginia in 2017. The power of the Netroots truly helped harness a national wave that showed the entire country that Trumpism could be defeated soundly. With the hard work and support of a coalition only surpassed by the one that elected Joe Biden in 2020, we managed to not only take back our Commonwealth—we did an incredible amount of good for Virginians.

While many worked hard and sacrificed enormously to help protect the people of the Commonwealth of Virginia—a list of names too long to chronicle here in the detail it deserves—there is only one person I know who almost died doing it. While trying to flip a dark red district blue, she won her primary against all odds by a mere 10 votes—while literally upside down in a hospital bed, her twins in the NICU, facing 50/50 odds of surviving.

Her name is Jennifer Carroll Foy, and she’s running to be the next governor of Virginia.

You can read a lot about Carroll Foy, but if you haven’t met her in person, you’re truly missing out. Having had the honor of knowing her for a while now, I’ve witnessed time and again the electricity she can generate. It’s something that’s impossible to replicate.

I first encountered Carroll Foy, 39, while working with Amanda Litman in 2017. Litman’s Run For Something organization was one of the first on the ground here in Virginia helping to train, equip, and organize new candidates in that nascent stage where people don’t yet know what they don’t know. The Democratic Party of Virginia’s (DPVA) candidate training and equipment infrastructure at the time was a shadow of what it is now; many of us who stepped up to run in those early days were effectively screened with a single question: “Can you write a check for, or raise, $250,000?” The implication was that if the answer was “no,” then it was probably best not to bother.

When I emailed her recently to ask about her candidacy, Carroll Foy told me she would never be content with that kind of approach. “I remember the 2016 election hitting me viscerally,” she told me. “Watching Donald Trump win lit a fire in me—I thought, ‘Well, if he can win, then so can I.’”

Litman wasn’t content with that approach, either. It’s one that had been far too common nationally and was a major contributor in leading to a Democratic backslide of near-apocalyptic proportions—one that our democracy is paying dearly for today. Litman helped co-found Run For Something in January 2017 and immediately began looking for candidates in Virginia to help challenge Republican incumbents everywhere she could—including Carroll Foy (and me).

I caught up with Litman recently. As an early and unapologetic Carroll Foy supporter, she’d pegged her early on as a future leader. “When Run for Something first started working with Jen (during her 2017 primary), it was obvious even back then she was a rising star,” she says. Working against a primary candidate who had open support from the DPVA, Litman said that the reason that Carroll Foy was able to win was “because, much like now, she outworks and out-hustles her opponents, even and especially when she’s counted out.”

Litman was sure since “day one” that not only was Carroll Foy going to be the governor of Virginia someday, but “she’s going to make so many peoples’ lives better in the process. She’s smart, tough as nails, resilient, doesn’t back down from the important fights, and has shown over and over again what her priorities are: the people of Virginia.”

If you haven’t heard Carroll Foy talk about being one of the first Black women to attend and graduate from the Virginia Military Institute, then you need to—it’s a perfect summation of who Carroll Foy is, and what Black women like her have to go through to do the hard work of saving the country. They ignore the haters even when the deck is stacked against them, and they persevere against all odds.

What resonates most for me after getting to know Carroll Foy over the last few years is her firsthand experience in dealing with the American healthcare system, such as having to choose between paying for the medication keeping the grandmother alive who raised her, or paying for the mortgage to keep a roof over their heads. Her postpartum pain was ignored until it was almost too late, and she ended up rushed by her husband to the emergency department in the nick of time. Carroll Foy’s medical condition was ignored and dismissed, which is horrifically common; a recent ProPublica article reported that Black women are a stunning 243 times more likely than white women to die in childbirth or of pregnancy-related conditions.

This is most evident in rural America, which I asked Carroll Foy about specifically during our interview. She was unequivocal in her response, noting that Petersburg, Virginia—where she was born and raised—is, unfortunately, a case study in communities that have been overlooked and forgotten. “Petersburg,” she told me, “made me who I am, and it’s why I’ve spent my entire career being a voice for the voiceless—as a foster mom, public defender, and member of the House of Delegates. I will never forget where I came from.”

Where she comes from and what she’s been through are just a couple reasons why Carroll Foy considers championing the fight to pass Medicaid Expansion in Virginia to be the initiative she is the most proud of during her career as a legislator, knowing how many working families across the Commonwealth of Virginia were helped by that one vote. “Medicaid expansion,” she told me, “has meant that so many of our most vulnerable Virginians—those who are underpaid, veterans, people battling addictions, people with disabilities—now have a fighting chance.”

As an emergency department nurse, I can personally vouch for that. Having access to a primary care provider, being able to actually afford medication, and not having to rely on the ER for all care make a huge difference. These are all simple things that should have and could have been addressed long ago were it not for a national party comfortable with holding people’s health hostage for their own political gain.

Despite the very real progress we’ve made, however, we have so much farther to go. My day job affords me a front-row seat for every inequity, every injustice, every failure of our government to act to protect its own people. I can also personally vouch for the fact that our system is largely set up to fail the very people who need it the most. This keeps these people moving, in Carroll Foy’s words, “from one crisis to the next, without addressing the root of the problem that has left working Virginia families behind.”

That, Carroll Foy told me, is what she’s set out to fix: Because she’s experienced the worst of it herself, she won’t rest until nobody has to go through what she did. “I want to bring down the cost of healthcare because I know how painful it is to go without it,” she told me. “I will fight to raise the minimum wage faster because I’ve worked minimum wage jobs and I know how hard it is to get by on that little. I will give everything I’ve got to ensure we keep moving Virginia forward, because we don’t get change by recycling the same old policies and politicians of the past.”

When I asked Litman about this, she was unequivocal: “Jen doesn’t settle for ‘no,’” she told me. “I know she’s been told ‘no’ many many times over the last few years: that it’s not her turn to run, not her time to step up and lead. But that’s the same bullshit that’s been keeping women, and especially Black women and women of color, out of power for centuries.”

Again, while it does little justice to the electric presence that Jennifer Carroll Foy brings to a room, I nonetheless strongly advise everyone here to read the full transcript of our interview. Our discussions about rural Virginia, about Jennifer growing up in the one-time “most dangerous place” in the Commonwealth, and about those who have been left behind make it worth a read on its own, but it will help give you better insight into the candidate that Carroll Foy is, and her plans for keeping Virginia the progressive leader of the New South.

I have yet to decide who I am voting for in the gubernatorial primary that’s coming up in less than two short weeks, but I can say that without question, no Virginia voter should ignore the talent, depth, and perseverance of Jennifer Carroll Foy when they consider whose bubble they fill in for the top spot.