A 3-year-old child dies in Vieques, Puerto Rico, which still has no hospital 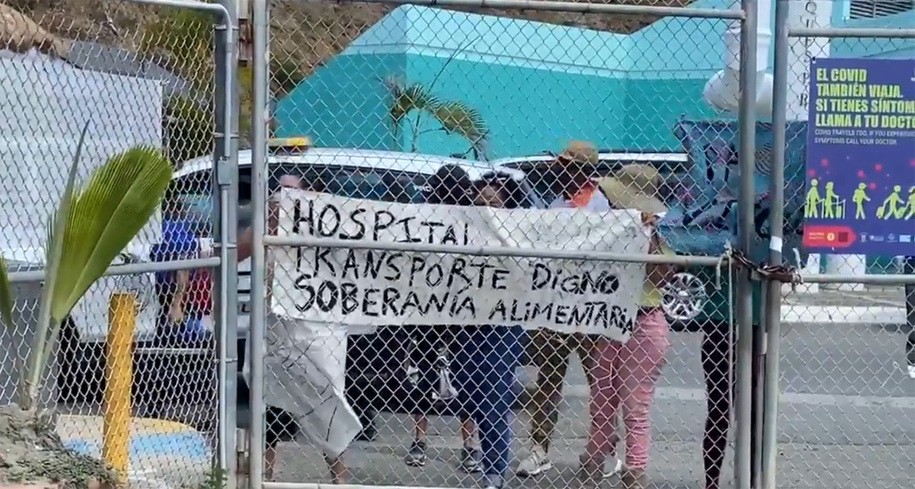 After a 3-year-old boy died this week in Vieques, Puerto Rico, angry residents say the death could have been prevented if the island had a functional hospital. Viequenses—the approximately 8,000+ residents of the island municipality, which is often referred to as “the colony of the colony”—have been protesting their lack of a hospital and efficient ferry service to the big island for the more than 1,300 days that have passed since Hurricane Maria made its devastating landfall on Sept. 20, 2017.

This is not the first death attributed to the lack of hospital on the island. Residents are still mourning the 2020 death of Jaideliz Moreno Ventura, 13, whose parents are now suing the Puerto Rican government.

Syra Ortiz-Blanes, reporting for The Miami Herald, writes of the death at the “provisional medical center”:

A police report said the toddler’s mother, Fransheska Rivera, took him to the island’s Diagnosis and Treatment Center (known by its Spanish acronym CDT). Doctors then referred Rivera to a hospital in the town of Fajardo, on the Puerto Rico mainland. But on the way to the airport the boy got sicker, and Rivera rushed back to the CDT. He was reported dead at 10:35 p.m. by the same doctors who had treated him a short time before, police said. Sources close to the immediate family said the toddler had been presenting gastrointestinal symptoms and was vomiting.

Vieques residents say the child’s death is one more tragedy underscoring the lack of a hospital on an island of about 8,300 residents, and of the state and federal government failure to build a medical facility more than three years after Hurricane Maria caused an estimated $90 billion in damage and left thousands dead. With the beginning of the 2021 Atlantic hurricane season only days away amid the coronavirus pandemic, Puerto Ricans fear that local officials are not ready for potential storms.

Democratic Rep. Nydia Velázquez and former Democratic Speaker of the New York City Council Melissa Mark-Viverito both spoke out about this latest tragedy.

Just weeks ago, I met with the head of @fema and explained the health crisis in Vieques. I told her it was a matter of life and death and now tragically another child has died because of lack of a proper hospital on the Island. This CANNOT wait. https://t.co/ElpjwancKd

Paolette Rodriguez, who posts regularly about Vieques on Twitter, offers history and context.

Thread: What’s happening in Vieques #PuertoRico. A 3 yr old boy died in Vieques after the govt failed to transport him to the big island for a medical emergency. Vieques has been without a hospital since Hurricane Maria in 2017.  However, this is not an isolated incident. 👇🏼 pic.twitter.com/G12XEx4DBV

Rodriguez amplifies D. Ramos Gutiérrez, who notes that the lack of supplies pits those with few resources against those who have far more … and that’s before factoring in the needs of tourists.

This is what an unreliable maritime transport system looks like for residents of Vieques and Culebra. Markets, pharmacies, gas stations, etc. This happens monthly, sometimes even weekly. #PuertoRico https://t.co/7mmoEthGLx

The current governor of Puerto Rico, Pedro Pierluisi, announced in April that the bidding process for the construction of a hospital for Vieques had begun. This came over a year after FEMA, under the Trump administration, announced that they had approved $39.5 million for hospital construction, and two weeks after the death of 13-year-old Jaideliz Morales. Pierluisi’s announcement noted: “A virtual pre-auction meeting will take place May 3, and the winning proposal will be announced May 21.” I have not found any news yet about that planned announcement.

The best English language coverage of this travesty and political boondoggle I’ve heard so far has come from WNYC and Latino USA’s La Brega podcast.

Vieques And The Promise To Build Back Better, the episode I worked with @eldifusor and @dramosgutierrez for #LaBrega , dropped on @LatinoUSA podcast feed this morning and will start broadcasting tonight across the United States on public radio stations. https://t.co/k2ufVX3ru2

For a deeper look at Vieques, I’ve been following clips and news posted to the Facebook page for the upcoming documentary film Broken Worlds: The Island.

The teaser trailer is short but powerful.

This extended trailer gives a deeper look at the horrors faced by Viequenses, from the immediate aftermath to now, nearly four years after Maria. From the toxic materials left behind by the U.S. Navy to $4 heads of cabbage to dying animals, the subjects of the documentary remind us that Vieques is “America’s island,” and asks, “Are we neglecting Puerto Rico on purpose?”

No matter what is going on the U.S. mainland, it has proven difficult to get the mainstream media and its audience to pay attention to Puerto Rico; as the “colony of the colony,” the challenge is doubled for Vieques.

I hope you will help by spreading the word.