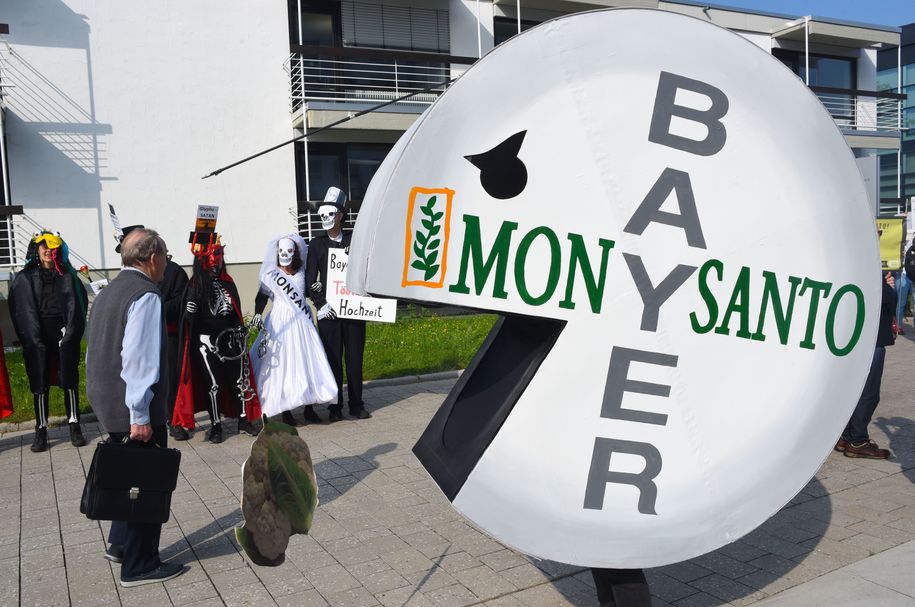 There really was no silver lining to this country’s four-year sentence under the kakistocracy of the Trump administration. Beyond a huge, unnecessary tax cut lapped up by a tiny slice of this country’s wealthiest, no affirmative act stands out as actually benefiting American citizens; very nearly every action it took was laced with corruption, self-interest, and habitual, routine disregard for the American public. Perhaps if one were to search for a silver lining, it might be that the Trump administration provided a clear, unmistakable picture of what government by a political party solely bent on looting the public coffers actually looks like in practice.

Nowhere was this more apparent than in the behavior of those who Donald Trump appointed to run our taxpayer-funded federal agencies. As the Biden administration enters its sixth month of repairing the damage caused by Trump’s political appointees, stories continue to emerge that reveal just how insidious their efforts were. At the Environmental Protection Agency (EPA), an agency nominally created to preserve and protect the environment, those stories have started to take on a Kafka-esque quality as time passes and more and more incidents come to light.

It’s impossible to separate the intended function and operation of the EPA from scientific discipline and scientific research. But under the Trump administration, respect and attention to science invariably collided with political ideology and opportunistic greed. When faced with obstacles to its political agenda from science, the administration’s response usually consisted of ignoring the science or pretending it didn’t exist. But when those strategies failed to yield a desired result, the next tactic, as we are now seeing, was to rewrite the science itself.

As reported by Rachel Frazin for The Hill:

Environmental Protection Agency (EPA) scientists told the agency’s internal watchdog that scientific analyses were changed in favor of top officials’ policy choices in the 2018 reapproval of a pesticide, according to a new report.

The inspector general’s office said in the report published Monday that scientists in the Office of Pesticide Programs gave examples of such actions in interviews in the reapproval of the pesticide dicamba.

Multiple scientists said and emails showed that after a senior management review, the assistant administrator’s office gave scientists an outline for rewriting an impact analysis document that removed several sections of the original, the watchdog said.

Dicamba is a potent herbicide, primarily a weed-killer, that has been registered in the U.S. since 1967. It is used in agricultural, industrial, and residential settings. Like most herbicides, it is far from harmless, having been linked to increased cancer rates as well as non-Hodgkins lymphoma. But as its utility for killing weeds is well-established, its usage has remained widespread, particularly since 2017, when the Monsanto corporation (now owned by Bayer) began looking around for a better solution for weed control, due to increasing resistance by certain weeds to other herbicides (such as Monsanto’s own RoundUp). Ultimately, Monsanto developed some dicamba-resistant, genetically modified crops (primarily cotton and soybeans) which they then marketed to agribusinesses alongside supplies of dicamba herbicide. It’s hard to imagine a better outcome for Monsanto.

But it didn’t last very long. Farmers adjacent to these newly dicamba-treated fields began complaining that dicamba, which vaporizes easily, had begun to waft over their own non-resistant crops, killing them, as well as potentially destroying food sources relied on by farmers for pollination by bees. Ultimately, as reported by the St. Louis Post-Dispatch, “Millions of acres of crop damage [were] reported across U.S. farms,” resulting in numerous multimillion dollar lawsuits against Bayer, Monsanto’s new owner. By 2018 it had already appeared that dicamba’s days were numbered, with EPA scientists prepared to deliver the mammoth seed and agri-chemical company some very unwelcome reports, as the date approached for the product’s reapproval by the EPA.

According to the EPA’s Office of Inspector General report released this week, that’s the moment when Trump officials at EPA’s Office of Chemical Safety and Pollution Prevention took it upon themselves to make some selective additions and deletions to the scientists’ work and recommendations about dicamba. What the report dryly describes is akin to taking a Sharpie to the scientific documents intended to inform the agency’s regulation process.

While division-level management review is part of the typical operating procedure, interviewees said that senior leaders in the OCSPP’s immediate office were more involved in the dicamba decision than in other pesticide registration decisions. This led to senior-level changes to or omissions from scientific documents. For instance, these documents excluded some conclusions initially assessed by staff scientists to address stakeholder risks. We also found that staff felt constrained or muted in sharing their concerns on the dicamba registrations.

The report makes it clear that the additions and deletions were intended to distort the scientific papers in order to downplay the risks to other farmlands associated with dicamba usage. From the report:

The EPA’s actions on the dicamba registrations left the decision legally vulnerable, resulting in the Ninth Circuit Court of Appeals vacating the 2018 registrations for violating FIFRA by substantially understating some risks and failing to acknowledge others entirely.

The OIG report specifically notes that “Multiple scientists said they felt directed to change the science to support a certain decision and that the reasons for senior managers’ requested changes were not documented.” Put simply, the Trump EPA distorted or hid the scientific warnings about dicamba in order to justify its continual usage, and they did it so ham-handedly, a federal appellate court took notice and slapped down the approvals.

Not to be denied, however, and as reported in the trade publication Successful Farming, just one week before the 2020 election, the Trump EPA issued new five-year approvals for dicamba, with “safeguards” that purportedly took the scientist’s concerns more seriously and more fulsomely addressed the protection of neighboring farmers’ crops and pollinators. Whether dicamba actually can now be safely used or not going forward will be determined by the EPA under the Biden administration.

The OIG’s report notes that “senior leaders” in the OCSPP—in other words, Trump political appointees—were more heavily involved in the dicamba approval process than would normally be expected. Three of these senior leaders, as yet unnamed, were implicated in the distortion and alteration of the scientific findings.

As noted in the Successful Farming article:

“In our interviews, OPP (Office of Pesticide Programs) divisional scientists provided examples where scientific analyses were changed to support senior officials’ policy decisions,” said the OIG report. In one instance, senior management decided to use plant height, rather than recommended approach of visual signs of plant injury, to evaluate off-field movement of dicamba. “This direction by senior management changed the division’s scientific conclusions.

Of course there is no known paper trail concerning the exact motivation underlying these alterations, but some things are worth noting with regard to Trump’s relationship with Monsanto. Like many other corporations, Monsanto donated to Trump’s inauguration, but this was not something they had not done for Presidents Barack Obama or George W. Bush. More significantly, CEOs from both Monsanto and Bayer began courting Trump in the weeks before his inauguration, pressing him to approve the merger between the two companies; the end result was the Trump DOJ greenlighting the deal in 2018. The extent of Monsanto’s direct or indirect contribution’s to Trump’s opaque campaign coffers is unclear, but it is also worth noting that Monsanto donated twice as much money to Republicans than Democrats at the federal level in the 2017-2018 cycle.

Of course, the only way we may ever find out what motivated this unusual hands-on manipulation of a regulatory decision would be to place the political appointees responsible for the meddling in question under oath. Even then, it does not seem likely a clear answer will be forthcoming. What we have thus far is a statement from the deputy assistant administrator of the EPA’s OCSPP office, a fellow by the name of Erik Baptist, whose brief tenure at EPA was preceded by a longer career as counsel for the American Petroleum Institute. According to Open Secrets, Baptist also worked as an editorial assistant at the right-wing Heritage Foundation, and as a research assistant at the ultra-conservative Washington Times.

“Senior career and appointed leaders pay particular attention to every decision that may have a significant national impact. The 2018 dicamba decision was no different,” [Baptist] said. “For senior leaders not to be ‘more involved in the dicamba decision than in other pesticide registration decisions’ would have been a dereliction of responsibility.”

This is a lawyer’s weasel-language, and sidesteps the issue of misconduct. Altering scientific findings to obtain a desired result is not part of any EPA employee’s job description.

According to Successful Farming:

EPA policy says reviews by managers should be based solely on considerations of scientific quality. Managers and leaders are prohibited from altering scientific data, findings, or professional opinions or knowingly misrepresenting or downplaying areas of scientific uncertainty.

Without providing any specifics, and according to Frazin’s article for The Hill, Baptist (whose office at EPA is directly implicated in the OIG report) now says that the OIG report contains “numerous inaccuracies.” Perhaps Baptist should list them, since, as farmers’ attorney Paul Lesko told the Post-Dispatch, “The report begs to have further investigation done into it.”

Still, the damage caused by revelations of political meddling with science has ramifications that extend well beyond the misconduct unearthed in the OIG’s report. As the Post-Dispatch points out, farmers and scientists alike now recognize the seriousness of the damage these Trump people did.

The report, released Monday, does more than sow distrust, several said. It undermines the credibility of federal regulators, discourages the participation of outside scientists, encourages lawyers to mount new arguments, and could push farmers to reconsider their crop decisions.

We should also keep in mind that this OIG report reveals just one example of Trump officials attempting to distort science for their own purposes. As scientists begin to step forward, it’s all but guaranteed that many similar reports will follow.