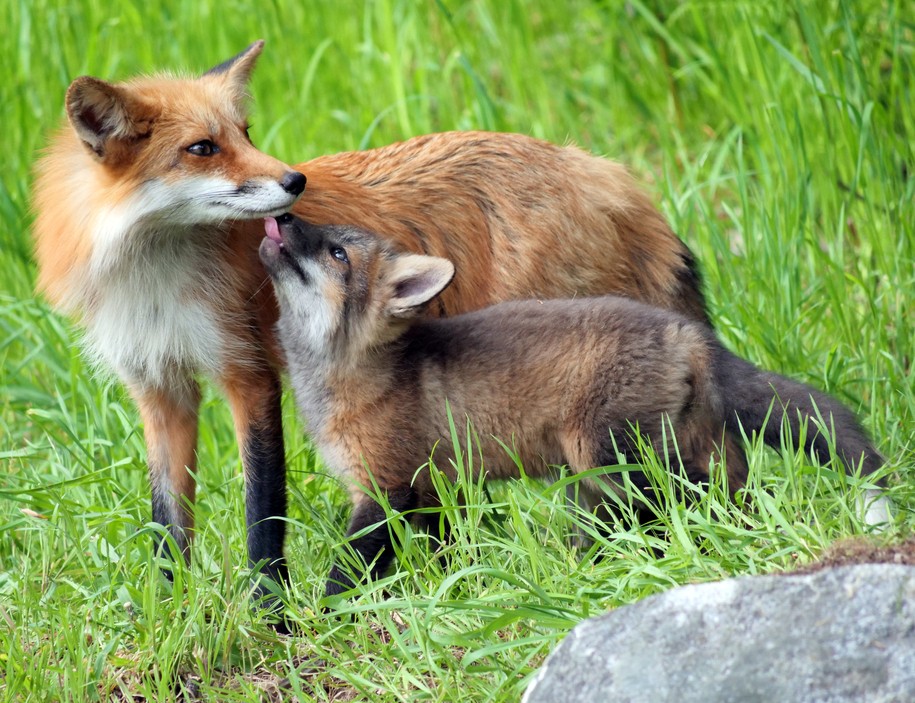 There is a population of foxes on San Juan Island in northwestern Washington state, where I live. They are non-natives who were brought here in the 1930s by island dwellers who were trying to come up with a solution for dealing with the island’s other main invasive species, rabbits (who seem to have arrived sometime in the 1850s with early British settlers). It didn’t really work—the foxes mostly just spread out across the whole island, while the rabbits remain centered at its southern end. But since foxes are not good swimmers, the species did not spread. They have remained here and have become accepted members of the island ecosystem, having survived some tough years in the 1990s.

These are red foxes, but there is a black/silver (technically, “melanistic”) variant among them. So some are red and some are black, sometimes in the same family. And every spring, fox mommas bear litters of their kits, and the island’s residents get to enjoy watching them grow up, while trying to keep them safe from passing cars. (It’s also taboo to feed them—naturalists dealing with the starving populations we saw in the ‘90s realized the problem was dependency on humans. They thrive when they’re on their own, because there’s plenty of prey for them here.) In any event, I was able to enjoy a couple of late afternoons this past month observing them from an appropriate distance with my telephoto lens in hand. Hope you enjoy the results.