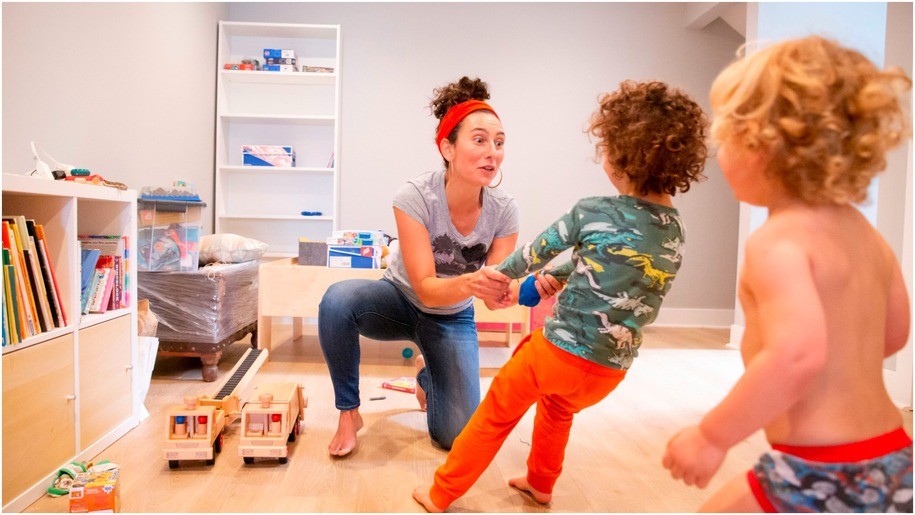 A Georgia woman who was asked to drive into work for a six-minute meeting took the kind of leap of faith many only wish they can take. Portia Twidt got dressed, took her two children to day care, and drove into the office like she was required to do, but then she quit, Bloomberg reported. “I had just had it,” she told the news site. Employees first forced to work remotely due to the coronavirus pandemic are being asked to return to work in person now that vaccination use and availability have increased. Only, many are beginning to realize they are better able to manage the responsibilities of their jobs and achieve a healthier work-life balance when allowed to work from home. Employees are coming to that realization despite bosses who protest it.

“They feel like we’re not working if they can’t see us,” Twidt told Bloomberg. “It’s a boomer power-play.” A survey of 1,000 U.S. adults in May revealed that 39% of those surveyed would leave their jobs if employers didn’t allow remote work in some capacity, and that number shot up to 49% for millennials and Generation Z, Bloomberg reported of the poll by Morning Consult. I wasn’t a part of the survey, but as a disclaimer, it’s worth noting that I left a position when I was no longer allowed to work from home following the birth of my first child. I have happily worked in a permanently remote position here at Daily Kos for more than a year now. My reasoning for doing so was simple: My family has to come first for me to thrive at work.

While companies like Google, Citigroup, and Ford Motor Company have vowed to be more flexible, Twitter seemed to take the lead with an announcement last May that its employees would be working remotely permanently. “Twitter was one of the first companies to go to a work from home model in the face of COVID-19, but we don’t anticipate being one of the first to return to offices,” Jennifer Christie, the company’s head of human resources, said in a blog post on May 12, 2020. “We were uniquely positioned to respond quickly and allow folks to work from home given our emphasis on decentralization and supporting a distributed workforce capable of working from anywhere.

“The past few months have proven we can make that work. So if our employees are in a role and situation that enables them to work from home and they want to continue to do so forever, we will make that happen.”

Tech companies in smaller cities have also benefitted from the transition to remote work forced by the pandemic, Wall Street Journal writer Katherine Bindley reported in November. “For years, high-talent tech workers have been drawn to Silicon Valley, willing to put up with exorbitant housing prices and long commutes to benefit from the skill and experience of their colleagues, and the largess of employers and investors,” Bindley wrote. “The result, a culture of entrepreneurialism and inspiration, has been hard to match elsewhere. But the remote-work era ushered in by the coronavirus pandemic is upending not only where tech workers want to live and how much money they can make, but also what kinds of opportunities they are willing to consider.”

Deepinder Singh, founder of Bloomington, a Minnesota startup to help start innovation-driven businesses, told The Wall Street Journal he hadn’t gotten a single application from a big tech company in seven years, but in May he got more than 12 on each coast with another of his companies, 75F Inc. Consultant Kyla Brown told the Agence France-Presse news agency she left San Francisco for El Cerrito, a city about 16 miles away, to be closer to family for babysitting purposes. “Once upon a time, a reason why we wouldn’t have wanted to move was because we had friends who had kids the same age as ours and we saw them all the time,” Brown said last September. She added: “Practicality right now was the number one priority.”

Jimme Hendrix, a software developer in the Netherlands, told Bloomberg he quit his job when the company that hired him started preparing to bring employees back into the office. “During Covid I really started to see how much I enjoyed working from home,” he said.

“I can just do whatever I want around the house, like a quick chore didn’t have to wait until like 8 p.m. anymore, or I can go for a quick walk,” Hendrix said. Anthony Klotz, a Texas A&M University professor, told Bloomberg that employers drawing a hard line should beware. “If you’re a company that thinks everything’s going back to normal, you may be right but it’s pretty risky to hope that’s the case,” he said.