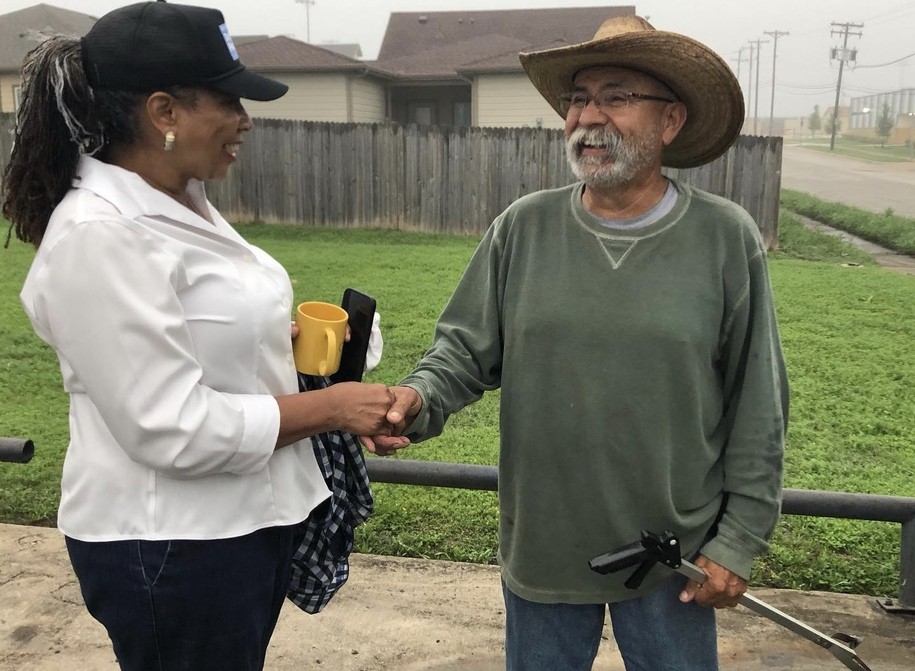 Tarrant County Democratic party Chair Deborah Peoples will face Mattie Parker, a former chief of staff to outgoing Mayor Betsy Price, in a runoff election on Saturday to be the next mayor of Texas’ fifth largest city. Peoples led Parker 34-31 in the first round of voting on May 1.

The race has attracted attention from some of the biggest names in Texas politics, as Peoples has picked up support from Democratic Reps. Marc Veasey and Eddie Bernice Johnson and 2018 Texas Senate nominee Beto O’Rourke, while Parker nabbed endorsements from Repubican Gov. Greg Abbott and third-place finisher Brian Byrd. Some major national groups have also been paying attention to this contest, with EMILY’s List throwing its backing behind Peoples.

Parker was a strong fundraiser during the first round of voting, and during the most recent fundraising period, she raised $750,000 while spending $970,000. Peoples, by contrast, was not an especially prolific fundraiser prior to May 1, and while she’s since picked up the pace, she still trailed widely on the financial front, raising $405,000 and spending $365,000.

Diversity and equity, particularly as they relate to policing, have emerged as dominant topics during this race. Peoples has been outspoken about focusing on the needs of Fort Worth’s residents of color to create better relationships between those communities and the police. She’s frequently spoken about family members who’ve served in law enforcement and her general support for police but has emphasized the need for significant reforms.

Fort Worth is rapidly diversifying, with the white population in the city shrinking from 57% in 1990 to just over a third in 2018. As such, Parker has tried to steer clear of some of the more incendiary racial rhetoric typically seen from Republicans: For instance, there’s been little talk of critical race theory (as there was in last month’s race for school board in the town of Southlake, just to the north). Instead, Parker has acknowledged the different viewpoints communities of color may have, saying “You have a responsibility, especially when you’re a young white woman living on the west side of Fort Worth, to listen more, understand the plight of our community.”

Parker has still taken many traditional GOP positions on criminal justice issues, though. She has the backing of the Fort Worth Police Officers Association and has lavished praise on the city’s police department and its current police chief. She also opposes curtailing the doctrine of qualified immunity, which currently shields police officers from liability in civil suits, an idea that Peoples supports.

Regardless of who is elected, one of the first matters the next mayor of Fort Worth will have to grapple with is the trial of Aaron Dean, a white police officer who shot and killed Atiana Jefferson, a Black Fort Worth resident, in her home in 2019. Dean, who was indicted on murder charges, is tentatively set to go to trial in August.