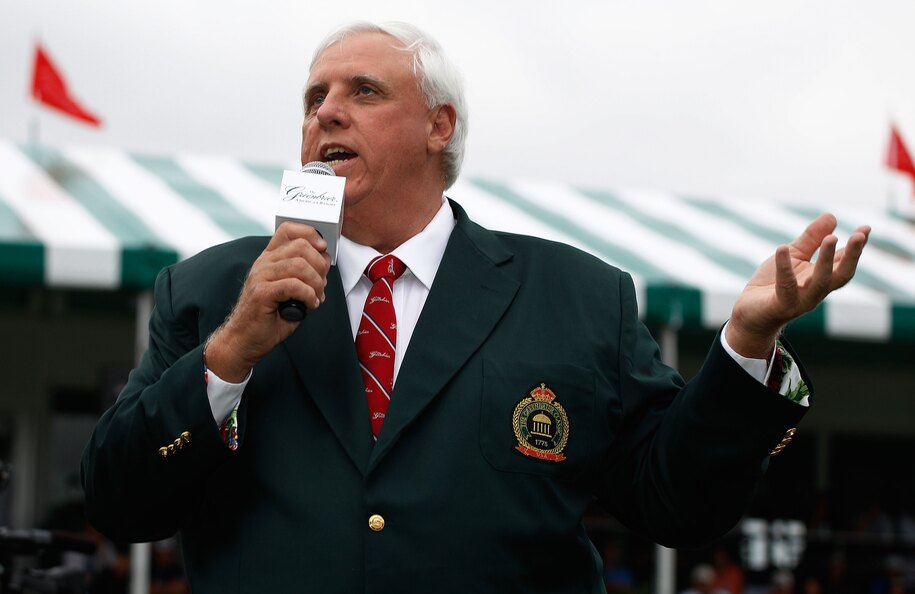 Republican Gov. Jim Justice of West Virginia is your run-of-the-mill Trumpian billionaire. He is considered the wealthiest person in West Virginia even though he’s something of a deadbeat, living off of subsidies, and failing ever upward. He mindlessly parrots whatever the conservative culture war persecution complex-of-the-day may be. Like Trump, Justice owns a golf course. And like Trump, Justice has reportedly made his life’s work dodging taxes and not paying his bills.

On Monday, The Wall Street Journal reported that Gov. Jim Justice was personally on the hook for $700 million in loans taken out for his coal interests from investment fund Greensill Capital, based in the U.K. Greensill Capital has gone bankrupt, with a Swiss bank freezing the fund in March. According to the WSJ, Justice’s Bluestone Resources Inc., which had expected an abeyance on paying off the loans until 2023, was in talks with the bank. On Tuesday, justice confirmed that the Journal story was, in fact, true. Please grab your tissues and your tiniest violin.

Justice told reporters that this large loan is now “a burden on our family beyond belief, and we’ll have to deal with it. It’s tough, it is really tough.” The WSJ reports that Greensill “packaged the loans and sold them to investment funds managed by Credit Suisse Group AG,” and with the freezing of the company’s assets, Credit Suisse was “under pressure” to get back some of the money lost—and fast. Justice’s Bluestone was named by Credit Suisse as one of Greensill’s three top borrowers, and so the clock has begun ticking.

According to justice, his son (who serves as the CEO of the company while Justice is governor) told him he had spoken to Greensill just two days before the company filed for bankruptcy. According to Justice, Greensill told them everything was going swell. It must be a weird feeling to be told one thing and then realize you are being lied to and a lot of your money is about to disappear down a hole, right?

[In an unrelated story, take a look back at the Republican tax giveaway to the rich and corporations]

Sadly, the richest man in West Virginia, estimated up until this past year of being worth $1.2 billion, is now pegged at $450 million, according to Forbes. Of course, based on reporting done on Justice’s penchant for being tardy with bills, the chances that Credit Suisse is going to be seeing a check soon are slim to none.

Since 2016 courts have ordered Justice and his companies to pay more than $10 million to more than a dozen suppliers, workers and government entities. Over the same time, his companies also piled up $13 million-plus in tax liens. He claims to have paid off many of these. Still looming: another $60 million in potential damages in a civil case awaiting final judgment, plus up to $3 million in fines in Kentucky. And then there’s mine reclamation. By federal law, when a surface mine closes, the operator has to restore the landscape. Virginia’s Department of Mines, Minerals and Energy estimates that Justice’s coal companies face $200 million in reclamation liabilities. (Justice claims it will cost closer to $10 million.)

Justice owns over 100 companies, according to Forbes, that historically brought in about $450 million annually. However, that profit only provides somewhere in the vicinity of $20 million annually for the Justice family.

Justice, like his buddy Trump, is litigious. He sues people and is sued routinely. Bluestone sued Greensill for fraud in March, after the bankruptcy filing. Justice told reporters that his family plans to “continue to pay our obligations and move forward.”