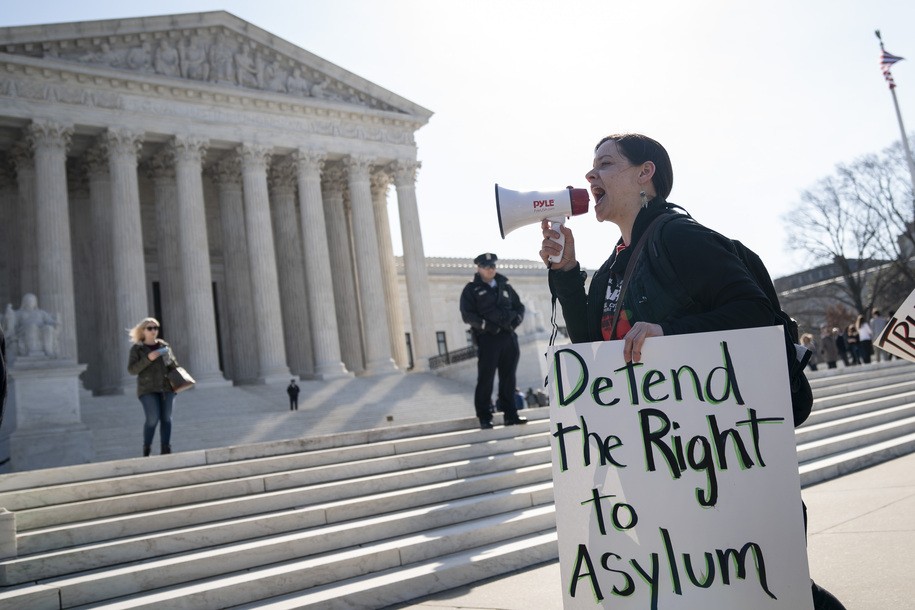 As calls for immigration reform continue, the Biden administration has teamed up with six humanitarian groups to admit up to 250 asylum-seekers a day until July 31. According to NBC News, the groups have been tasked with recommending which migrants should be allowed to stay in the country, as opposed to being rapidly removed under the federal pandemic-related orders that blocked individuals from seeking asylum.

The groups will “choose” by advising the administration which groups are most vulnerable. The criteria they will be using have not been made fully public. While the advisory groups have not been publicly identified, two people with knowledge of the issue told reporters they include the International Rescue Committee, Save the Children, HIAS, and Kids in Need of Defense, in addition to Mexican organizations Asylum Access and the Institute for Women in Migration.

The announcement follows an increase in migration to the U.S. According to the Associated Press, while the numbers of migrants decreased due to the COVID-19 pandemic, U.S. Customs and Border Protection reported a surge of tens of thousands of immigrants at the border since April. Border authorities have recorded the highest number of encounters with migrants in more than 20 years in April alone.

Many were noted as repeat crossers, and children crossing alone were also at an all-time high. According to border data, a record-breaking 18,960 unaccompanied migrant children arrived at the border in March, Daily Kos reported.

The order to not allow for asylum during the COVID-19 pandemic was instituted by former President Donald Trump, but it remained despite the new administration. Advocacy organizations are hoping that after July 31, the public health order will be lifted; however, no confirmation of this has appeared.

According to NBC News, almost 800 asylum-seekers have been let in since May 3, but the demand for asylum still remains high. The initiative is currently active in El Paso, Texas, but expects to be expanded to Nogales, Arizona, NBC News reported.

While this is a positive step towards allowing asylum-seekers into the country, critics believe that the power to decide who can seek asylum should not remain with such a small group of organizations. Some believe that there is no guarantee, especially with no current public criteria, that the most vulnerable migrants will be selected.

“It has been murky,” said Jessica Bolter, an analyst at the nonpartisan Migration Policy Institute. Bolter believes the administration is attempting to quietly discourage more migrants from coming. “Setting out clear and accurate information about how and who might get in might lead to fewer migrants making the trip, so there’s not this game of chance that kind of seems to be in place right now,” Bolter said.

According to NBC News, the groups have said that they are just streamlining the process, but migrants can come from anywhere. However, special consideration is being given to individuals who have been in Mexico for a long time and are in need of medical attention, have disabilities, are members of the LGBTQ community, or are non-Spanish speakers. Candidates are being sought out via social media and other platforms.

The groups were chosen by the U.N. High Commissioner for Refugees’ office in Mexico, which upholds their credibility. “We’ve had long relationships with them and they’re trusted partners,” said Sibylla Brodzinsky, a spokeswoman for the U.N. office.

Similar initiatives have taken place in the past, but not at this level. In March, the American Civil Liberties Union (ACLU) began accepting 35 families a day into the United States at places along the border. That program, still active and separate, has no end date.

Speaking to vetting those who are most vulnerable, ACLU attorney Lee Gelernt said advocacy groups are in “a very difficult position because they need to essentially rank the desperation” of people. He added that he believes this selection process is only temporary and that the government “cannot farm out the asylum system.”