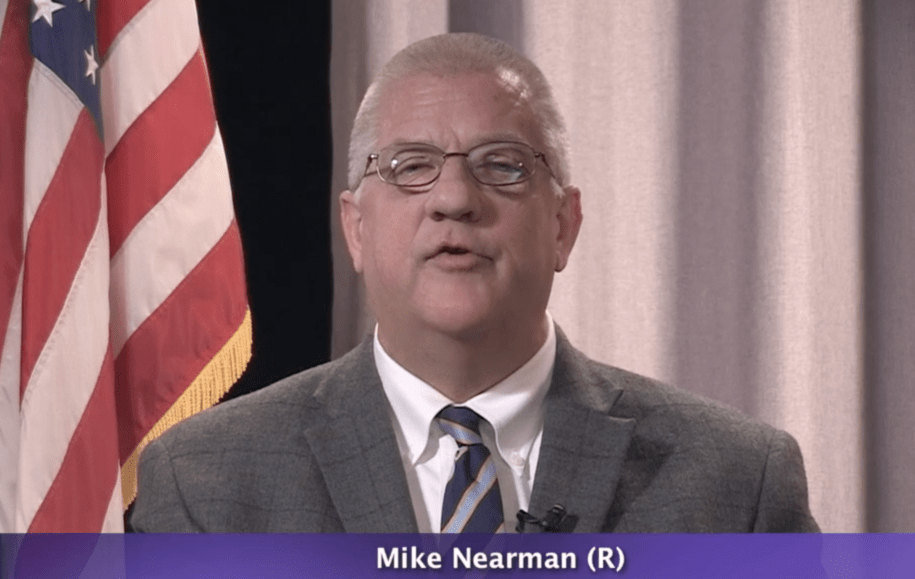 Oregon state Rep. Mike Nearman let armed protestors into the state’s Capitol building in December, which led to a violent encounter with the police who sought to remove them. The protestors attacked the police and used pepper spray.

Nearman willfully endangered the lives of those officers, along with the lives of his fellow lawmakers and Capitol staff. Although the original video of the Republican opening the door was pretty damning, a new video has emerged that leaves no doubt that the storming was planned.

Newly surfaced YouTube video shows Nearman giving instructions to his constituents on how to breach the Capitol building, step-by-step, in a scheme he calls “Operation Hall Pass.” During the in-person and live-streamed event on Dec. 16 gives his chuckling audience guidance on what to text him, where to stand, and how to get in. He knows what he is doing is illegal, which is why he intersperses his instructions with coy language. He says he will deny knowledge of the scheme, and claims he’s just rattling off random numbers—which happened to be his cell phone number.

The Oregonian broke the story.

“We’re talking about setting up Operation Hall Pass, which I don’t know anything about and if you accuse me of knowing something about, I’ll deny it. But there would be some person’s cell phone which might be” and he recites a phone number beginning with 971.

Nearman was speaking to an anti-union group called the Freedom Foundation, which is funded by billionaires such as Charles Koch and the DeVos family. And as we all know, his instructions were followed five days later, during a special session on Dec. 21.

Democrats in charge of the legislature have already stripped Nearman of his committee assignments, and forced him to give up his badge to access the building.   He’s been asked to resign, but has refused. The Oregon GOP is, as expected, deadly silent and complicit, just as national Republicans have been about Jan. 6.

This video compiles the Dec. 16 plotting and the Dec. 21 breach.

Additionally, during the Freedom Foundation plotting event, Nearman explained the best day for the breach, saying “Monday, you’ve got one crack at it there.” The anti-mask maniacs ultimately stormed the Capitol during a one-day special session, held just before Christmas … on a Monday.

Don’t for a second think that these conservative traitors aren’t above promoting violence to stay in power. As sick as this was, state Rep. Nearman is nowhere near as crazy as the current crop of Republicans in the nation’s House, like Reps. Jim Jordan, Louie Gohmert, Mo Brooks, Matt Gaetz, Lauren Boebert, and Marjorie Taylor Greene.  In what reality would someone think that any of these people would be “above” giving  advice and tours to insurrectionists prior to Jan. 6, which they have been accused of doing?

The truth is going to come out, and it isn’t going to be pretty.