Nuts & Bolts: Inside a Democratic campaign: The four horsemen of campaign communications 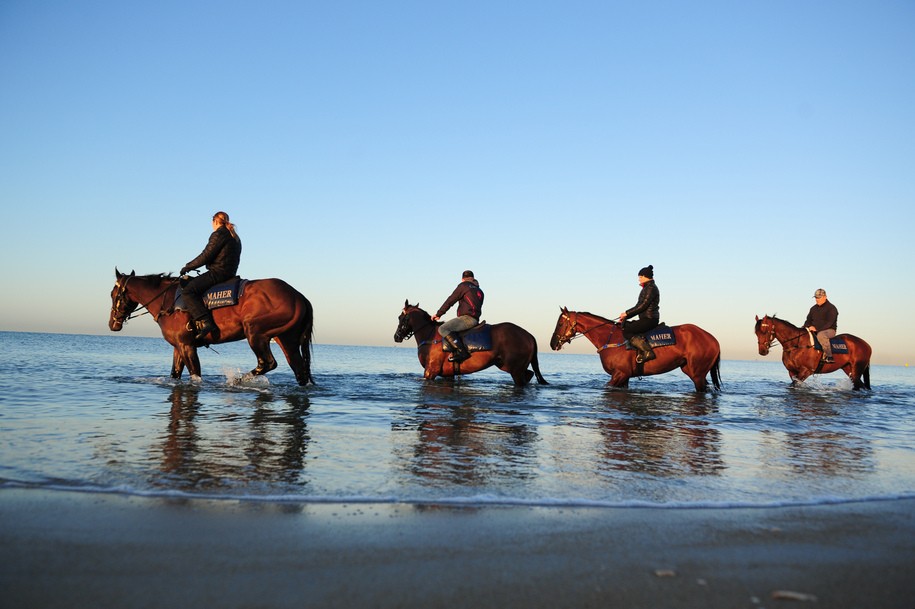 Welcome back to the weekly campaign Nuts & Bolts Guide to small campaigns. Every week I try to tackle issues I’ve been asked about. With the help of other campaign workers and notes, we address how to improve and build better campaigns, or explain issues that impact our party.

This week, I will address an issue that has, unfortunately, become more frequent in campaigns: Combative relationships with press and reporters and poorly thought out communication strategies have helped killed quite a few campaigns. What goes wrong? Surprisingly, one of the best ways to avoid this problem is to think about a campaign relationship with press the same way you think about your relationship with your spouse, your family, and your friends.

If you’ve ever talked to anyone about a dysfunctional relationship in their family or with their spouse, it’s very likely you have heard of the Gottman Method, a research-based look at how to improve and stabilize relationships. What’s interesting is that many of the problems the Gottman Institute points out are the exact problems that campaign communications run into—and refuse to fix. Want a better way for your campaign to communicate, be heard, and get respect? Let’s talk about the four horsemen of campaign communications.

The role of campaign communications should be to craft a message and work to promote that message in a way that builds a narrative that helps elect your candidate. Your communications don’t only move in one direction. If you want communications to work, you need to have strong listening skills and avoid falling into the patterns that kill friendships, marriages—and yep, campaigns.

The press who covers you wants quotes. They need something to fill their digital paper or their print edition. They have (physical or digital) inches to cover. They’re going to ask questions; it’s their job. Responding to the press, surveys, and responses matters. The way you respond to them at every level can make a big difference in ongoing communication work. If you start out with friendly complaints, like says, “Why don’t we spend a little bit more time talking about X?” to change the subject rather than, “I can’t believe you’re still asking about X,” you can start to change the discussion without harming a relationship you want. Keeping a positive relationship with the press helps you all the way around. A press audience that knows they can get good quotes from you will at least reach out to you when a story is coming. When you repeatedly criticize them, no matter how unbiased they want to be, it is hard to stay so unbiased that you don’t give space to those who oppose you in your goals.

The bigger problem with campaign communication criticism is that the criticism is often applied to the press with other reporters—and seriously, it gets around. Imagine you are talking to, say, the Associated Press state house reporter and you say: “I came to you because the reporter for the Capital City paper is a jerk, and you are my guy.” There are a few outcomes of this, and a lot of them are not good for you. The reporter may be happy for the quotes, but the criticism of a fellow reporter puts them on edge, making them wonder how you treat them behind their back. It doesn’t guarantee that word won’t get back to the reporter you want to avoid, who will at least notice by the fact they aren’t getting options to publish.

If you ever want to see someone who handled the press poorly, take a look at Sean Spicer.

By referring to questions as “silly” or attacking the questioner, he engaged often in both criticism and defensiveness. When you expect always to be attacked, you’re fighting over nothing. Spicer came into the briefing room ready to fight over absolutely nothing that mattered to the Trump administration—nothing. He just went in to fight, refusing to accept the question or even address questioners.

Now, before we mock Spicer too much, let’s think about Democratic campaigns and communication directors. We have some who handle this fantastically, and we should be grateful. While I don’t often see Democratic communication staff who do as poor a job as Spicer, I’ve heard from other campaign workers in writing this series about communication work that was very combative to local press to the point of waiting to pick a fight, often for no reason at all.

You will get asked a lot of questions while running for a county or state office. Not all of the questions will be friendly. That’s okay. If you start your communication on a combative front with defensiveness, you will alienate even those who want to vote for you because you aren’t finding your footing to address things you want to address. Being defensive is like quicksand. The more you argue, the more you fight, the deeper you sink.

There are some campaigns where contempt is a given. Newsmax, OANN, and even Fox News can be contemptuous. Unless you’re running for the Senate, they aren’t likely going to focus on you as a smaller candidate.

Your local press is rarely worthy of contempt. Contempt, or the complete disrespect of someone, is viewed by the Gottman Institute as the “marriage killer.” For campaigns, contempt of the press and reporters can be a campaign-killer.

Let’s say that the local press is covering a story about a budget issue, or an issue inside of your district. The issue isn’t necessarily one that directly impacts your campaign or the office you’re running for, but it is something constituents care about. If your relationship with the press has shown that you completely disrespect them, or your campaign staff does, the press is less likely to reach out to you for a quote.

Contempt isn’t just about showing you dislike them—it’s also about wasting their time. Here’s an example provided to me by a national reporter: In an effort to reach out to a state senator, he called and was informed by staff that he would have to schedule a time to speak to the senator. He told them he was on a timeline and needed a quote on a subject. He left them the subject matter and was told they would get back to him that afternoon. Hours passed. He called their office again and was told they would send the message on to the senator after they had scheduled it. He was puzzled. “Could you just text the question to him and see where it goes?” “No.” And that ended the conversation. Meanwhile, a Republican senator in the same body had two quotes ready to go.

The reporter was on a deadline and tried to be fair to both sides, but after being pushed off several times by a Democratic elected, they did not get a quote. In so many ways, this is contempt. You have to realize that the press have time commitments and deadlines they have to respect. You don’t always have the benefit of just ignoring them. I always advise candidates to say: “I have to finish what I’m doing right now, but can you tell me what it’s about, and I can call you back?” This is a way to put together a quote or some content on the question while respecting the reporter’s time. When you play the contempt card by disrespecting their time, job, and the role they play, then expect your opponent to get the quotes while you’re left out in the cold.

This is what I see in campaigns more and more often. Stonewalling has grown to a level where it has become a feature, not a bug, of small campaigns that believe refusing to talk to press is the right answer. Heads up: It isn’t. Your communication strategy can’t just be about your candidate or your campaign releasing social media videos, TikToks, and posts on Twitter and Facebook. You need to be able to reach outside of your sphere of influence and into a broader discussion, even with those who don’t always agree with you.

To do that, you can’t stonewall. The worst examples I see of this are campaigns that will not attend public meetings, not offer to show up on public programming, and refuse to answer questions about their campaign. That small local digital paper? What are they going to say when you tell them nothing? At a certain point, they’ll stop running your talking points from palm cards because it’s not news.

These four horsemen kill campaigns. Instead, develop a campaign that brings in the press, and do more to prepare candidates with answers. If you don’t have the right answer for a question—yet—then take a second and offer to get back to them. Don’t go “off the cuff,” but offer the press an opportunity to have something thoughtful, and respect their time. If you can accomplish a good-looking communication strategy, your chances of winning or holding office get much easier as time goes on. Communication that extends beyond a campaign and to your time in office is critical to your reelection, and it builds up an emotional bank with the community that you can cash in every November using this thing called “votes.”