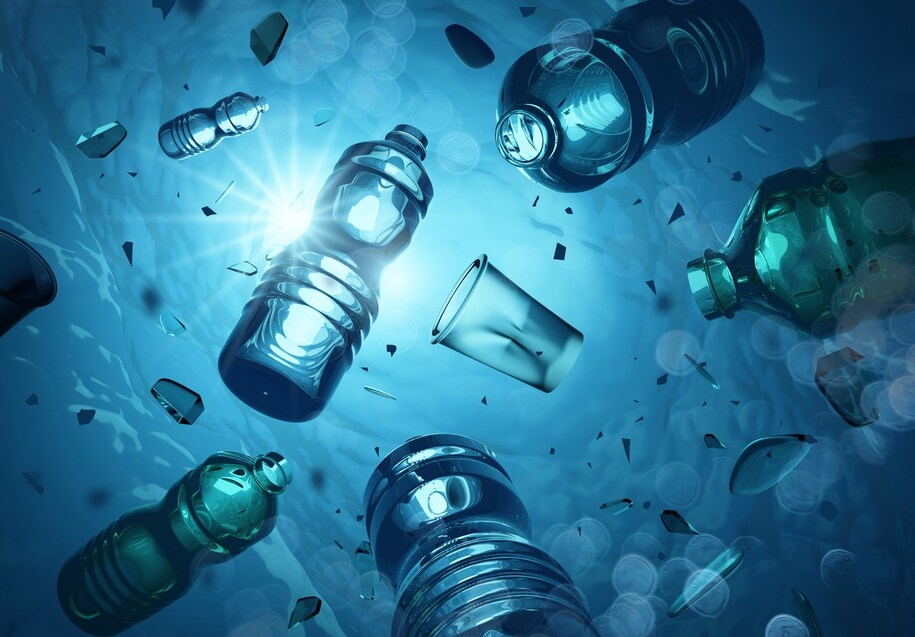 All too often, the issue of plastic pollution is reduced to plastic straw bans led by clipboard-carrying college students, VSCO girls, and bracelets made with a promise of saving turtles. It conjures images of a wad of plastic grocery bags or perhaps a garbage island floating in the middle of the ocean somewhere.

The problem is that plastic pollution isn’t just an issue of waste accumulation—plastics are also manufactured and often incinerated in communities where poor people and people of color are rarely consulted or alerted to the risks. Our communities are living this pollution every day. They understand the connection between air, water, land, ocean, and human health in very personal and concrete ways.

The Clean Air Task Force estimates that 1.8 million Latino people in the U.S. live within half a mile of an oil and gas facility, increasing odds of preterm birth and respiratory illness. The production of plastic feedstocks and the raw fossil fuels used to make most plastics affect communities’ immune, reproductive, developmental, and respiratory systems, starting right outside factory fence lines. It is no surprise that our communities have been hit the hardest by COVID-19—our immune systems are already compromised. Plastic pollution violates our human right to breathe without fear.

Plastic also fuels the climate crisis and contributes to climate change at every step of its life cycle, from extraction to refinement, manufacture, transportation, disposal, and waste. If plastic production and use grow as currently planned, emissions from plastic production could reach 1.34 gigatons per year by 2030, equivalent to the emissions released by more than 295 new 500-megawatt coal-fired power plants. Ninety-nine percent of plastic is derived from fossil fuels, and the direct impact its production has in our communities is the real global crisis. Studies have shown how rampant the plastic crisis is—we’re finding microplastics in deep sea animals, in fish, in our bodies, and even in rain.

We stand up for solutions that will protect our communities and families from toxins in our air, water, and soil and will continue to fight for these solutions because justice demands it. But we often have no idea what is being built in our communities until it’s too late because of relaxed notice requirements for plastics facilities. Even if we make it to the public meeting, the language barriers are clear. We have watched children translating technical information while their parents lean over to ask, “Que dijo?” Places like California that are reducing plastics through legislation on producer and consumer responsibility still have two incinerators operating in Latino communities. Facilities in communities of color have almost twice the rate of toxic release incidents as those in predominantly white neighborhoods.

Fortunately, the level of public awareness and political will to address these issues is starting to shift toward action. At least a dozen states are now considering plastic producer responsibility laws, forcing plastic makers to plan for the full plastics life cycle before they put one bottle, bag, or spoon to the mold. Some of those states are including language justice requirements for any new or increased production so that Spanish-speaking communities like ours can have a say. And people are waking up to simple alternatives to single-use plastics, and the cultural significance of reuse that Indigenous and Latino communities were practicing long before it was a trend.

Many local solutions to the plastics problem are bubbling up to the national level. Recently, California Rep. Alan Lowenthal and Oregon Sen. Jeff Merkley reintroduced the Break Free From Plastic Pollution Act (BFFPPA) of 2021 (HR2238/S984) to tackle the crisis of plastic pollution from beginning to end.

The legislation builds on state laws that reduce one-time plastic use; forces large plastic producers to take responsibility for post-consumer plastic waste; requires a pause on new and expanded industrial facilities including plastic production, chemical recycling, and incineration facilities; and institutes a nationwide bottle bill. Dozens of states such as California, Washington State, Oregon, and New York have legislation for producer responsibility moving through their legislatures. New Orleans unanimously passed a resolution that opposed the proposed Formosa Plastics megaplant in St. James Parish and further petrochemical buildout in Cancer Alley. There are over 20 states—including Vermont, Massachusetts, and Montana—that have active bottle bills.

The BFFPPA essentially turns off the tap on expanded industrial facilities until the EPA can update or create new environmental and health regulations. It also requires any new permits to undergo environmental justice reviews and to deliver them to local communities early in the process. The bill would ensure that publications are translated and that live interpretation is provided at hearings. We can ensure that our communities know what is happening locally through written and oral communication that they can understand, in their native languages.

States, the federal government, and consumers need to hold companies accountable by incentivizing them to innovate, demanding that they use less packaging, consider reusable or refillable options, and take the plastic lifecycle into account in purchasing. Initiatives that appear across the state and federal efforts include:

The plastic industry lobby, backed by the fossil fuels industry, is already pushing back on these state and national efforts. We need to hold accountable those who profit the most from pollution and these bills across the nation and in Washington, D.C., are a great start. The truth is that plastic isn’t cheap. Its cost is externalized to those at the fence lines of extraction, production, and waste.

It’s time to address the plastic pollution crisis at the national level. Thousands of GreenLatinos and members of the global Break Free From Plastics movement are calling on Congress to break our society’s addiction to plastic. Our Latino communities have long-standing practices that demonstrate to society ways to live without plastics. We must strive to end the harm that plastics are having on our health, our lives, our climate, and our culture.

Yvette Arellano is a GreenLatinos board member and director of Fenceline Watch, a Houston-based environmental justice organization dedicated to eradicating toxic multigenerational harm from oil, gas, and petrochemical facilities. Mariana Del Valle Prieto Cervantes is the water equity and ocean program manager for GreenLatinos, a national organization that convenes an active comunidad of Latinx environmental and conservation champions, emboldened by the power of our culture, uniting to demand equity.