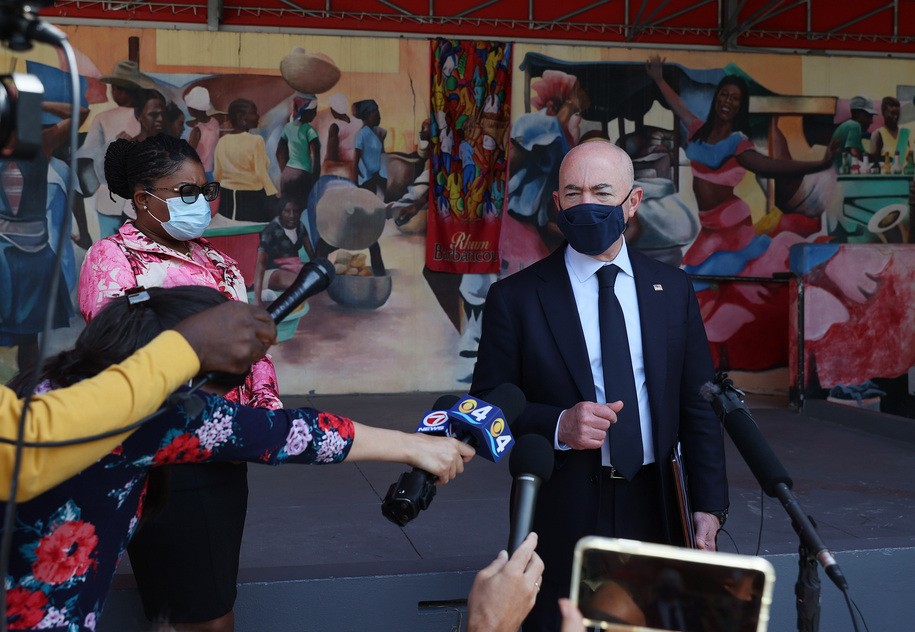 Nearly 120 local and national organizations, including African Communities Together and U.S. Committee for Refugees and Immigrants, are calling for an 18-month extension and redesignation of Temporary Protected Status (TPS) for Somalia. The nation’s designation is set to expire in September but “armed conflict and extraordinary conditions” make a safe return for Somali nationals “impossible,” the groups tell Department of Homeland Security (DHS) Sec. Alejandro Mayorkas.

The ask to Mayorkas and the Biden administration follows the redesignation of TPS for Haiti late last month, marking a huge victory for Black immigrants and advocacy groups that had been leading the fight. “TPS protects any Haitian immigrant in the U.S. on or before May 21, 2021 from deportations and provides them with work authorization,” UndocuBlack Network said. “The Trump administration stripped Haiti of its TPS status in 2017, after evidence emerged of racist motives behind the move.”

In announcing the nation’s redesignation, Mayorkas said “Haiti is currently experiencing serious security concerns, social unrest, an increase in human rights abuses, crippling poverty, and lack of basic resources, which are exacerbated by the COVID-19 pandemic. After careful consideration, we determined that we must do what we can to support Haitian nationals in the United States until conditions in Haiti improve so they may safely return home.”

In their letter urging DHS to grant relief to Somali immigrants currently in the U.S., the 119 organizations noted the administration has continued the nation’s emergency declaration, “citing piracy, armed robbery, activities in support for al-Shabaab, governmental corruption, and acts of violence committed against civilians in Somalia, all of which contribute to the ‘deterioration of the security situation and the persistence of violence in Somalia.’”

“In 2020, DHS listed arbitrary killings, forced disappearances, torture, arbitrary detention, forced evictions, sexual abuse, and child recruitment among the ongoing human rights abuses in Somalia as reasons for its TPS extension,” the organizations said in the letter. “The State Department’s 2020 Country Human Rights Report confirms that all of these abuses continue.”

The letter from the nearly 120 organizations comes days after Maryland Sens. Ben Cardin, Chris Van Hollen, and New York Rep. Nydia Velázquez issued their own letter calling on the Biden administration to review designations for a number of nations, including Somalia. “There is no numerical limit on the number of people who can hold TPS; rather, it is meant to provide relief to all those who cannot and should not be returned to dangerous conditions,” they wrote.

“While we applaud today’s decision, there is still so much more that needs to be done to protect immigrants, refugees and people seeking asylum, especially those from other majority Black countries in Africa and the Caribbean who are in great need,” Haitian Bridge Alliance executive director Guerline Jozef said in a statement received by Daily Kos following Haiti’s redesignation. The Biden administration also announced temporary protections for Venezuelans this past March who also cannot return to their home country due to unsafe conditions. With the stroke of a pen, the Biden administration can similarly take action to protect Somali immigrants.

“We will continue to urge the Biden administration to ensure TPS for other nationals, such as Cameroonians, Sudanese and Guatemalans, who are also at risk should they be deported to hostile conditions,” Jozef continued. “With the Dream and Promise Act, the Senate can also ensure permanent protections for Dreamers and TPS holders.”