Newsmax turned Matt Gaetz down for a job, further humiliating the concupiscent putz 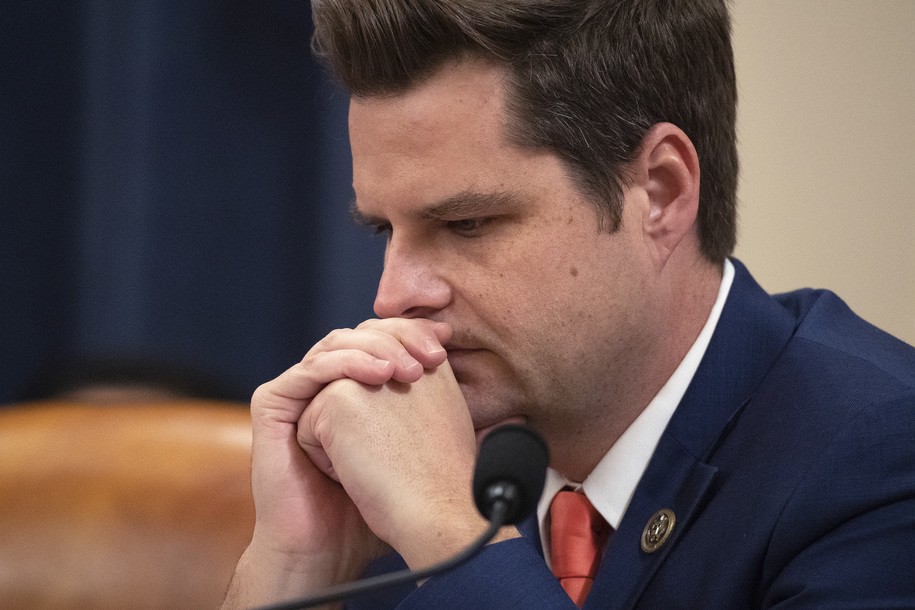 It’s probably a good thing that Matt Gaetz keeps getting chastened like this. I don’t want him to get a big(ger) head. I mean, how trashed does your reputation have to be to get turned down by Newsmax? It’s like getting turned away from a North Dakota cockfight over a dress code violation.

But, hey, Gaetz is a special kind of breed. (Sorry for using “Gaetz” and “breed” in the same sentence. I’m still growing and learning as a writer.)

Gaetz contacted Newsmax early this year, a source at the outlet said. That was around the time that news broke Gaetz was the subject of a federal investigation into possible sex trafficking of a minor.

Nice to see that Newsmax draws a line somewhere. They’re all-in on trashing our democracy and propping up Hitler’s least charismatic ass polyp (which has since metastasized into a giant ocher fart golem that can’t accept it’s just a fart in the wind), but I guess (allegedly) trafficking underage girls is a bridge too far.

That said, Newsmax has no problem having Gaetz on its shows:

Interviewed in May by Newsmax, Gaetz said: “The anonymous allegations against me range from total distortions of my life to these crazy and wild conspiracy theories that will never be proven, but they always come for the fighters.”

The fighters? Is that what you call mocking mask-wearing on the floor of the House in order to undermine public confidence in government health guidance? Fighting? There’s lots of killing involved, but I don’t see a whole lot of “fighting.”

That said, there is plenty of squirming going on.

Gaetz’s BFF and partner-in-grime, Joel Greenberg, recently pleaded guilty to trafficking a 17-year-old girl, and Gaetz is currently under investigation for allegedly paying the same girl for sex.

Maybe Gaetz thought that having his own Newsmax show would somehow shield him from public scrutiny. That said, he shouldn’t lose all hope. If he beats the rap—he is a powerful white man from a wealthy family, after all—Newsmax will probably offer him a nightly two-hour slot. Assuming he doesn’t want to stay in Congress to … keep doing whatever it is he does.