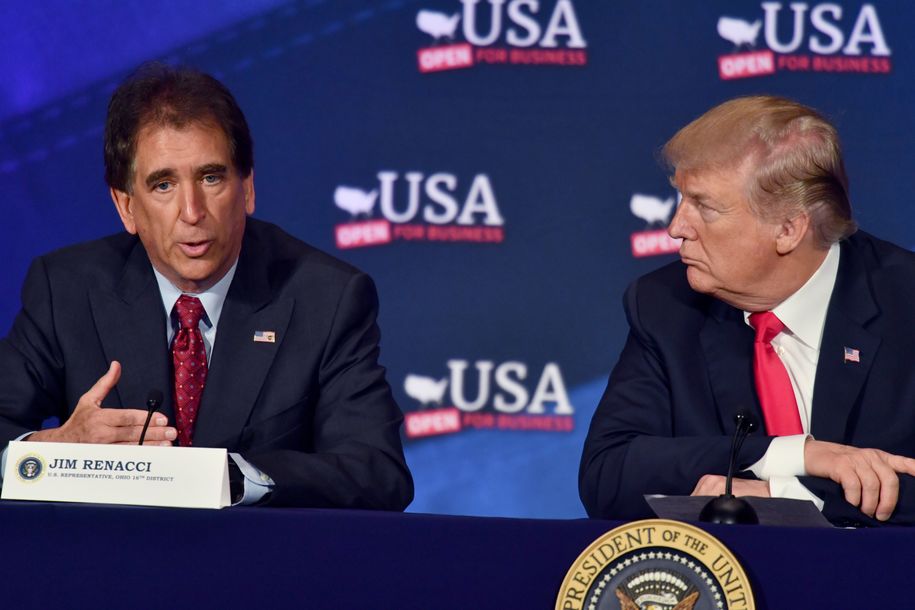 Former Rep. Jim Renacci, who was the 2018 Republican nominee for Senate, announced Wednesday that he would challenge Ohio Gov. Mike DeWine for renomination.

Renacci has been a loud DeWine critic for well over a year, but he intensified his attacks in 2020 over the governor’s measures to combat the pandemic. The former congressman declared in the fall that the state was “committing economic suicide,” and he went on to trash the governor for considering new restrictions on restaurants and bars as COVID-19 cases were rising.

Renacci tapped into another well of conservative grievances just after the election when he trashed DeWine for recognizing Joe Biden’s victory. The governor’s situation got considerably more serious days later when Donald Trump, who still had a Twitter account, wrote, “Who will be running for Governor of the Great State of Ohio? Will be hotly contested!” However, while Trump has continued to train his venom on two other GOP governors, Arizona’s Doug Ducey and Georgia’s Brian Kemp, he’s largely left DeWine alone during 2021.

That could change at any time of course, but if Renacci is counting on Trump’s backing, he may be in for a big disappointment: NBC reports that Trump is unlikely to endorse the ex-congressman because of his underwhelming 2018 Senate campaign. Indeed, Renacci’s defeat at the hands of Democratic Sen. Sherrod Brown that year makes him the one Republican to lose a partisan election in Ohio over the last four cycles. (Democrats have prevailed in officially nonpartisan state Supreme Court races.)

Renacci originally entered the race for governor in a field that included DeWine, but he switched to the Senate contest after the presumptive nominee, ex-Treasurer Josh Mandel, suddenly dropped out. Republicans hoped that the state’s rightward drift would give them a strong chance to unseat Brown, but they soon became dispirited by unfavorable polls and what they saw as a weak effort from Renacci.

Team Red was especially pissed that the challenger loaned his campaign $4 million but never spent most of it (almost $3.5 million in loans were repaid to the candidate after the campaign was over), and his actual fundraising proved to be unimpressive. It didn’t help that he managed to attract unhelpful headlines like, “Jim Renacci failed to pay strip club owner for governor campaign flights,” and major outside groups never bothered to spend much money to aid him. Brown ended up winning 53-47, even as DeWine prevailed 50-47 and the GOP swept every other partisan statewide race that same evening.