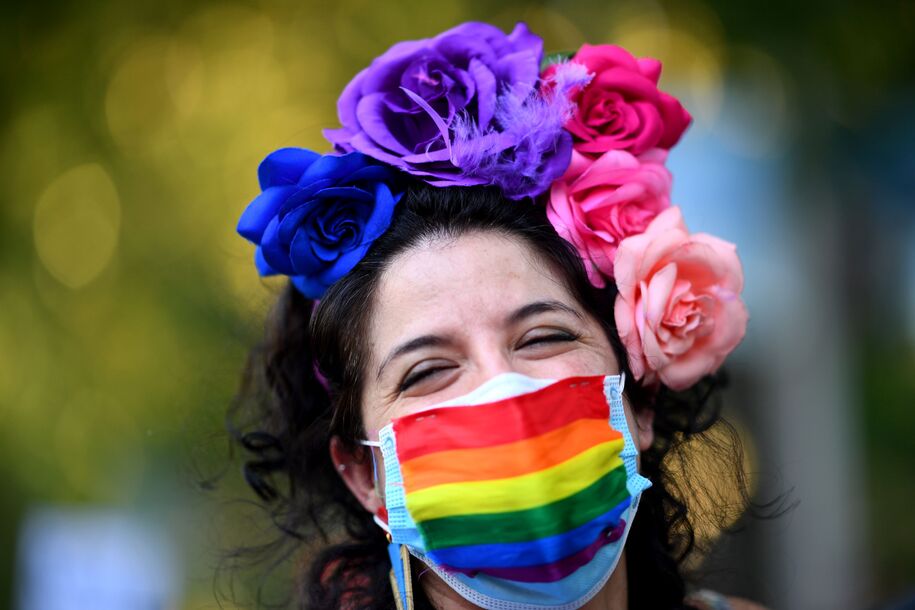 As Daily Kos continues to cover, Republicans have been at the helm of an absolute onslaught of anti-trans bills in recent months. Most national media attention has centered around bills aiming to keep trans girls out of girls’ sports, but other bills involve efforts to prevent trans folks from updating their birth certificates and even from accessing safe, age-appropriate, gender-affirming medical care. Because discrimination and oppression exist on multiple levels, it can feel overwhelming for allies to begin to realize how unnecessarily complicated the nation makes things for trans folks. And of course, the process is all the more exhausting, scary, and fraught for trans folks themselves.

For the transgender community, paperwork can be a particular pain, as opportunities to update and correct your information can vary so widely depending on where you live. One example? Being able to use a gender-neutral marker for the sex on your official form of government ID, such as a state ID, driver’s license, birth certificate, or passport. In a welcomed dose of good news, the New York State Assembly passed the Gender Recognition Act on Thursday, in a vote of 113 to 36, sending the legislation to Democratic Gov. Andrew Cuomo for approval, as reported by CNN.

What would this legislation change? As a baseline, if enacted into law, the bill would allow people in New York to use the gender-neutral “X” as a marker on both their driver’s license and birth certificate. Even better, the bill would allow people to attest to their own gender identity when updating paperwork or petitioning the court for approval to make the change. This means that the person no longer has to acquire medical proof, like an affidavit from a medical professional, to back up their petition.

The bill would also revoke an archaic requirement for people to post notification of name change in a newspaper. Obviously, that requirement puts LGBTQ+ folks in particular at risk of potential harassment and violence.

Why does all of this matter? There are a few major reasons. First of all, allowing people to use a gender-neutral marker is simply accurate and correct; some people are nonbinary (sometimes written as “enby”) and sometimes those people use gender-neutral markers and/or pronouns. This change can also be helpful for intersex people. Having IDs and identification paperwork correctly and accurately reflect a person’s gender or sex should be no different than making sure someone’s name is spelled correctly. It’s just baseline accuracy.

Beyond that, being able to update one’s information on documents and IDs can be an issue of both safety and access. For example, if a trans person is applying for housing, a job, or simply trying to travel, it can be exhausting, confusing, and downright humiliating if their documents are not updated. Why? Because potential employers, landlords, and customer service agents may be confused as to why identifiers on the documents don’t match up. And confusion can lead to people asking invasive questions, doubting the person’s lived experience, or opening them up to having to essentially “out” themselves to someone who may or may not be a complete stranger.

“The provisions in this bill will make life safer, reduce the stigma and affirm the identities for so many of our friends and neighbors,” Assemblymember Daniel O’Donnell stressed in a statement, adding that they will continue fighting for recognition and acceptance for the LGBTQ+ community in New York state.

As of now, several dozen states offer some degree of recognition for gender-neutral markers on documents. But again, people’s rights and protections shouldn’t vary based on city or state lines.

In addition, this bill would open up options for parents when it comes to their children’s birth certificates. How so? Parents would be able to designate themselves as “mother,” “father,” or “parent,” which is pretty cool.

If you’re curious to learn more about how gender-neutral language can work, check out our guide on how to use they/them pronouns.