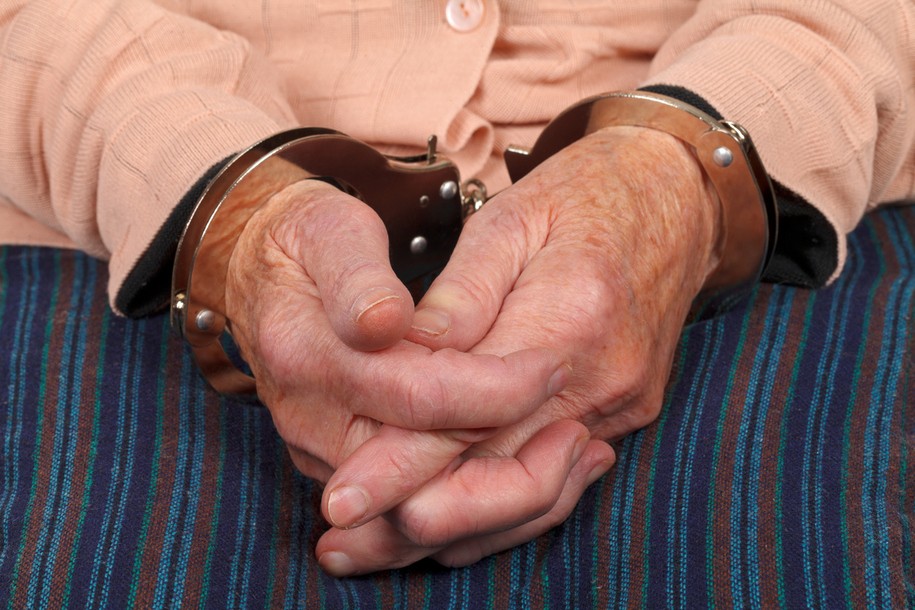 Elderly incarcerated people are among those most vulnerable to COVID-19, but despite the deadly pandemic, they are still subject to a parole system more concerned with relitigating cases than acknowledging the growth and change of those inside. However, two bills currently heading to a vote this Thursday, June 10, in the New York State Legislature may radically change the state’s parole process and profoundly shift the lives of incarcerated people aged 55 years and over.

The Elder Parole Act would make anyone 55 years old and over who has served at least 15 years automatically eligible for a parole hearing, regardless of the length of their sentence or the nature of their crime. The current system only allows for an opportunity to petition the Board of Parole after the minimum sentence has been served.

The second bill, The Fair & Timely Parole Act, would alter the standard of parole by centering the commissioners’ decisions on a petitioner’s rehabilitation and their achievements sought during incarceration rather than basing decisions solely on the “seriousness” of the offense for which they were convicted. Perhaps most importantly, the Fair & Timely Parole Act will remove the absolute discretion that the Board of Parole currently enjoys. It will also provide an avenue for those who are wrongfully denied parole to successfully petition the courts for an appeal, potentially saving petitioners years of attempts.

These bills might have helped Jose Saldana, who spent 38 years in a New York state prison before he saw freedom in 2018 after four failed petitions for parole. Saldana, who now serves as executive director of Release Aging People in Prison (RAPP), had been sentenced to 25 years to life at the age of 27. The Board of Parole, which Saldana described as being governed by a “paradigm of punishment” and “culture of racism,” is largely composed of people with law enforcement backgrounds. Surveys as well as personal stories from those like Saldana show that the board has also typically shaped their determinations based on the original offense for which petitioners were sentenced, often disregarding how they have transformed and reshaped their lives while inside.

“They’re supposed to consider a variation of factors which included rehabilitation and support that I had from family and the community,” Saldana said, “but that one factor that no one could ever change is the one that they were stuck on. The entire interview would consist of me having to answer questions about the crime that I had committed.”

Saldana won his fifth and final petition with the support of Carol Shapiro, a parole board commissioner who had a social service background. Unlike Saldana’s previous petitions, Shapiro was willing to focus on the years of studying and organizing that he had committed to over his almost four decades of incarceration. Shapiro, who was appointed by the governor alongside several other new commissioners after RAPP successfully exposed racial bias within the state’s parole board determinations, shifted the conversation at Saldana’s hearing, which changed his life.

“[She led] close to 35 minutes of discussion about what I’ve been doing for the last 38 years of my life while incarcerated,” said Saldana. “She got past the initial questions as to what I was convicted of and went on to explore my rehabilitative achievements and that made a big difference.”

Shapiro drew criticism for her support for the release of people with high-profile cases such as Herman Bell, who was convicted of killing two police officers in 1971 and was incarcerated for 40 years. After two years Shapiro resigned from the board under the belief that she could have more impact changing the system from the outside.

Saldana’s experience with the New York state parole system is far from an anomaly. Instead it illustrates a common struggle shared by aging incarcerated people, particularly Black people who are only 15% likely to be granted release at their first parole hearing compared to 25% of their white counterparts. Many of these elderly incarcerated people received draconian sentences during the height of mass incarceration in the 1980s and 1990s and continue to languish inside. As a result, while people over the age of 50 are dramatically less likely to pose any threat to public safety, the aging incarcerated population across New York has only grown; it now comprises about one fourth of the state’s entire prison population.

Parole Justice is far from a new concern for advocates like those within RAPP who have lived inside and petitioned for their own freedom. However, the pandemic raised attention around the plight and unique vulnerability of elderly incarcerated people across the country. Unfortunately, no other state has advanced similar legislation, making New York a model for other states to follow. Both the Elderly Parole Act and Fair & Timely Parole Act need 32 co-sponsors and are shy of their goal by just five and six co-sponsors, respectively. Saldana says the outcome of this week will ultimately be a matter of political will.

RAPP, which has been leading advocacy campaigns around these bills, estimates that if they’re passed this week, roughly 400 people, many of whom are close to 70 years old, will be immediately eligible for parole and will have their cases seen by the Parole Board within 90 days. In the long-term, these bills could impact anywhere from 8,000 to 9,000 elderly incarcerated people—half of whom, Saldana notes, will likely die inside if the legislation does not pass.

The lives of thousands of older incarcerated people hanging in the balance with this legislation—particularly as COVID-19 still poses an immense threat—are both a sign of the urgency of the issue and a sobering reminder of the lives already lost to a parole system that is at best inefficient and at worst purposefully malicious. RAPP has campaigned for both bills by highlighting the human cost of the current parole system, sharing stories of those who could have enjoyed freedom in their final years had parole boards taken into account who they had become instead of focusing on who they were when convicted.

Among those is Valerie Gaiter, who died of cancer in 2018 at the age of 61 in New York’s Bedford Hills Correctional Facility. Incarcerated since she was 21 years old, Gaiter was the longest-serving woman in a New York state prison and yet her impact permeated far beyond the walls of Bedford. While inside, Gaiter worked for the Puppies Behind Bars program, training dogs that would go on to become companions for wounded veterans. She also tended a garden that she kept on the prison grounds, and helped younger women manage their aggression.

Saldana notes how Gaiter’s story and the positive effect she had on those around her, even while incarcerated, belies common misconceptions about who incarcerated people actually are and who they have the potential to become.

“Every single woman that I’ve run into since I’ve been released from prison attributes their transformation to Val Gaiter,” Saldana said. “She was iconic, she was a pioneer, and [was] instrumental in helping an entire generation of younger women transform their lives and she was allowed to die in prison. No other culture would allow such an extraordinary woman to die in prison. We must release them and at least let them live out the remainder of their days with family and friends.”