‘It’s a climate catastrophe’: Most of the salmon in California’s 2nd largest river dead or dying 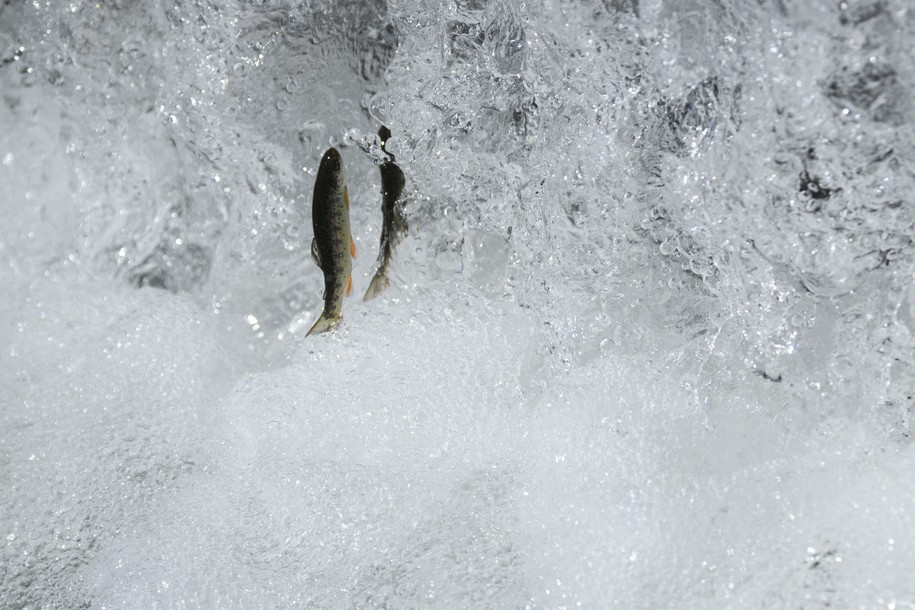 The Klamath flows from Oregon into Northern California. The second largest river in California is home to marine life like salmon and trout and has served as the life force for many communities around its more than 250-mile stretch for thousands of years. The Yurok Tribe has shared the Klamath basin with Redwood National Park for many years now. In May, the tribe released an emergency statement about the dire state of salmon in the river, the result of a historic two-year drought.

According to the Yurok Tribe, their Yurok Fisheries Department monitors the salmon life in the river at the start of the season every year. The life cycle of the Klamath salmon begin up north by the Yurok tribe, then those baby salmon make their way down river to mature, returning further north at the end of the season to lay eggs for the circle to begin again. However, due to historically low water levels in the river, the deadly pathogen Ceratonova shasta has been able to proliferate unabated. According to the Yurok, this has meant they are finding dead and diseased baby salmon in their monitoring traps at alarming rates.

According to SFGate, hundreds of thousands of baby salmon are dying off as a result of the C. shasta parasite. The Yurok estimate that around 70% of the baby salmon have been infected with the pathogen. This is a devastating kill-off that has far-reaching ramifications for the species as a whole, as the fewer fish that make it to maturity, fewer fish can return to complete and rebirth the life cycle.

The Yurok Tribe’s reservation makes up a 40-mile-long stretch of the Klamath river. The tribe monitors the fish by trapping both living and dead salmon, testing what they trap, releasing the living salmon back into the river, and reporting on what they find. According to the statement, most of the fish are either dead or dying from the parasite, “The juvenile fish kill will limit salmon production for many years to come. It will also negatively impact many other native species, ranging from orcas to osprey, because salmon play such an essential role in the overall ecosystem.”

Barry McCovey Jr., Yurok fisheries director, told SFGate that while C. shasta has flourished before, for example during the 2014-2015 drought, its impact this year is far worse than anything they have ever seen. “It’s a climate catastrophe. The impacts are very real to the people here on the Klamath River. We understand these fish aren’t going to return in the numbers we need them to be when they come back as adults to feed the tribe and to support the local businesses and the local fisherman. There’s an entire industry up here that’s dependent on these fish.”

The statement was in no small part a response to the U.S. Bureau of Reclamation’s announcement that it would be reducing California’s water allocations due to worsening drought conditions. The reductions hurt farmers, and in the case of the Klamath River, the ability to create “flow increase,” which can help lessen the proliferation of deadly pathogens like C. shasta. Vice Chairman Frankie Myers took his and other Klamath groups’ plea to the government: “What Klamath Basin communities are facing right now is the definition of a disaster. It is also the new normal. Substantial water shortages are along-predicted symptom of climate change. There is an urgent need for an equitable federal disaster relief bill that addresses the immediate needs of our communities and establishes a foundation from which to build a more resilient ecology and economy in the Klamath Basin. We owe it to future generations to never let another juvenile fish kill like this happen again. We need to act now before it is too late for the Klamath salmon.”

This is the new normal, sadly. Climate change is real and these kinds of events—ones we term “historic”—will continue to take place. The federal and state governments are between a rock and a hard place. Without better infrastructure systems set up and worsening drought conditions, there is only so much water to go around.

“The drought is turning out to be even more severe than people were anticipating a month or two ago because this spring was really dry,” said Ellen Hanak, vice president and director of the Public Policy Institute of California’s Water Policy Center.

“Usually, you get a bit of help with some late spring storms, and we didn’t,” Hanak said. “Plus, it’s been dry and warm, so the snowpack just kind of disappeared.”

California’s Gov. Gavin Newsom has proposed a $5.1 billion investment in drought preparedness and declared drought emergencies in 41 California counties. Many people suspect Newsom will announce urban water consumption reductions in the coming months, though he has yet to do so. Newsom’s position at this point seems to be that local agencies should have the right to make decisions on conservation in their areas. A part of this is the varying local investments done after the last drought, increasing the economic imbalances we seen over the years. It is also not hard to imagine that after a historic health and economic crisis brought about by the COVID-19 pandemic and the incoherently toxic anti-mask and public health mandate conservative movement combined with the political theater of an upcoming recall election, might be creating political ambivalence on the part of Newsom.

It’s hard to say and there are no easy answers, but one thing is clear: Climate change and environmental catastrophes affect us all.