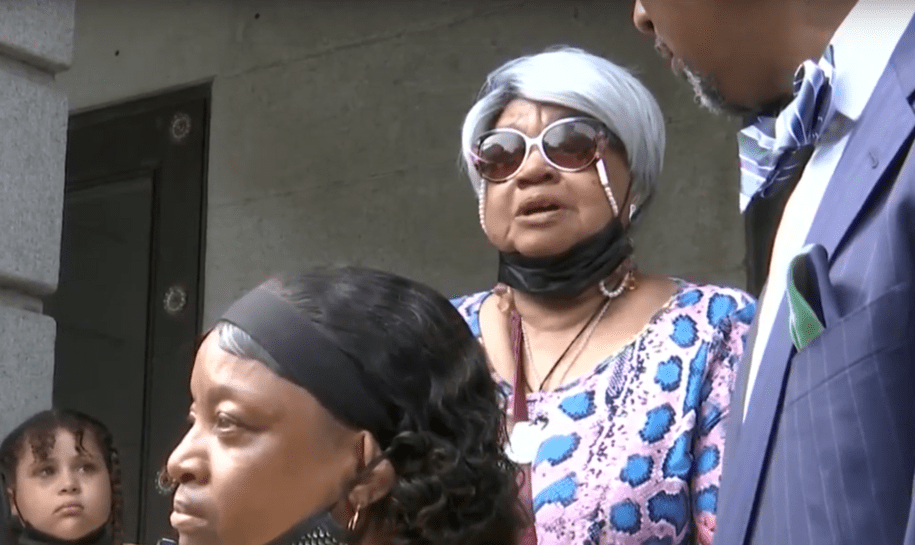 On April 2, Savannah, Georgia police took 60-year-old William Harvey into custody for questioning in an aggravated assault investigation. At some point Harvey was left alone in the investigation room and when Savannah police returned, Harvey was dead. The Georgia Bureau of Investigation ruled Harvey’s death a suicide, saying he had asphyxiated himself with his shoelaces. The Harvey family very quickly demanded answers. Very early on it was revealed that officer has reportedly neglected to turn on the video feed of the interrogation space. Charie Francis, William’s sister, spoke at a press conference a week after his brother’s death, reminding the world that “He was an uncle and he was a son to my mother.” Shirley Harvey Francis, William’s mother, speaking at a press conference shortly after her son’s death, explained how William was her caregiver. “He was the next thing to me to God. He saw that I took my medicine, he did everything for me, he was my lifeline in this world.”

The four officers connected to the Harvey death were all placed on administrative leave while an investigation was conducted. That investigation ended with two officers, Cpl. Silver Leuschner and Sgt. Michael Kerr, being fired by the department. Subsequently, a second investigation was opened by Savannah’s professional standards unit after an officer sent a group text message to other Savannah police officers containing what the Savannah Police Department called “an inappropriate meme/GIF.” The meme was reported as including reference to hanging. Three more officers, Sgt. Christopher Hewett, Cpl. Erica Tremblay, and Officer David Curtis, were released from the force after the second investigation. ABC News reports that while four of the five fired officers filed appeals, the chief of police and city manager denied those appeals and upheld the terminations. USA Today reports that a sixth officer was placed on probation.

On Monday, Savannah Mayor Van Johnson and Police Chief Roy Minter spoke at a press conference after meeting with the family of William Harvey. Mayor Johnson told the press, “I promised the family that we would thoroughly investigate it internally and determine whether rules were broken or not followed and that we would have accountability. Although I don’t have any role in the decision-making process I believe from my briefing that their investigation was thorough.” Van Johnson went on to say “I do not believe that there was malicious intent on the part of the officers involved, but the result was deadly. And for that, I believe the decision to terminate was appropriate.”

Minter told the press that body camera video from an officer who interacted with Harvey on the night showed that Harvey was in an “unstable condition.” Johnson explained that “Instead of taking him to a hospital, they chained him to a wall with two police officers standing outside. We think that’s a deliberate indifference to his condition and rises to the level of negligence.”

Francys Johnson told The Washington Post: “Our next step is to hold the officers responsible for their criminal negligence and to hold the city responsible. It’s not just the matter of [Harvey] committed suicide, it’s about if the city was deliberately indifferent to his condition in custody.” Davis told USA Today that once the case is turned over to the Chatham County District Attorney’s Office and a decision is made concerning criminal liability of the officers, this will potentially dictate the family’s next steps.

Johnson, who has only so much say in what happens going forward, told reporters that he hopes this firing is not simply being done as a cost-saving measure: “While firing the officers is a positive step, it is often paradoxically used as a way to minimize the municipality’s exposure under these cases. It is our hope our city will not hide behind qualified immunity and fail to dignify actions of these officers.” Qualified immunity has long been considered one of the prime legal obstacles advocates for police reform and defunding police have worked to overcome.

In 1967, the Supreme Court carved out a “qualified immunity” exception that helps government officials: They couldn’t be sued if they were acting in good faith and didn’t know what they were doing was illegal. Over the years, the court expanded that doctrine so that now, even police officers who knowingly violate someone’s rights are protected—unless a court has ruled that their behavior was unconstitutional in a previous case involving nearly identical circumstances.

Last year, for example, a federal appeals court found that a police officer who shot a 10-year-old by mistake while aiming for the family’s dog was protected from liability under qualified immunity. The judges ruled that he couldn’t be held responsible because there wasn’t a previous case where an officer was found at fault in almost identical circumstances.

Right now, Colorado is the only state to “statutorily limit the use of qualified immunity as a defense in law enforcement cases at the state level.” Connecticut has a “state civil cause of action for people to seek recourse when an officer deprives them or a class of individuals of the equal protection or privileges and immunities of state law.” However, the Connecticut law does not specifically address “qualified immunity” in the same way the Colorado law does.

William Harvey’s son, Michael vowed to not to “stop until we get all of our questions answered.” Harvey’s mother, speaking through tears, told the press that “As far as I’m concerned, I will never have justice until I see my son again.” She is battling cancer and her son was her caregiver among other things. “He’s not just a 60-year-old man, he was my child. As long as I’m living, he’s my child.”