Black-owned distillery embraces its workers’ union, this week in the war on workers 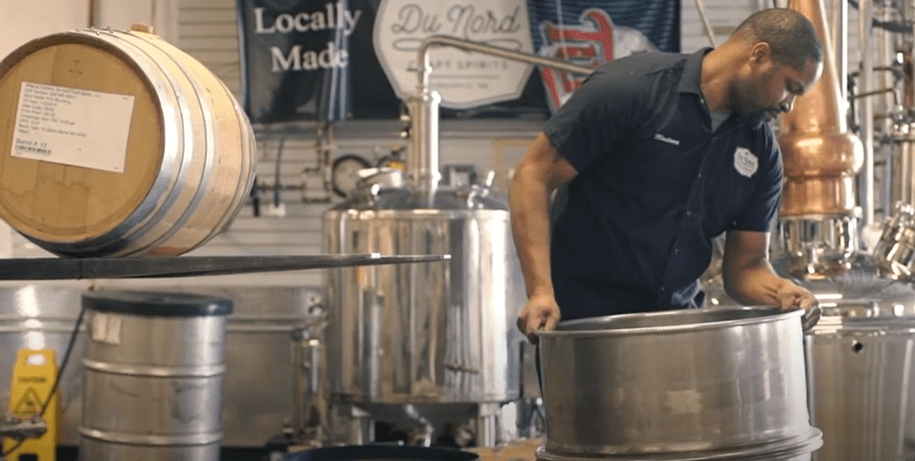 When workers at Du Nord Craft Spirits decided to form a union, joining UNITE HERE Local 17, the company voluntarily recognized them without any delay and in fact publicized the occasion itself. Du Nord bills itself as the first Black-owned distillery in the United States.

“The production staff of Du Nord Craft Spirits chose to form a union because we enjoy and appreciate working here,” the workers said in a statement to the Minneapolis/St. Paul Business Journal. “We have showed up for the company by working through a pandemic, the closure of the cocktail room, an uprising, and committing to work as timelines and job duties fluctuated. The company showed up for us, most recently, by voluntarily recognizing our unionizing effort.”

“The workers knew that I would recognize a union,” owner Chris Montana told the Business Journal. Referring to organizing efforts at several other Twin Cities hospitality businesses, he said, “We hadn’t had a direct conversation about this unionization effort, but as previous places were unionizing I made very clear that if they decided that that’s something they wanted to do, I would recognize it.” Du Nord said he was ready to negotiate.

It’s not exactly going to turn around decades of declining union density in the U.S., but good news is nice to have every now and then, right?

● MSNBC workers are organizing a union, but the network is refusing to voluntarily recognize the union.

● Why are workers in the U.S. still dying from heat exhaustion?

Workers exposed to extreme heat are particularly vulnerable to illness. Between 1992 and 2017, heat stress injuries killed 815 U.S. workers and seriously injured more than 70,000, according to the Occupational Safety and Health Administration.

● Teen Vogue brings us a day in the life of a union organizer.

● The Motherboard guide to the gig economy, by Edward Ongweso Jr.

● Las Vegas hospitality workers have something to celebrate as Nevada passes a “right to return” bill guaranteeing the right of laid-off workers to return to jobs in the gaming and tourism industries.

BREAKING: We have averted a strike! After more than two and a half years of negotiations, @newyorkerunion, @p4kunion, and @ars_union are proud to announce that we have reached an agreement in principle on our first contracts. Here are some of our wins: pic.twitter.com/gBzOwbKpqI

● Must-read thread about kids, teachers, and schools as communities:

1. The “learning loss” conversation, dominated by policy elites, really misses the point. My kid’s sad because she’ll never get to do 5th grade again. She feels like the pandemic took that from her. My question is: what do we owe our young people? Not just now, but always?

Inbox: Kulture Consulting, LLC — a long-standing union-busting firm that has worked for Cola-Cola & AT&T— has launched a podcast called “Union Free Radio.” It’s about how to union-bust for HR professionals, and the 1st episode is the “top 5 reasons people hate the PRO Act.” pic.twitter.com/ocIVCatGH8

The #AudubonUnion demands a sustainable future for us all. We ask @DrElizabethGray to voluntarily recognize our union through card check. We want to collaborate on a workplace that allows workers secure and dignified lives so we can best fulfill @audubonsociety‘s mission. pic.twitter.com/0ZwZYOTiKA