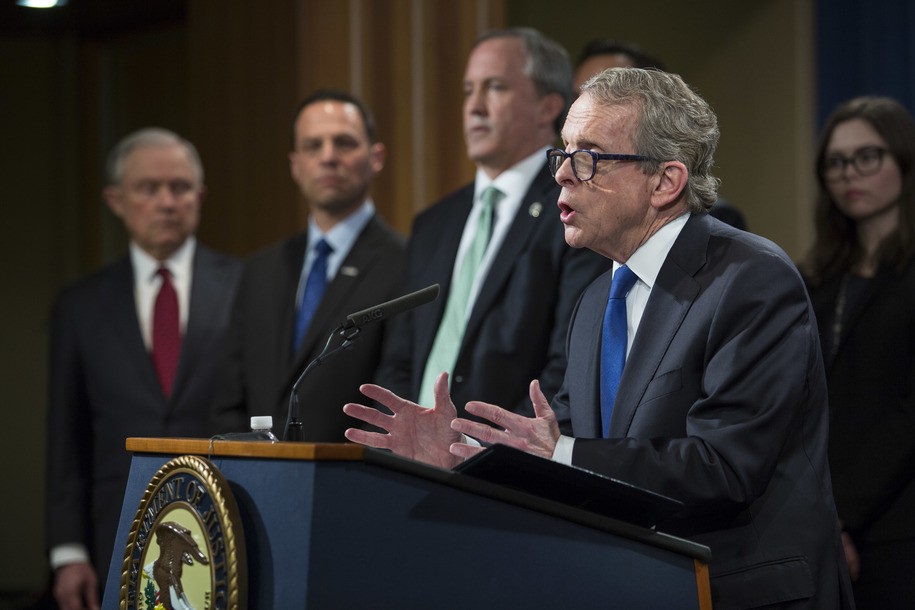 Ohio has at least 90 things going against it: Gov. Mike DeWine, 25 state senators, and 64 state representatives are Republican officials with a majority control of the state. That isn’t simply a facetious bit of business. These legislators seem hell-bent on hurting Ohio citizens’ health and pocketbooks. The public health experts GOP representatives bring into chambers to speak are snake-oil charlatans, and even the former Republican speaker has been expelled for outrageous levels of apparent corruption. The corruption in question led to an unpopular $170 million bailout of failing nuclear and coal power plants, at the expense of renewable energy initiatives.

On June 9, a new $75 billion budget passed through the GOP-led Ohio Senate. Members of the Ohio House have criticized the Senate’s handling of the budget, saying it was done haphazardly, without taking into account all of the work and negotiations done by the House. Senate Democrats say that  the House plan, created by a still-majority GOP body of state reps, was considerably more acceptable. With cuts to education, Medicaid administration, and rural broadband grants, the Ohio Senate bill cuts $874 million from the budget while the House bill cut $380 million. But “tucked inside” of the Senate bill are all kinds of predictably screwed up things like backdoor women’s health restrictions on abortion, and doing away with municipal-created broadband infrastructure.

Cleveland.com reports that these “Ohio Republican lawmakers” are proposing to put the brakes on a $190 million state-funded expansion of high-speed internet that would help underserved areas of the Buckeye state. The bill would in essence kill “the 30 or so municipal broadband programs in Ohio—including in cities such as Fairlawn, Hudson, Medina, and Wadsworth—would not be allowed to operate so long as there is a private-sector company operating in the area, as there are in most, if not all of the cities.” The proposed GOP budget would also stop municipalities from accepting federal money for the same purpose. This is a we won’t pay for it and no one else can pay for it either proposition being promoted by the Republican party. How about that for “policy?”

ArsTechnica explains that the trick here is an amendment in the Senate budget that changes the definition of the term “unserved.” The law would define areas with access to speeds of 10Mbps and upload speeds of 1Mbps to be considered “served.” Changing this standard would suddenly create a spreadsheet that posits more than 98% of Ohio households covered by acceptable internet access, and as such, there is no need for municipal broadband networks.

According to law firm Ice Miller, the language of the bill would also put existing programs in need in jeopardy: “Certain existing and already capitalized multi-jurisdiction/agency combined networks being used throughout Ohio for public safety, remote health care, regional economic development, and transportation initiatives would be required to cease operation due to the fact that all or many of the existing participating jurisdictions will be required to abandon their individual system components.”

To top it all off, no one is exactly sure where all of this language came into the Senate budget bill. Or at least, “officials won’t say.” But considering big telecoms like AT&T have a long history of spending hundreds of millions of dollars to make sure Americans cannot demand affordable broadband access with real competition in the marketplace, we can all speculate.

The places where municipalities have gone ahead, fought years of litigation against big telecoms, and created broadband networks all seem to have miraculously forced telecoms to magically offer up more affordable high speed internet options. These are the affordable options at high speeds that companies like Spectrum, Comcast, AT&T, Verizon, and others have always said were pipe dreams. They only seem to be pipe dreams when telecoms have monopoly or duopoly control over areas.

Fairlawn Mayor William Roth told the Akron Beacon Journal that the city’s successful municipal broadband FairlawnGig, (one of the fastest internet providers in the entire country) which was developed for only $10 million, is jeopardized by this secret piece of GOP work. “This isn’t a partisan issue. This is for the good of the whole. … This will be devastating, not just for now, for the U.S. in the future.” Roth is a Republican, by the way. Roth also says that if passed, there will be litigation and he is confident that the courts will see it as an overreach by the state legislators. And why does big telecom want programs like FairlawnGig to get shut down? From the municipal broadband’s public statement on the matter:

Today, FairlawnGig delivers blazing fast Internet access –incredible performance, unmatched reliability, and exceptional value. Gigabit Internet access is delivered to businesses and residences over FairlawnGig’s 100% fiber network. There are no equipment fees and no long-term contracts. And while the pandemic has increased demand and led traditional ISPs to employ data caps and overage surcharges for heavy users, FairlawnGig has never raised its prices or limited data use, and more importantly, never will.

The FCC, under the telecom-controlled Ajit Pai tenure, worked to degrade the definition of “broadband” download speeds 25Mbps to 10Mbps. Conservatives have tried to downplay big telecom’s penny-pinching, monopolistic laziness on consumers wanting “novelty” speeds that are considered pedestrian in the rest of the developed world. The United States’ broadband situation has always been considered depressing, considering the amount of money and technology we have resourced in our country.