The ad launching Dr. Chris Jones’ campaign for Arkansas governor will blow you away 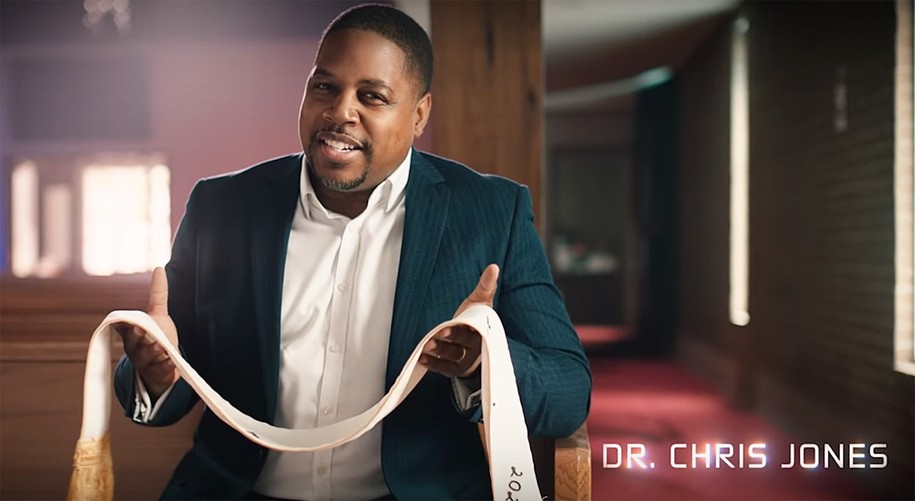 Dr. Chris Jones, physicist, nuclear engineer, urban planner, and pastor, has launched his campaign to become the next governor of Arkansas with a powerful ad. He is the second Black man to do so in over 100 years; the first was businessman Josiah Homer Blount, in 1920, and another Black Democratic candidate, Anthony Bland, is formally announcing his run on Wednesday.

The ad, titled “About Time,” not only showcases his vision for Arkansas’ future, it also introduces his three daughters and wife, Dr. Jerrilyn Jones: army veteran, ER doctor and the medical director of Arkansas’ Department of Health Preparedness.

Dr. Chris Jones grew up in Pine Bluff, Arkansas. A son of two preachers, Chris was raised with a strong sense of faith. For Chris, his faith never collided with his love for science — in fact, it only made it grow stronger. He attended Morehouse College on a NASA Scholarship, for physics and math, then went on to study at MIT becoming a nuclear engineer and earning a Ph.D. in urban planning. After becoming ordained as a minister, Chris returned home to Arkansas and led the Arkansas Regional Innovation Hub.

Take a look at his ad, which I’ve watched more than 10 times since I first saw it posted to Twitter, where it is rapidly garnering views and campaign contributions.

His use of time as a metaphor connecting his ancestors to the here and now, the pastoral stole in his hands marked with dates, the image of him lovingly braiding his daughter’s hair, and of the chaos of the Jan. 6 insurrection, along with his vision for uplifting Arkansan’s economic future, are all woven together in a seamless and powerful introduction.

My family has been in this state for 7 generations. If there’s one thing that’s clear: Arkansas deserves better than division and discord. I’m running for governor to build opportunity for all of us. #weARone #FaithInAR pic.twitter.com/XR0WyLOJwx

The state of the race in Arkansas right now is fluid—incumbent Republican Gov. Asa Hutchinson is restricted by term limits from seeking a third term. The Republican in the race who has been endorsed by Donald Trump, and already has a sizable campaign war chest, is serial liar Sarah Huckabee Sanders, whose name was trending on Twitter yesterday, and still is today.

It’s impossible to imagine a nation on Earth or a state in America where a sane voter votes for Sarah Huckabee Sanders over the man in the video below What an absolutely stunning entrance into a political race, I mean *wow* This video is a must-watch, and not just for Arkansans https://t.co/zVVuovsGsf

Political observers like syndicated columnist Steve Brawner point openly to the fact that Jones is Black, and opines that due to that fact, he has an enormous barrier in front of him.

The state has never elected an African American to a statewide office, to the U.S. Senate or to the House of Representatives. Out of 135 current state legislators, 15 are African American. Seven represent Little Rock or the central Arkansas area, and two represent Pine Bluff.

Racial attitudes are impossible to quantify, but we can write about results. If anyone thinks race no longer matters, here are some numbers. In all of American history, there have been only two African Americans elected as governor from any state. Another two were appointed, one of whom served only briefly in Louisiana in the 1870s. There have been only 11 African American U.S. senators.

I don’t disagree. Being Black in America is always an obstacle, and yes—race matters. However, I didn’t think I’d live to see a Black POTUS, or vice president either, or a Black senator elected from Georgia. We cannot give up the fight before even engaging in the battle.

Here’s what Jones had to say on Father’s Day.

Happy Father’s Day! Help elect this #GirlDad governor of Arkansas by chipping in $5, $10, or anything you can today: https://t.co/piHEhRMdE0 pic.twitter.com/LsGklcJH7Z