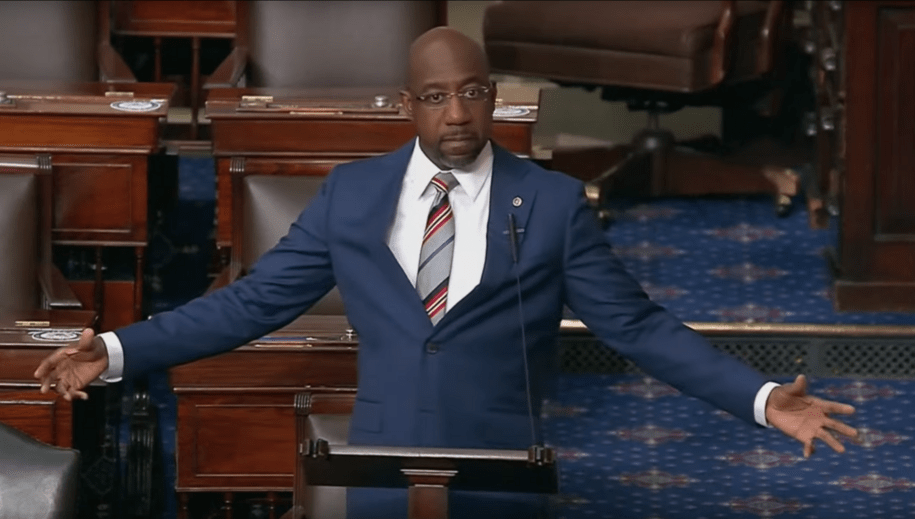 On Tuesday, the U.S. Senate was set to vote on whether or not to debate the For the People Act. It’s a piece of voting rights legislation that would help to protect our constitutional right to vote will be filibustered by the minority Republican Party. They will do this at a time when conservative officials around the country have been working diligently to suppress the votes of millions of Americans. The legislation comes less than six months after our democracy was militantly challenged by MAGA-inspired claims of election fraud, and a violent occupation of the Capitol building in Washington, D.C. was attempted by domestic terrorist groups.

While more moderate, centrist, and conservative Democratic officials have tried to pay lip service to the idea that there are GOP officials willing to work on compromises, the Senate minority leader and other Republicans have made it clear that a working legislative branch is not in their best interests for maintaining and wielding power. On Tuesday, Democratic Sen. Raphael Warnock of Georgia—a man who was able to get elected through the sheer will of hundreds of thousands of (predominantly) Black Georgians to overcome Jim Crow-era racism and institutional obstacles to be elected as the first Black senator from his state—took to the Senate floor to offer up a reasoned plea to those across the aisle.

Warnock is an excellent orator in his own right. His first speech on the floor of the Senate after his historic election brought the traditionally stodgy chamber to its feet in a standing ovation. But the choice to let Georgia’s first Black senator speak was also tied to the intimate knowledge of voter suppression and the continued shadows of bigotry and white supremacy our country’s election processes perpetuate.

Warnock began by explaining that the legislation being brought up for possible debate is arguably the most fundamental piece of national discourse worth having: “What we do or fail to do will have long lasting and far-reaching implications for the health, viability and vitality of the world’s greatest democracy.” Warnock explained that while there were many issues debated on the Senate floor, the voting rights issue was different because of how “formative and foundational” it is by nature. The election of our officials by all Americans is, as Warnock puts it, “What we claim to be. That is who we are. A democracy built on that sacred idea of one person, one vote.”

It is here that Warnock delivered the most scathing condemnation of those in the Senate unwilling to at least debate the issue in front of the American public:

SEN. RAPHAEL WARNOCK: With all of the arguments taking place in the country right now, with all of the audits being ordered, and with all of the voting legislation being feverishly passed in states all across our country, clearly, ironically, there is agreement, albeit for different reasons, on the right and on the left that democracy itself is in danger. Folks on the left and folks on the right believe that there is something broken that needs to be fixed. And if that is, indeed, the case, what kind of Congress would we be in the whole history of congresses if seeing that discussion out there, we refuse to even debate the matter in here?

It goes to the heart of the matter: The idea that everybody in our country, regardless of their opinions on the facts, are having this debate. Whether or not people’s minds can be changed is immaterial if you are unwilling to actually lay your cards down on the table and explain your position. It is the point of a democracy. Warnock continued pounding this fundamental flaw in the GOP’s insistence on filibustering such important conversation.

WARNOCK: Who are we and how are we to hide in a moment like this? And so I rise, Mr. President, with what I think is a simple request to my colleagues: Let’s do our job. Resist the easy route, the temptation to hide behind Senate procedure, and let’s have a principled conversation in front of the American people about voting rights. Let’s have that conversation right here right now.

And the alternative, the GOP filibuster, is not simply bad policy or a disagreement in approach, it’s antithetical to the reason we are supposed to have a Senate in the first place. “How could we do otherwise? It is said that we are the most important, deliberative body on the planet. Well, folks, how derelict would we be if in this defining moment we refuse to even have a debate—a debate about how best to preserve and protect that which is most precious, the democracy itself?”

And while it would fall on ears clogged up with big donor money and moral compasses stuck in the sludge of fear and bigotry, Warnock very eloquently tried to remind the Republicans in attendance what being an elected official in a democracy is supposed to be: “This is not our house. This is the house of the people. We are stewards of that trust. We have to ensure that the voices of the people can be heard in their own house.”

Warnock is also a Christian pastor in his Atlanta, Georgia, community, and connected his spiritual beliefs with the constitutional right to vote, saying: “I believe in democracy with all of my heart. I believe that democracy is the political enactment of a spiritual idea. That we’re all children of God. That we have within us a spark of the divine and therefore to determine our country’s direction. I believe in democracy, government of the people, by the people, and for the people.” And goes on to remind the Senate chambers that it has been through the right to vote that marginalized people have achieved the rights they now have.

He ended by bringing it back to the egos on display in the Senate, and the sin of vanity so nakedly manifest in the GOP filibuster: “Who are we and how are we to hide at a moment like this? Why are some people hiding? To what end? For what purpose? At whose behest? From whom are they hiding? The American people, who sent us here in the first place? And so I hope we can take a bipartisan vote to begin debate on this important piece of legislation because that’s what democracy is all about. History is watching and the future is waiting to see if we are who we say we are. The United States Senate, a serious-minded deliberative body. The United States of America, a nation built on that simple but sublime principle: one person, one vote. Mr. President, I yield the floor.”