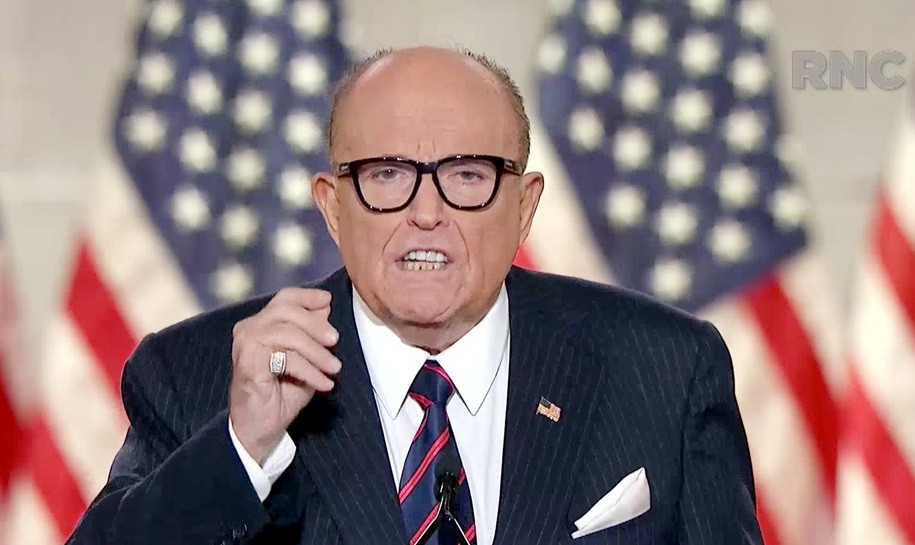 In the news today: Trump fixer Rudy Giuliani’s license to practice law in New York is suspended after a pattern of flagrant lying about supposed election “fraud” in and outside courtrooms. The White House and a group of 10 senators announced an agreement on “bipartisan” infrastructure funding—but both the details and the supposed bipartisanship that will allow it to pass remain sketchy. A prominent conservative “news” site responsible for pushing election hoaxes that helped lead to insurrection is now speculating on a need to execute “tens of thousands” of Americans who, they falsely contend, helped unfairly deny Donald Trump an election win.

• ‘Are you saying OAN is not a credible news source?’ Arizona Senate President Karen Fann