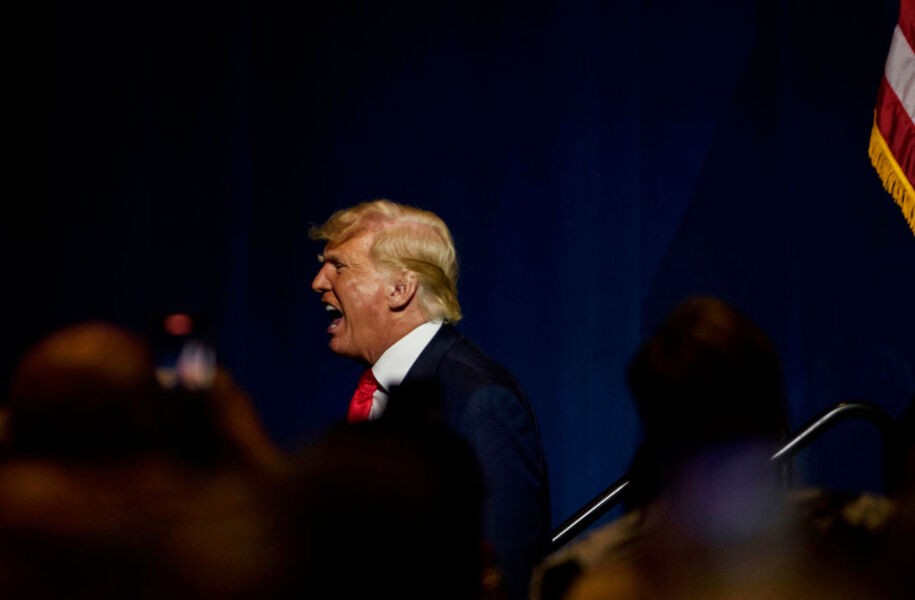 Donald Trump is no longer in office but evidence of the violence he encouraged during his term continues to surface. According to a book by Wall Street Journal reporter Michael Bender, Trump suggested targeting protestors using extreme military force several times. While the suggestions were rejected by the country’s top general, they depict the reality of Trump’s attempts at abusing his power.

Obtained by CNN, “Frankly, We Did Win This Election: The Inside Story of How Trump Lost” details alleged incidents in which Trump would tell his administration he wanted to see law enforcement “getting physical” with Black Lives Matter protesters. According to CNN, he even showcased videos that featured aggressive officers as an example of what he wanted to see more of.

“That’s how you’re supposed to handle these people,” Trump told top officials, according to the book. “Crack their skulls!”

According to Bender’s book, Joint Chiefs Chair Gen. Mark Milley was often the only one who resisted Trump’s recommendations in the Oval Office as Trump grew more hostile towards those protesting racial injustice in 2020.

Bender reported that Trump even suggested shooting protestors on multiple occasions, noting that he wanted the military to “beat the fuck out” of the protesters.

“Well, shoot them in the leg — or maybe the foot,” Trump allegedly said when Milley explained to him that they couldn’t “just shoot” people. “But be hard on them!”

But Trump isn’t the only one who cited such extremism. According to Bender’s book, Milley also dealt with other top officials with the same ideology, including senior adviser Stephen Miller, who compared media coverage of the protests to a third-world country and called parts of America a war zone. “These cities are burning,” Miller said, encouraging Trump’s behavior, according to the excerpts.

According to CNN, this comparison did not do well with Milley, who has commanded troops in Iraq and Afghanistan. In response to Miller’s comment, he said: “Shut the fuck up, Stephen,” pointing directly at him.

When Stephen Miller told Trump inside the Oval that “cities are burning” during Floyd protests, an infuriated Milley spun around in his seat and pointed a finger directly at Miller. “Shut the fuck up, Stephen,” Milley snapped.https://t.co/MWjyA6ou0V https://t.co/p0drLVFR6d pic.twitter.com/1MGNm4QYOp

Although Milley was on “good terms” with Trump, the book says he made efforts to be in the Capitol as much as possible because he was worried that Trump would invoke the Insurrection Act as a response to protests during the final months of his presidency.

Both Milley and former Defense Secretary Mark Esper were concerned with the idea after Trump allegedly threatened it several times, according to the book. If the Insurrection Act was invoked, military forces would be out on the streets against civilians.

While the book was published in August, excerpts of it featuring Milley’s pushback towards Trump were shared by CNN after Milley made headlines this week due to remarks he made at a congressional committee hearing about critical race theory. Republicans have been targeting critical race theory for some time now, attempting to block schools from teaching it.

His public comments and rebuke of Republican lawmakers did not go well with conservatives, who then took the opportunity to slam him—including Fox News’ Tucker Carlson, who just loves to show his “support” for military officials.

According to CNN, Milley also shared that he believed it was “offensive” to call service members who were speaking out “quote, ‘woke’ or something else, because we’re studying some theories that are out there.”

But that doesn’t matter to Tucker and others who use any opportunity they can get to belittle those who do not have the same opinion as them. Like Trump, Tucker has no issue using violent or offensive language with little to no evidence to back up his claims.

According to a 2020 report from the Armed Conflict Location & Event Data Project, about 93% of racial justice protests in the U.S. since the death of George Floyd have been peaceful with no harm to people or property, CNN reported. Despite this, Trump has consistently encouraged his supporters to meet protestors with violence.

Unfortunately, given his history of violent language and advocacy for violent acts, it’s no surprise Trump wanted to hurt protestors. In one incident in 2016 before he was even president, Trump bragged, saying he wanted to “punch” a protester in the face who had attended one of his rallies. Other incidents cite him praising individuals for resorting to violence, including a congressman assaulting a reporter who was only doing his job.

Nevertheless, the language he used in his targets against BLM protestors is horrific, especially coming from a president or someone of his power.

But protesters are not the only ones Trump has encouraged violence against. Under the Trump administration, public officials became targets as Trump told his supporters to protest, even with violence, against officials who vote on issues in ways they do not agree with. Daily Kos reported a large number of threats by Trump supporters that took place within a week alone against public servants trying to fulfill their duties. Additionally, hate crimes have seen a rapid increase since the start of Trump’s presidential term. Trump’s use of xenophobic language and boost to move towards violence has resulted in a number of violent incidents nationwide. To date, more than 50 cases of violence have directly cited Trump as the influence and reason for the crime.