The new space race: China has its own space station, plans for Mars, and a new deal with Russia 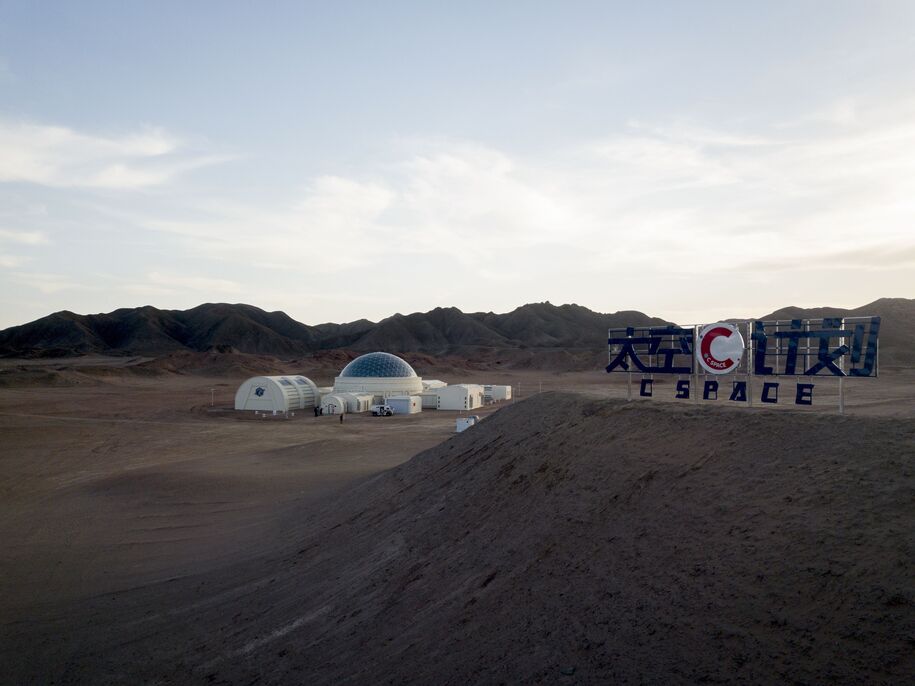 Just over a month ago, the world was looking upward to see where a large booster—the first stage of a Chinese Long March 5B—was going to fall to Earth. Despite a lot of publicity, and a good deal of resulting anxiety, most of the booster burned up in the atmosphere somewhere near the Maldives in the Indian Ocean, and there did not appear to cause any resulting damage. But if you enjoyed that round of “where will it fall,” there will be plenty of other opportunities to place a wager. Because that launch only lofted a portion of China’s new Tiangong space station. Several more identical flights are planned.

Last week, China sent its first crew to Tiangong, using a Long March 2F rocket. They’re expected to spend three months on the station, and to be the first of many as China expands its presence in orbit. China’s space station may be smaller than the International Space Station (ISS)—and China is not a member of the 15-nation organization behind the ISS—but it is a lot newer. Tiangong is expected to give China a platform both for experimenting on microgravity manufacturing, and for advancing technology needed for long-term survival in space.

That need for systems that can help people endure months or years away from Earth is going to become vital quite quickly, because China has already laid out plans for future crewed Moon landings, And, just this week, China announced a roadmap that would put the first human on Mars in 2033, followed by the first base on the red planet just two years later.

As the U.S. plans a return to the Moon, China appears to be engaged in a space program that’s far more ambitious. And Russia has made it clear that they want in.

As Space.com reports, the director of Russia’s space program held a press conference on June 15 and announced that Russia is negotiating with China for access to Tiangong. At first that may seem odd, because Russia very much is a member of the ISS organization. Not only have most of the crews for the station (and many station modules) ridden to orbit on Russia’s Soyuz rockets, but a good portion of the station itself is regarded as Russian territory.

But there are good reasons for Russia asking for space on Tiangong. First, the new station is … new. It also has an different orbit that could make it easier to reach from a variety of launch locations. However, the biggest reason for Russia to want a spot on China’s space station is that China’s station could easily be the only such station in just a few more years.

The reason for this is that the projected lifespan of the ISS ends in 2024. While there are plans to provide additional funding and support, not every issue with the ISS is just one of money. The first section of ISS was launched in 1998, and as the BBC reported way back when, each module had a planned lifetime of 10 years. While regular maintenance has extended the live of several of those modules by well over a decade, the original thought was that the whole station would be replaced by 2020. That didn’t happen.

There are no plans to replace the ISS, or to retire it. In 2018, Congress passed the Leading Human Spaceflight Act, which calls for ISS to be maintained “as long as it is safe and functional,” all the way to 2030. Recently, the U.S. has sent new components to the ISS, adding improved airlocks. Astronauts are currently involved with a series of spacewalks that will add new, higher efficiency solar panels to increase the station’s power generation.

But something else could easily go wrong on the aging station. With Tiangong expected to last at least into the early 2030s, Russia’s efforts to secure a spot onboard is a pragmatic approach to maintaining access to an orbital platform.

There’s also a far more cynical reason why Russia wants that paperwork signed. Roscosmos doesn’t just fill all those Soyuz seats to Russian cosmonauts, they sell them to a number of other nations, including the U.S. Having access to Tiangong could make Russia’s reliable old Soyuz the preferred method of travel to China’s shiny new station. That consideration certainly has to play a part in the trans-atmospheric international affairs.

As ABC News makes clear, China isn’t stopping at low Earth orbit, or with the Moon—plans that SpaceNews covered last year. The head of China’s “Academy of Launch Vehicle Technology,” appeared at the Global Space Exploration Conference this week to announce a three-step plan for Martian exploration. Step one of that plan is already underway, with China’s successful landing of the Zhurong rover in May. Additional robotic probes are expected to follow at two year intervals, marking the points of closest approach between Earth and Mars.

But China hopes to meet the 2033 approach with the first human mission; two years after that, it wants to place the first base on Mars. This would lead into phase three, where China would conduct “routine human explorations.” The interval between now and 2033 would also contain a dedicated program of landing humans on the Moon, which is currently part of a 14-year plan that also includes establishing a lunar base.

Considering everything else the United States needs, and the difficulty being experienced at the moment in passing even a basic infrastructure bill, the easiest thing to say about this news is “fine.” Fine. If China wants the Moon and Mars, let them have it. Let them spend the billions it will take to put their bootprints into a lot of dry dust and bring back a lot of boring rocks. Just … fine.

Except, the benefits of such a program can be hard to measure. The technologies created for the Apollo program led to—and this is just a short list—better systems for early breast cancer detection, improvements in kidney dialysis, better home and workplace insulation, flame-proof materials, and huge improvements in green energy. Estimates of return on investment for the complete space program through Apollo run from $7 to $40 returned for every dollar spent. It’s actually pretty easy to argue that the whole modern electronics industry wouldn’t exist without the massive boost given it by the space program.

How much of a race lies ahead is difficult to say. NASA has been seriously studying possible trips to Mars since 1988 (and cooking up less thought-out schemes for two decades before that). In 2017, Donald Trump made a visit to Mars by 2033 an official NASA goal, however, he didn’t provide any direct funding or offer any intermediate goals. President Joe Biden’s 2022 proposed NASA budget contains funds for a “sample return mission” that would use a robotic probe to ship rock and soil samples from Mars to Earth, and continues to support the Artemis “Moon to Mars approach.” That plan would return humans to the Moon starting in 2024 (note: everyone expects that date to slip), and use the Moon to “validate deep space systems and operations before embarking on a human voyage to Mars.”

And, of course, national programs may end up being beaten out by the new generation of space-minded billionaires. SpaceX is continuing its development of the Starship program, and intends to follow its first successful landing in Texas with a suborbital flight that will bring Starship to Earth (well … to sea) just off Hawaii. China has already revealed their surprisingly Starship-ish upcoming vehicle. And Blue Origin is … honestly, it’s impossible to say what, if anything, Blue Orbit is doing in its massive factory right outside the gates of Kennedy Space Center.

It’s easy to pass of China’s claims as simply bragging, or to become convinced that this is a goal not worth reaching.

But the only way to lose this race may be refusing to run.