The U.S. owes vulnerable Afghans more than a hasty exit 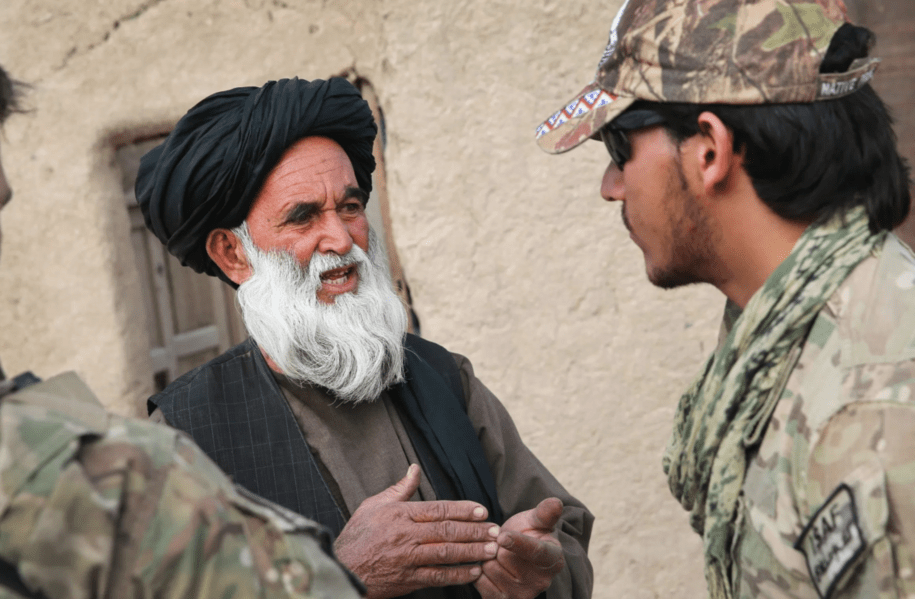 After over a decade of covert and overt involvement in Afghanistan that cost billions of dollars under multiple administrations, the U.S. exited Afghanistan in 1992, claiming its primary objective had been met. Daniel Berger declared in The Baltimore Sun that “Afghanistan may be safely … left to the Afghans.” Two decades later, we are repeating the steps of this dance as if we do not know how it ends.

During a speech in April, President Joe Biden acknowledged our great debt to American troops. But he did not ask what we owe Afghans—including thousands of interpreters for U.S. troops and their family members, and Afghan families of U.S. citizens—after multiple wars and 40 years of U.S. interference. He did not ask what we owe Afghan women and ethnic and religious minorities, who know very well that death and violence are coming for them again, as our precipitous departure creates a power vacuum in the country for the second time in less than 50 years. Violence is already escalating as NATO withdraws.

Two days after announcing the withdrawal of U.S. troops, a decision that will precipitate the mass exodus of millions, Biden also declared that he would keep President Donald Trump’s 80% cut to refugee admissions. Despite his belated raising of the cap to 62,500 for the fiscal year, as of May 31—one month from the end of the fiscal year—the U.S. had admitted only 3,250 refugees, the lowest number since formal tracking began in 1975. In Trump’s last year in office, that number was 11,814.

Roughly 18,000 Afghan interpreters who assisted the U.S. military are awaiting approval for fewer than 11,000 Special Immigrant Visas (SIV), a cumbersome and backlogged process that takes years. More than 1,600 have been rejected, which amounts to a death sentence in some cases. In addition to SIV applicants, 2.6 million Afghans are currently registered refugees, with 85% of them residing in Iran and Pakistan. So far this year, the U.S. has accepted 248 Afghan refugees for resettlement. This is paltry compared to the displacement that four decades of U.S. policies have caused and will continue to cause. At absolute minimum, responsible leadership would have included passing the GRACE Act, which would set the minimum number of refugees admitted into the U.S. each year at 125,000. The Grace Act would expedite interpreters’ visas and help them evacuate their families from dangerous situations. It would also help to achieve equal representation of Afghan women in peace and power-sharing negotiations, before beginning what is now a shameful and graceless exit.

“War in Afghanistan was never meant to be a multi-generational undertaking,” Biden said in his announcement. This was a curious statement, given that U.S. involvement in Afghanistan has spanned the entire length of Biden’s political career. In 1979, when the U.S. first involved ourselves in Afghanistan, Biden was serving as a senator on the Senate Committee on Foreign Relations. In 1984, Biden co-sponsored Senate Concurrent Resolution 74, which declared support for the CIA’s Operation Cyclone.

“You are creating a Frankenstein,” Prime Minister Benazir Bhutto warned President George W. Bush in 2001. We did not listen.

The Soviet Army retreated from Afghanistan by 1989, and the Soviet Union collapsed not long after. We washed our hands of Afghanistan, thinking ourselves safe.

There is nothing black and white about U.S. involvement in Afghanistan—not in 1979, nor in 2001. In 1979, we opposed a violent invasion of a peaceful country, as much for strategic goals as for ideals, and we also encouraged religious extremism and purchased weapons to arm hundreds of thousands of jihadists. In the most recent war, as we faced the fighters we trained and armed, we were foolish, cruel, and murderous, and we also brought a small measure of opportunity to women and minorities in urban areas.

However partial and imperfect that opportunity, it would have been our one honorable accomplishment. We are now throwing it away. Substituting armed drones for soldiers does nothing for regional security or women’s physical safety and invites future retribution. Nor does our abandonment of vulnerable Afghans to the extremists we funded, armed, and trained increase our safety at home, though we may enjoy the illusion of safety for the length of a presidency—for example, from 1992 to 2001.

At different times in Afghanistan, we have sought revenge, philanthropy, glory, and strategic advantage. Now we are seeking a convenient escape without accounting for the consequences of our choices or our responsibilities to those who have risked their lives for us. Twenty-nine years ago, the editorial board of The New York Times wrote: “Who can decently walk away from countries like Afghanistan where vast arsenals of U.S. weapons continue to slay children, women and civilians?”

We can, apparently. Again and again.

E. Lily Yu is the author of the novel On Fragile Waves.