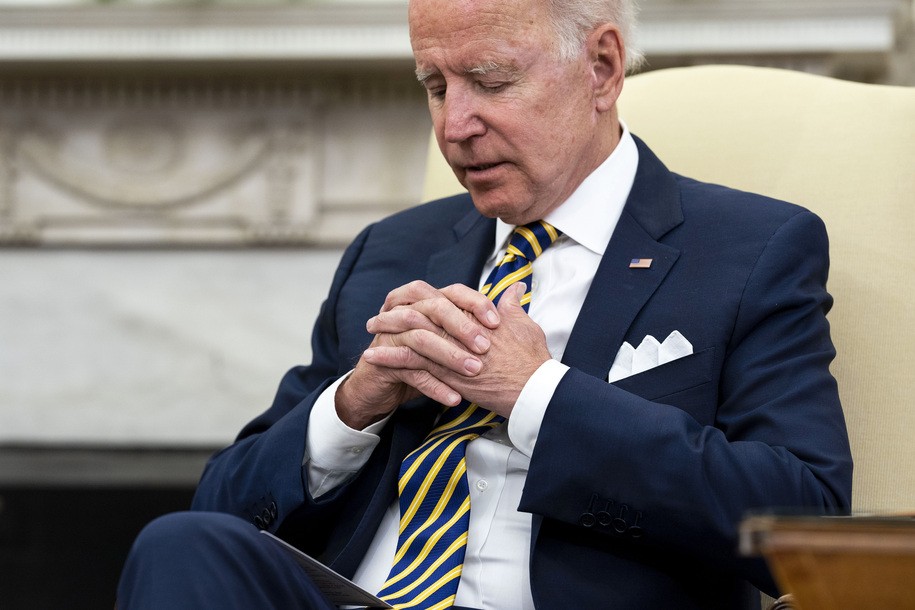 Julia Preston reports that the Biden administration has, “with little public fanfare,” been planning a review process that could set the stage for returning to the U.S. some immigrants unjustly deported by the previous administration. While President Joe Biden announced a review of military deportations after taking office (some already have been allowed to return), this expanded review could mean reunification for many others.

“Since several federal agencies are involved, the work to organize the review process is slow going, officials said, and no deadline for announcements has been set,” Preston writes for The Marshall Project and Politico. But she reports that Biden administration officials appear to be enthusiastic. “We’re eager to bring people back in who shouldn’t have been removed in the first place,” she reports one administration official told her.

Preston reports that in addition to returning deported immigrants through humanitarian parole (a process the administration has also been exercising for families separated at the southern border by the previous administration), “officials are looking at reopening deportation cases in court to give immigrants another chance, and offering waivers to remove obstacles blocking immigrants from obtaining legal green cards through family members.”

Others who could present their claims also include immigrants deported following “political activity,” the report said. For example, that could mean people who protested anti-immigrant abuses and policies. Cited in the report is Claudio Rojas, who was deported to Argentina in 2019 after appearing in a documentary about abuses at an immigration detention camp in Broward County, Florida. Immigration and Customs Enforcement deported Rojas despite his having a pending T visa, “issued to victims of human and labor trafficking,” Miami Herald reported at the time.

“A question for Biden administration officials is whether they will also extend opportunities for return to people who were deported under President Obama, when Biden was vice-president and Obama was lambasted by activists as ‘the deporter-in-chief,’” Preston reports. And, that’s a fair question. Among the those hoping to be included in this review is the family of Brigido Isidro Acosta, deported by the Obama administration in 2013. His wife, Maria Paz Perez, published a diary here at Daily Kos in summer 2020 asking then-candidate Biden if he’d use his power as president to reunite her family.

“A lot has been said about President Trump’s heartless deportations and family separations. It’s true,” she wrote at the time. “And deportation is an extreme consequence for a paperwork problem. But deportations didn’t start with President Trump. My family is proof of that. A year after Brigido’s deportation, President Obama changed his immigration policies so that people like my husband, with U.S. citizen children, were no longer considered ‘priorities’ for deportation. But the change came too late for us, and to this day, we remain separated by a border.”

Lynn Tramonte, Ohio Immigrant Alliance director and an advocate who had urged the Obama administration to not deport Acosta, said the Biden administration should bring deported people home, and called the administration’s plan to review deportations “a lifeline.” And, remember it has been extending this lifeline to some already. Last month, the administration returned Alejandra Juarez, the military spouse cruelly deported by the prior administration in 2018.

“For too long, deported people have been rendered invisible,” Tramonte said in a statement received by Daily Kos. “They and their families, friends, and communities have grieved their separation in isolation, and held out hope that one day they would be together again. The Biden administration should proudly and boldly bring deported people back to their homes and lives in the United States.”