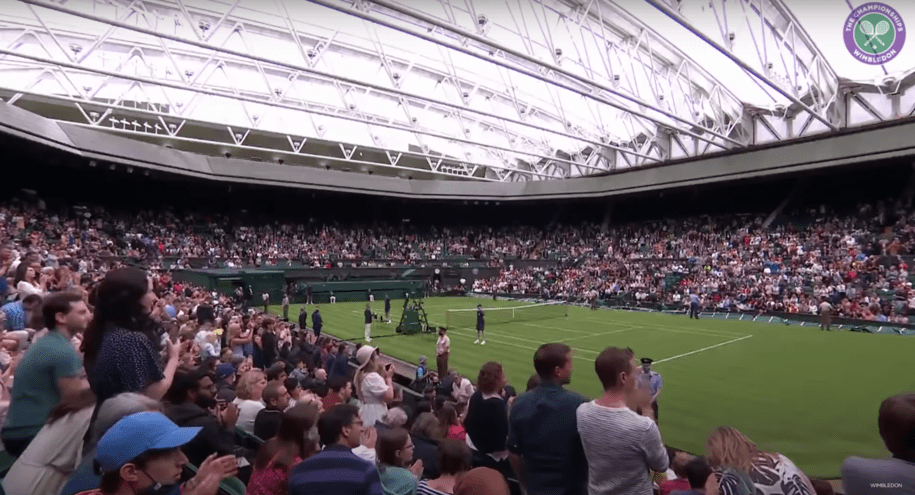 In a heartfelt moment, loud cheering and a standing ovation were given to one of the British scientists behind the Oxford-AstraZeneca COVID-19 vaccine at this year’s first match at Wimbledon. According to the Independent, Professor Dame Sarah Gilbert and her colleagues were invited to the Royal Box Monday for the first day of the tennis tournament. She was surprised when she and her colleagues were met with applause and cheers from other match-attenders.

While the crowd applauded the efforts of both individuals and organizations, including the National Health Service (NHS) that contributed to the country’s fight against COVID-19, loud cheers for Gilbert stood out from the rest. According to the Independent, the University of Oxford team led by Gilbert produced one of the first COVID-19 vaccines to be approved for use in the U.K.

The cheers followed an announcement at the beginning of the match in which announcers paid tribute to the “important work” done by those working to end the pandemic and acknowledged their presence at the tournament.

“Today they include leaders who have developed the anti-Covid vaccine, NHS,” the announcer said. The narrator then listed the names of NHS clinical trial leaders, individuals involved in critical care, nursing staff, and community workers.

Another name mentioned as a “keyworker” from the pandemic included Capt. Sir Tom Moore, who passed in February from the virus but not before he could raise over 32 million for the NHS. Moore’s daughter, Hanna Ingram-Moore, represented him as a guest at the match.

In videos shared on social media, the applause can be heard growing louder as each person slowly stands.

“An opening day on Centre Court with a difference … A special moment as we say thank you to those who have played such an important role in the response to COVID-19,” Wimbledon tweeted.

An opening day on Centre Court with a difference… A special moment as we say thank you to those who have played such an important role in the response to COVID-19#Wimbledon pic.twitter.com/16dW1kQ2nr

Attendees at the game were not the only ones who gave Gilbert a shoutout. Following posts by the official Wimbledon account, Prime Minister Boris Johnson and the Duke and Duchess of Cambridge also took to Twitter to express their gratitude.

“Thank you Dame Sarah Gilbert and the incredible team that developed the Oxford/AstraZeneca Covid vaccine,” a tweet from the official Kensington Royal account read.

Johnson noted that the standing ovation was an “inspiring moment” and thanked those who had contributed to the U.K.’s fight against COVID-19: “We owe a huge debt of gratitude to those who have saved lives and helped us on the road back to normality.”

More applause is expected at matches as hundreds of free tickets throughout the tournament have been issued to “keyworkers” in ending the pandemic as a gesture of gratitude.

“In order to say thank you, the AELTC [All England Lawn Tennis Club] has provided 100 daily Centre and No 1 Court tickets to various groups ranging from the NHS to Transport For London … and other inspirational individuals, all in recognition of the service they have provided to those in their communities throughout the pandemic,” the organization said on its website.