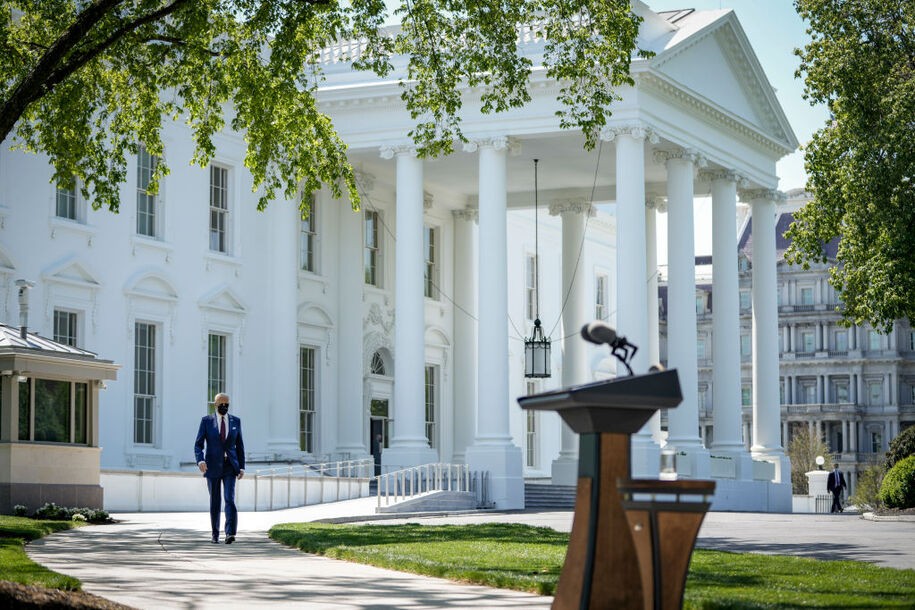 We begin today’s roundup with an incredibly important article by David Rothkopf at The Daily Beast on the Big Lie and why so many Americans have lost touch with reality:

Poll after poll shows that one third of all of us believe the 2020 election was stolen from Donald Trump. Even though the matter has been adjudicated in scores of courts. Even though not a single scintilla of evidence exists that the election was anything but fair.

Six months after the attack on the Capitol triggered by that lie, commentators, political scientists, and families around the dinner table still struggle to come to grips with perverse reality. It is natural to want to understand how we got here. The fate of our democracy turns on not just what our electorate believes but why they believe it. Why are a third of us such gullible rubes?

Speaking of extremism, Peter Weber at The Week shines a spotlight on one of the most extremist members of Congress, Rep. Paul Grosar:

Rep. Gosar (R-Ariz.), a far-right Republican in Congress since 2010, first gained national notoriety when six of his siblings warned voters about his extremism and endorsed his opponent in 2018. The organizers of the Jan. 6 Capitol riot claim him as a driving force, and in February, Gosar was the surprise keynote speaker and only member of Congress at an event hosted by the white nationalist group America First and its founder, Nicholas Fuentes.

The president’s hiring at many levels of his administration has been unexpected and diverse, and not just in a Gina Haspel, Girl Torturer way. He has injected new ideological blood, much of it from the lineage of his primary opponent Warren, who has long believed that personnel is policy; Biden brought in these wonks to implement his economic agenda.

Now, the question is whether he can execute theirs. Few expected Biden would be at the helm of the Democratic Party’s biggest left turn since LBJ. (“A lot of us are like, Huh?” said one advocate who works closely with the administration. “I’m closer to it than some people, and I’m still like … Huh.”) But here we are, with a federal-budget proposal representing the highest sustained government spending since World War II being negotiated in the Senate and historic investments in a care economy and climate policy on the table via an imperiled reconciliation bill. It’s stuff that — if any of it works — would be the result of decades of organizing: on the streets, in electoral politics, and in the field of economic policy. If it doesn’t, human beings and the planet will be that much further from getting anything close to what they so desperately need. But success or failure now is also about whether this president will truly take advantage of that once-in-a-lifetime shift in economic thinking to produce lasting change, or just a marginally better version of an old Democratic model.

First, let’s try to put this boom in context, by noting that the economy is running hotter than it did during the “Morning in America” boom that gave Ronald Reagan a landslide victory in the 1984 presidential election.

To be fair, Reagan-era job gains took place from a lower base, so it may be more appropriate to compare growth rates. But this still gives Biden the advantage: 5 percent at an annual rate, versus 4.4 percent in 1983-84. And the disparity grows if you compare jobs with the working-age population, which was growing around 1 percent a year in the 1980s but has stagnated in recent years.

At The New York Times, Kmele Foster, David French, Jason Stanley and Thomas Chatterton Williams write about the authoritarian streak in the right’s attempt to use critical race theory as a boogeyman at all levels of education:

These initiatives have been marketed as “anti-critical race theory” laws. We, the authors of this essay, have wide ideological divergences on the explicit targets of this legislation. Some of us are deeply influenced by the academic discipline of critical race theory and its critique of racist structures and admire the 1619 Project. Some of us are skeptical of structural racist explanations and racial identity itself, and disagree with the mission and methodology of the 1619 Project. We span the ideological spectrum: a progressive, a moderate, a libertarian and a conservative.

It is because of these differences that we here join together, as we are united in one overarching concern: the danger posed by these laws to liberal education.

On a final note, Jelani Cobb at The New Yorker takes a deep dive analysis into the history and dynamics in Minneapolis and elsewhere in the aftermath of the Derek Chauvin sentencing:

The near-unanimity of the law-enforcement opposition to Chauvin on the stand heartened people, but it also raised other concerns: if officers’ testimony made the difference between acquittal and conviction in this case, it suggested that their reluctance to testify in previous cases may have been a causal factor in failures to convict. More profoundly, it suggested that the police are still the arbiters of good judgment, even in cases which call that presumption into question.