‘Drought’ doesn’t cover it anymore for the West. This is aridification and it’s not going away 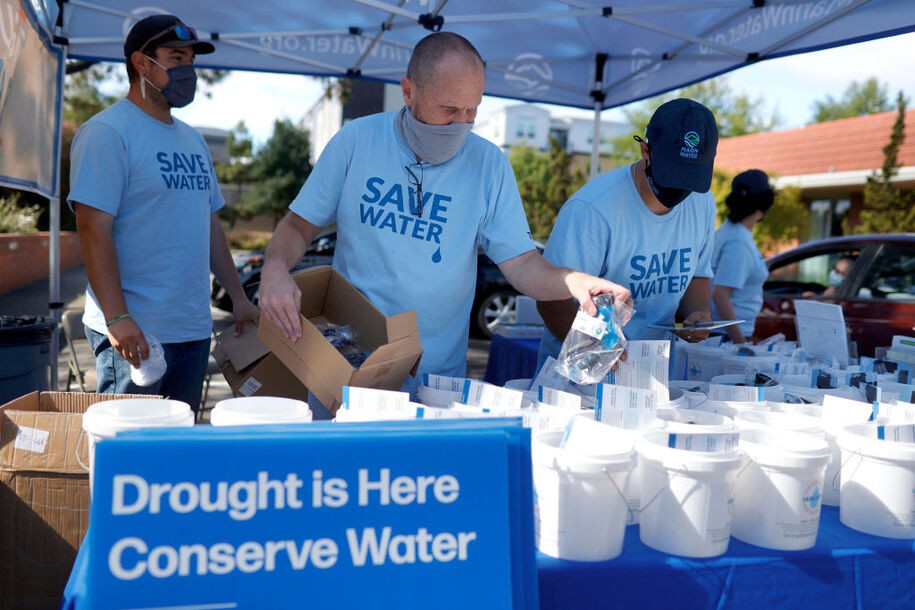 The past few weeks of record-bashing temperatures in the Pacific Northwest is just insult to injury in a parched Western United States. This is what the region looks like as of the last days of June.

Comparing those maps demonstrates one fundamental thing—a huge swath of the West is becoming desert, joining our neighbors to the south. It’s hard to overstate how dire the future looks.

Consider this: a new Greater Yellowstone Climate Assessment records temperatures in the Greater Yellowstone Area that have risen 2.3 degrees Fahrenheit (1.3 C) since 1950. More critically the region has lost a quarter of its annual snowfall. By the end of the century, the assessment projects, the snow level in the basin is going to be 10,000 feet. That means no more skiing at Jackson Hole in the Tetons. Moisture that does fall will be rain, which is fleeting. The entire region depends on annual snow pack—the stored water high in the mountains that melts slowly through spring and summer to keep rivers flowing, fish alive, grazing for wildlife and livestock, crops growing, and golf courses green.

The implications go far beyond the Greater Yellowstone region, however, because it’s the point where three major river basins of the western U.S. converge. The rivers of the Snake-Columbia basin, Green-Colorado basin, and Missouri River Basin all begin as snow the Montana and Wyoming Rockies. These are the rivers that are keeping the inland West arable. The six states of the Colorado River Compact—Colorado, New Mexico, Utah, and Wyoming (comprising the Upper Basin) and Arizona, California and Nevada (the Lower Basin)—are all in danger of losing that resource entirely.

That’s the medium-range outlook. The right now is pretty damned grim, too.

The reality is climate change and global warming is not going to stop. The glaciers are not going to reform. Fire season will be a thing of the past for much of the West—there will always be wildfires, all year round. It means our policymakers have to get serious and fast about doing everything they can to at least slow it down.

But it also means that we have to fundamentally change how we think about water and how we think about drought. “We have to fundamentally change the mindset of the public, and the way we manage this resource,” Newsha Ajami, a hydrologist and the director of urban water policy at Stanford University’s Water in the West program, told High Country News two years ago when the situation was that much less dire. “And one of the ways you do it is, you have to change the terminologies that we use in dealing with water.”

The Colorado River Research Group has decided to use the term “aridification,” which they translate as “a transformation to a drier environment.” The idea of “drought” is temporary. The idea of aridification is the permanent new reality the West faces. Accepting that is critical not just for those of us who live in the West when we think about ripping out our lawns and planting xeriscape gardens. Or turning off the faucet while we brush or teeth or for the duration of our 20-second hand-washings. Or keeping a bucket in our showers to collect gray water. Or finally eschewing the epitome of our throwaway, consumerist society: the single-use plastic water bottles as a fixture of daily life.

Accepting that the entire West—including the newly baked Pacific Northwest coast—is arid, and is going to remain so for the foreseeable future, means accepting that we have to take action. It means we have to start holding our lawmakers and policymakers as accountable as ourselves.