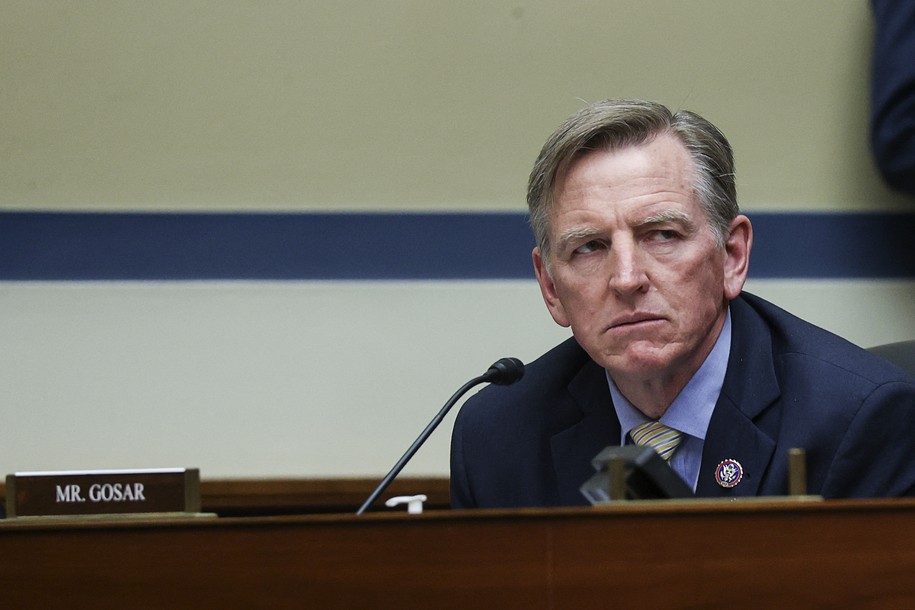 What’s keeping democracy experts up most at night? An overturned election

Analysis: Amid all the voting changes in state laws, giving more power to partisan officials to overturn an election is at the top of the list of concerns.

Congress is just beginning a new investigation into the Jan. 6 riot at the Capitol, but the movement behind it remains as active as ever. Former President Donald Trump is frequently repeating false claims of victory, plotting revenge against politicians who opposed his efforts to overturn the election, attacking key Republicans who refuse to back him up now and hinting at a return to power, either through another presidential run or some other means.

There’s no legal avenue for Trump to reverse the 2020 results. But a half-dozen scholars who study democracy and election laws told NBC News they are increasingly worried that 2024 could be a repeat of 2020, only with a party further remade in the former president’s image and better equipped to sow disorder during the process and even potentially overturn the results.

The governor is preparing a July 10 campaign kickoff to solidify support from a once-reliable base unmoored by Trump’s insistence that Kemp should have done more to reverse his November election defeat. #gapol https://t.co/PiojdCrI6F

Six months after the insurrection it triggered, it’s clear that the stolen-election nonsense is just a drop in a tidal wave of bullshit.

Because even the most modest amount of analysis and introspection will reveal that buying into the nonsense peddled by the former president and his clown college of cronies is not an aberration, not due to some momentary lapse on the part of the American electorate. We were raised on lies—including many lies that are much, much bigger than the big one that troubles us today.

That’s the problem. We are as a society—and by “we” I mean virtually all of us on the planet —brought up to believe howling absurdities, ridiculous impossibilities, and insupportable malarkey from our very first moments on Earth. We have massive lie-delivery systems that are the core institutions of our society. And we have created cultural barriers to even questioning those fabrications which are most deserving of skeptical scrutiny. For example, we regularly label as sacred those ideas that are least able to stand up to scrutiny. (Heck, we have folks in our society who can’t even handle the idea that the history we teach our kids might actually be based on what happened, you know, back in the past.)

As a former GOP chair, I never thought I’d say this, but thank you to the Democrats for being good stewards of the Constitution when America needed them most.

Why Republicans Condemn Marjorie Taylor Greene, But Not Paul Gosar

One Democrat chalked up the silence to the desire not give the attention they crave to the white nationalists Gosar is associating with. “There is a tension between spotlighting hate and disinformation in order to disinfect it and giving oxygen to people who are in this for the wrong reasons and thrive on it,” Jake Auchincloss of Massachusetts told Intelligencer.

Meanwhile, other Republicans on Capitol Hill have pleaded ignorance about Gosar. Randy Feenstra of Iowa, who bested King in a primary, agreed to stop and take a question before entering the House chamber to vote on Wednesday. Once the question was asked about Gosar, he quickly passed through the metal detector at the chamber’s entrance and onto the floor. Others, such as Jim Jordan of Ohio, told Intelligencer they were unfamiliar with the controversy. “I don’t know what you’re talking about,” he said, and declined to weigh in once it was explained to him that Gosar was going to a fundraiser with a Holocaust denier. Jeff Van Drew of New Jersey also declined to weigh in, saying “whoever runs against him will bring it up often and it will be a major point of discussion.”

There was one exception: anti-Trump maverick Adam Kinzinger of Illinois, who retweeted a condemnation of Gosar from a former Republican congressman.

Far-Right Extremist Finds an Ally in an Arizona Congressman

Representative Paul Gosar’s association with the white nationalist Nick Fuentes is the most vivid example of the Republican Party’s growing acceptance of extremism.

“There is some hope, maybe, for America First in Congress,” Mr. Fuentes said, referring to the name of his movement, a group that aims to preserve white, Christian identity and culture. “And that is thanks to — almost exclusively — to Representative Paul Gosar.”

Mr. Gosar, a five-term Republican and dentist from Prescott, Ariz., emerged this year as a vociferous backer of the “Stop the Steal” movement that falsely claimed that former President Donald J. Trump won the 2020 election and spearheaded the rally in Washington on Jan. 6 that led to the deadly Capitol riot.

But Mr. Gosar’s ties to racists like Mr. Fuentes and America First, as well as similar far-right fringe organizations and activists, have been less scrutinized. A review of public comments and social media posts suggests that in Mr. Gosar, they have found an ally and advocate in Congress.

On the six-month anniversary of the deadly insurrection at the U.S. Capitol, President Biden called for a bipartisan effort to investigate what happened on Jan. 6 https://t.co/FLxJuBeQA4

Across the country, as campaigns gear up for a handful of key races this year and the pivotal 2022 midterms, Republican candidates for state and federal offices are increasingly focused on the last election — running on the falsehood spread by Trump and his allies that the 2020 race was stolen from him.

While most of these campaigns are in their early stages, the embrace of Trump’s claims is already widespread on the trail and in candidates’ messages to voters. The trend provides fresh evidence of Trump’s continued grip on the GOP, reflecting how a movement inspired by his claims and centered on overturning a democratic election has gained currency in the party since the Jan. 6 Capitol attack.

It’s our job to run against it and to make clear how widely this represents the Republicans.

In my class Propaganda, Ideology, and Democracy, we sometimes look at the crime rates in detail, and compare them with the attitudes about crime rates at the same time, which bear little or no relation. Homicide in NYC began rapidly dropping under David Dinkins, not Giuliani.

Donald Trump is fueling an authoritarian movement abetted by far too many Republican senators and House members. We must unite to preserve democracy.

Many urge us to follow the path of bipartisanship to lead us out of this danger. As much as the Biden administration may be trying to restore a sense of normalcy to our nation after the past four years and as much as Sen. Joe Manchin, D-W.Va., and others seek the time honored goal of bipartisanship and common ground to solve our problems, those are elusive goals.

We have all lived in an America with two political parties for generations. It is the only way we understand to participate and speak about our politics. A two-party lens is the only way the news media knows how to cover Washington and, of course, elections. It’s why so many of us cannot give up on the idea that there must be a two-party solution to the danger of the moment. I wish it was possible. It’s not.

Behind those variations in vaccination rates? It seems to be a mix of demography, geography and politics. https://t.co/Yi2dYSauuB pic.twitter.com/OcC3crIDNZ

Just how much Covid was spreading behind closed doors last year? Quite a lot, as a new study with a simple yet creative approach found out.

Private gatherings have been harder for researchers to measure than big public events — they’re private, after all. And there has been a fierce debate for months among epidemiologists about just how big a factor they have been in how coronavirus moved from person to person.

But researchers from Harvard, the RAND Corporation and Castlight Health used a creative method for finding them: Using health insurance claims data, they looked at the Covid rates of families in the two weeks after one of them had a birthday. Overall, their paper, published in Jama Internal Medicine, found that a recent family birthday increased Covid risk by nearly a third in counties where the virus was widespread.

Their theory is that the increased risk is almost certainly explained by birthday parties. Though the insurance claims don’t show whether any individual Covid patient had actually held a birthday party, several aspects of the data strongly suggest a connection.

There a lot going on here:

UNC journalism faculty on the university’s NHJ dithering: “We will be frank: it was racist.” https://t.co/iMnH1pGNDe

We offer @nhannahjones our profound apology for all she endured. It will not be in vain. We are reestablishing our autonomy, clarifying our values & will demonstrate a model of faculty governance guided by diversity, equity, inclusion & belonging. https://t.co/5alMHv39Lg

Want to know more? Check out this thread:

Meeting with #NikoleHannahJones for an interview this week made me reflect on my June interview with Walter Hussman, the conservative Arkansas media magnate and #UNC megadonor who lobbied against hiring her. It’s worth talking a bit about these two people and interviews.