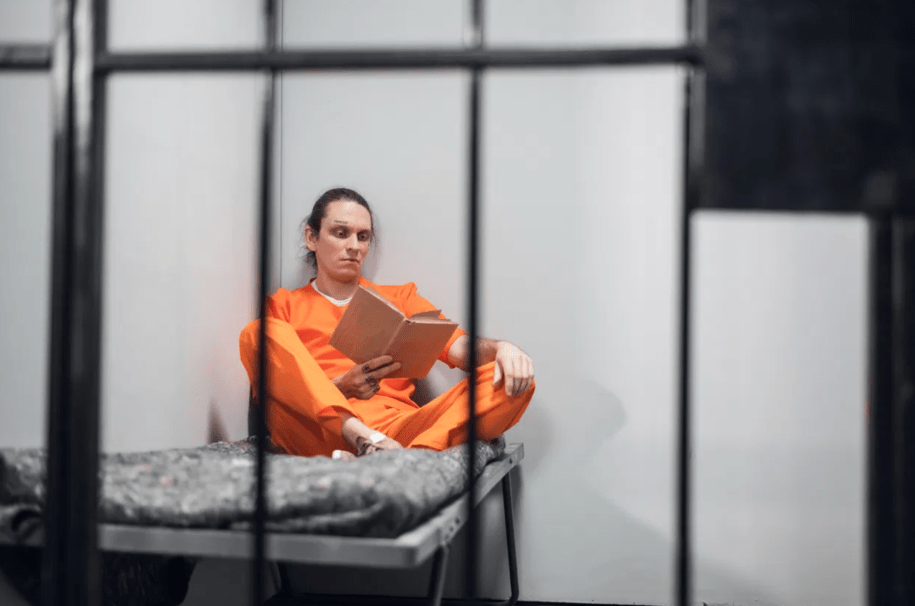 Accessing education can be endlessly challenging for those who are currently or formerly incarcerated. For those inside, coursework is often provided through partnerships with surrounding colleges and universities, but issues ranging from constant facility transfers to ineligibility for tuition loans can make completing one’s studies unfeasible. For those who have returned home, they can still be barred from applying for on-campus housing or entry to certain colleges. The result is that students who could stand the most to gain from higher education are often barred from it.

Lower recidivism rates and the ability to find jobs upon release are often touted as the only advantages of providing education for incarcerated students. However, new programs created for currently and formerly incarcerated students are leaning on both liberal arts and political education to help students dive deeper into history and cultivate a fuller understanding of both themselves and the various systems of oppression that often led to their incarceration. In doing so, these programs both nurture students’ self-discovery and provide them with the tools they need to become change-makers.

Program participants often cite this coursework as being enlightening, underscoring the significance of prison education beyond just its ability to prepare students for the workforce post-release. While college is utilized as a vehicle for career advancement, it’s also widely understood as a place of self-discovery and an opportunity to better see ourselves through interacting with new ideas and perspectives. That time for self-discovery is just as valuable for incarcerated students.

‘It enlightened me to a bigger purpose’

For Aminah Elster, access to prison education set her on the path to further her own academic journey, and last year she graduated from the school of her dreams: UC Berkeley. While incarcerated, Elster learned that she could apply to take classes at Feather River Community College, which enabled her to earn her associate’s degree. Feather River offered courses in the humanities as well as business administration, but Elster’s most memorable classes were in history.

“I grew up in East Oakland and I was never really exposed to anything really outside of that community,” Elster told Prism. “Prior to prison, I had believed that Oakland or California basically was the whole world; I could not see outside of that. So taking the classes and learning about cultures and histories outside of where I grew up enlightened me to a bigger purpose, not only for myself but for all Black people.”

While Elster’s program was more hands-on and structured than other programs available at her facility, they didn’t come without their challenges. After applying, Elster was placed on a waitlist for two years before she could begin taking courses. She said that once enrolled, in-person instruction was infrequent due to difficulties with professors being able to enter the facility. Further, high tuition costs kept her from pursuing her bachelor’s and master’s degrees while inside. Elster said there should be more robust and varied programs throughout prisons—particularly women’s facilities—and that these programs should accommodate a wider variety of different learning styles as well.

Despite the challenges, Elster was still able to use her studies inside to springboard her to more academic achievement and her current career as an advocate. In August of 2017, Elster was paroled and returned home. By November of that year, she submitted all of her college applications.

“I’d actually started preparing and writing my personal statements while incarcerated,” Elster said. “And from there I just worked full time and when I was accepted into school, I went to school full time and continued to work full time. So that was my transition … I hit the ground running.”

Last spring, Elster graduated with her bachelor’s degree in legal studies from UC Berkeley. She currently works as the campaign and policy coordinator at the California Coalition for Women Prisoners and is the founder of her own nonprofit organization, Unapologetically HERS, which provides leadership development for women incarcerated in California prisons. Elster also serves as a fellow with the San Francisco District Attorney’s Safety and Justice Challenge.

“We know that our prisons are bursting at the seams with Black and brown folks and then I think about how hard it was for people of color to fight for literacy and to fight for the right to have access to education,” Elster said. “It is important that folks that are incarcerated have access to educational pursuits and opportunities. All the folks that I know who have pursued education have gone on to do amazing and powerful things. I think it definitely helps folks to explore and get a grip of things that caused them to be in prison and how not to repeat them. I just think higher education is vital.”

Ruth Delaney, program manager at the Vera Institute of Justice, says that this past year has spurred more conversations amongst colleges that provide Second Chance Pell grants to incarcerated students about the import of culturally relevant curricula. In her opinion however, courses explicitly about mass incarceration or the Prison Industrial Complex may be unnecessary because it overlaps so much with what those inside already know based on their lived experiences.

However, at most colleges—particularly those that serve specific demographics such as women’s colleges or HBCUs—curricula focused on one’s lived experience can help students understand their place in the world and see with new eyes the constructs that they were born into. That specificity can actually deepen the rigor and value of their coursework.

In a short documentary produced about Wesleyan’s Center for Prison Education program, Clyde Meikle, a student who had served over 20 years on a 50-year sentence, talked about the intersection between his coursework and his own life.

“As I started engaging and reading things like Giorgio Agamben and Michel Foucault, what I realized was that I was always an incarcerated scholar,” Meikle said. “So in the spaces that I had came from, I was always incarcerated. I was caught up in this space that was … carceral in a way. [Prison] was only a manifestation of a history that I had already come from.”

A new approach to education and advocacy

Programs that marry education access and engagement with issues of social justice explicitly for the benefit of those who have been impacted by incarceration are few and far between, but that mission is at the heart of a new tuition-free program hosted by the Bard Prison Initiative (BPI). Bard currently runs two tuition-free microcolleges in Brooklyn, New York, and Holyoke, Massachusetts. Each school works with community organizations to provide a Bard College education to communities that are typically locked out of opportunities for higher education.

The program’s newest microcollege will be based in Harlem and operate in conjunction with the New York Public Library to explicitly serve those who are formerly incarcerated or come from communities that are disproportionately impacted by the criminal legal system, and who are interested in learning more about advocacy. Unlike the two other microcolleges which focus solely on classical liberal arts, the curriculum at Bard Microcollege for Just Community Leadership will focus on community engagement, mass incarceration, and social change and lean on professors who are also intimately impacted by incarceration as well.

The college is a collaborative effort between BPI, the New York Public Library, Just Leadership USA, and the College and Community Fellowship (CCF). In a recent panel about the new college, Just Leadership Executive Director DeAnna Hoskins said that this advocacy focus is crucial because it will teach students how organizing extends beyond just protesting and includes an inside game that requires understanding how policy works.

Similarly, Vivian Nixon, former executive director of CCF, said the microcollege will hopefully open up the world of advocacy and expand students’ conception of what social issues they can organize around and the myriad methods that they can take to tackle them.

BPI Executive Director Max Kenner shared that the organization hopes to develop a free tuition microcollege in every borough over the coming years, but that the social engagement focus on the Just Community Leadership program along with its location in Harlem make it uniquely special. Harlem residents are often separated from and extracted by the colleges that also find home in the area—namely Columbia University. The Just Community Leadership microcollege hopes to serve as an institution of higher education that is embedded within and created for those communities that have been long neglected. Further, proximity to resources like the Schomburg Center and other historical landmarks can serve as reminders of the deep well of arts and activism that the area is known for.

“The remnants of that history are still here despite gentrification and the college might reinvigorate that spirit,” Nixon said.

As reported by Prism, Reginald Dwayne Betts delivered Wesleyan University’s Class of 2021 commencement address, speaking both to the college’s senior class as well as the eight incarcerated men also graduating through the Wesleyan Center for Prison Education. Betts, a scholar, poet, and lawyer, was incarcerated during his teens through his early twenties. While he graduated from college and went on to law school after his incarceration, he spoke of the ways that education impacted him beyond his career—most specifically, how it helped counteract the degradation of incarceration.

“I believe I disappeared to much of the world while I was in prison,” Betts said. “And I believe I reappeared through the education I received in college.”

Initiatives like the microcollege as well as college prison programs exemplify what society can invest in as efforts to divest from the carceral system gain success. It also could be a blueprint for how the world of academia can help those returning home in the process of reappearing to society. Widening access to educational opportunities, whether to those formerly incarcerated or those still inside, is also a crucial type of wealth—of a value that Hoskins says is incomparable.

“Your education is the one thing no law can take away from you,” Hoskins said. “Once you have it, it’s yours. You own that.”