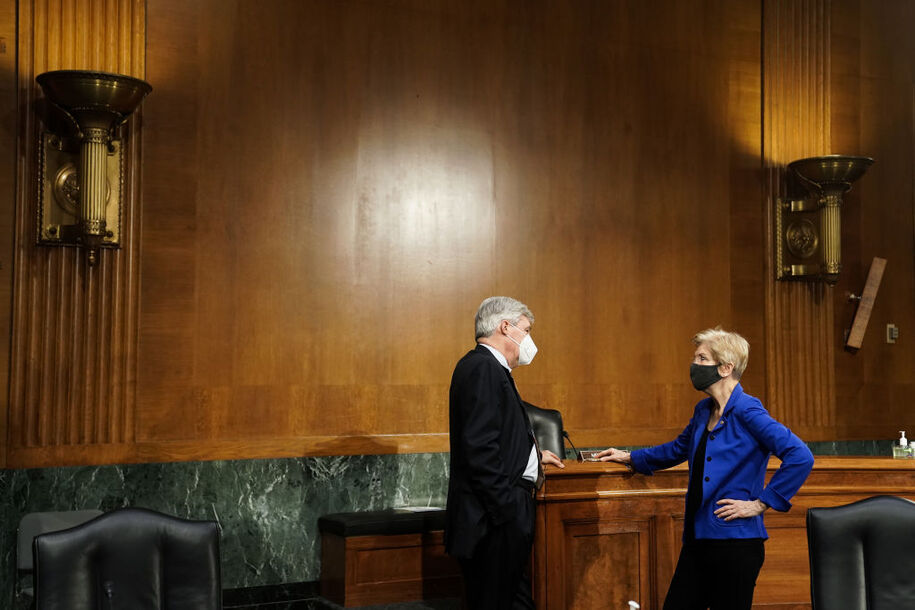 In a letter to Chair Ron Wyden (Oregon), the two write that this “tax avoidance by the nation’s wealthiest individuals is profoundly unfair. It leaves the nation unable to pay for critical investments in infrastructure, education, and health care. It favors investment income over wages, distorting our nation’s economy and adding to inequality. And it leaves low-income and middle class families paying an unfair tax burden.” What makes it worse, they write, “is that the vast majority of the tax avoidance is legal: the nation’s wealthiest individuals and families are able to take advantage of loopholes and use complex investment and income strategies to avoid taxable income—all while they reap billions from their investments and live lives of privilege that are beyond the imagination of most families.”

The two picked an opportune time to ask for this investigation, with the just agreed-upon budget plan, which will include tax hikes on the wealthy and corporations and funding for the IRS to allow it to close the “tax gap” between what individuals or corporations owe and what they actually pay. Tracing down how financial institutions help those wealthy individuals and corporations shield taxable income could definitely help there.

Warren and Whitehouse are also sponsoring an “ultramillionaire” tax, along with Democratic Reps. Representative Pramila Jayapal (D-WA-07), a member of the House Budget Committee, and Representative Brendan Boyle (D-PA-02), a member of the House Ways and Means, to tax the wealthiest 100,000 households. It would include a 2% tax on households and trusts between $50 million and $1 billion, and tack on an additional 1% annual surtax on the net worth of households and trusts above $1 billion. Sens. Bernie Sanders, Jeff Merkley, Kirsten Gillibrand, Brian Schatz , Ed Markey, and Mazie Hirono are also sponsoring the bill.

“Wealth at the top has boomed during the COVID crisis. Billionaires’ wealth has literally exploded while many Americans struggle with job and income loss,” wrote Emmanuel Saez and Gabriel Zucman, economists from the University of California-Berkeley. “The ultra-millionaire wealth tax is the most direct and powerful tool to curb growing wealth concentration in the US and make sure the ultra-wealthy pay their fair share in taxes. It will also bring substantial and much needed tax revenue to address the many challenges the country is facing.” The $3 trillion it would bring in in the next decade would go a long way toward combatting climate change, expanding health care, freeing Americans from student debt—any number of critical investments.

For all of this to happen though, for the wealthy and corporations to finally pay their fair share, the IRS needs to be fully funded, restored from the decades of Republican efforts to destroy the agency. Like Mitch McConnell, whose estimated net worth in 2018 was approximately $34,137,534 and whose project to “virtually abolish the IRS as you know it” began in 1997. He is still railing against the IRS and introducing a bill with Sen. Mike Braun of Indiana aimed at preventing the IRS from “being used as a political weapon.” That’s McConnell once again dredging up one of the biggest scandals manufactured by Republicans against the Obama administration, the supposed targeting of tea party organizations by the IRS. Which wasn’t a thing. Not one tea party group was denied tax exempt status.

McConnell has been doing the bidding of the super-rich and Koch-backed dark money groups he’s always championed in the Senate. They’re on an all-out mission to keep the IRS handcuffed, so that they can continue to avoid the taxes they already owe, much less stop further tax hikes.