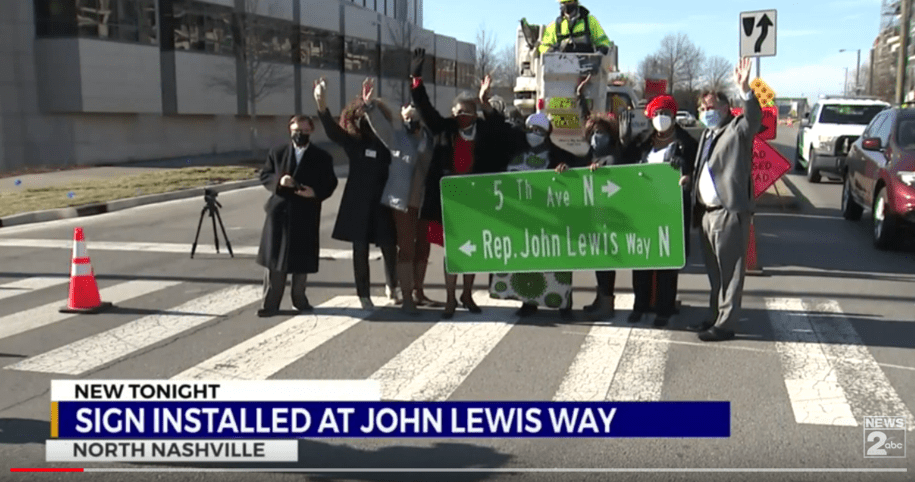 Connect! Unite! Act! is a weekly series that seeks to create face-to-face networks in each congressional district. Groups meet regularly to socialize, but also to get out the vote, support candidates and engage in other local political actions that help our progressive movement grow and exert influence on the powers that be. Visit us every week to see how you can get involved!

More than 100 “Good Trouble” vigils honoring John Lewis are planned all over the United States on Saturday, July 17.

These vigils marking the one year anniversary of the death of the civil rights icon are also demonstrations in support of Democracy and the John Lewis Voting Rights Advancement Act.

Please see update diary HERE for more information on a vigil near you.

The original diary with information about the Nashville event is below:

Heads up, NASHVILLE! There will be public events on Saturday commemorating the first anniversary of the death of civil rights icon John Robert Lewis. He left this life on July 17, 2020, after more than 60 years of activism and getting in Good Trouble.

If you are feeling somewhat isolated as a Democrat in ruby red Tennessee, attending a celebration like this might be a welcome reminder that you are not the only progressive person in your area.

No matter how red your state, blue drops are everywhere! All you have to do is find out where they are, and go meet them there!

Why is John Lewis being honored in Tennessee when so many people associate him with more than three decades of representing Georgia in Congress?

Lewis attended and graduated from two Nashville schools, American Baptist College and Fisk University, and was very involved in the civil rights movement during those years.

He was a leader in the Nashville student group that organized sit-ins and other nonviolent direct action, often risking arrest and going to jail.

Fifth Avenue was the site of many demonstrations demanding an end to segregation in downtown Nashville businesses and public spaces. John Lewis participated in several of them. It is poetic justice that the very street where water hoses and bug spray were used on him during a 1960 lunch counter sit-in has been renamed John Lewis Way!

The dedication ceremony will be at 9 AM Saturday morning, near the corner of Jefferson Street and Fifth Avenue North. Nashville Mayor John Cooper will speak, along with other local activists and officials including John Lewis Way Committee Chair Zulfat Suara.

After the street has been formally renamed and dedicated, all in the assembled crowd will be invited to march together about a mile down John Lewis Way to the historic and beautifully renovated Ryman Auditorium, former home of the Grand Ole Opry.

At 11 AM there will be keynote remarks at the Ryman by historian Jon Meacham; stirring music by Ruby Amanfu, Leigh Nash, and Matt Maher; and a festive reception.

The Ryman Auditorium event is FREE and open to the public, but tickets are required due to building capacity requirements. More information about tickets at this link.

Free parking has been arranged at the Nashville Sounds Stadium, located at 800 John Lewis Way North, from 7 AM to 3:30 PM.

If you are aware of other events happening this weekend to honor John Lewis, please post them in the comments.

And if you are up to any other kind of Good Trouble in support of progressive values this weekend or in the weeks to come, please share that information too!

What are you working on in your local area to move our progressive agenda along?