Jim Jordan tried to condescend to Liz Cheney during Capitol attack. It didn’t go well for him 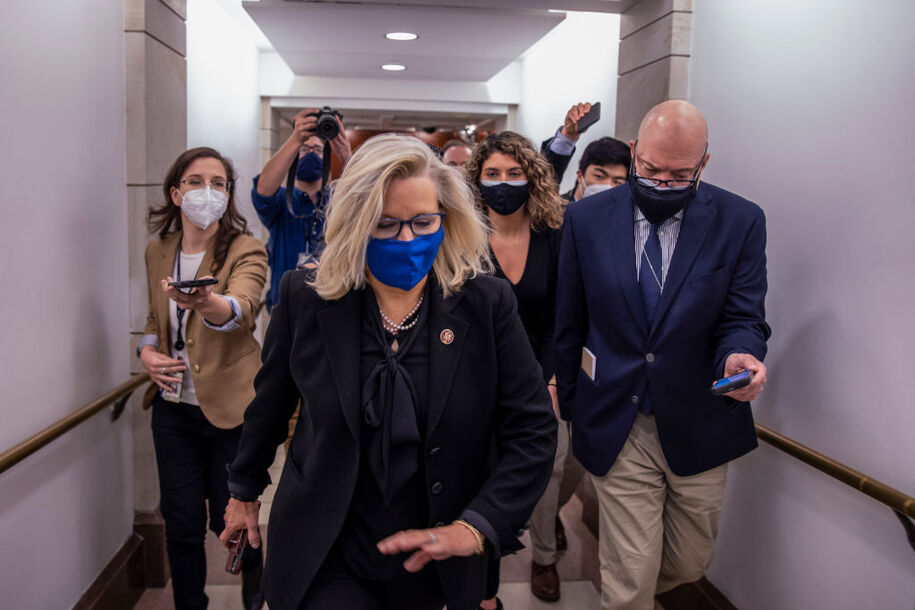 Yet another behind-the-scenes book about Donald Trump’s final months in office is coming out, and this one, by Carol Leonnig and Philip Rucker, has a spectacular moment between Reps. Liz Cheney and Jim Jordan. Cheney recounted the moment to Joint Chiefs of Staff Chair Gen. Mark Milley on Jan. 7, the day after the attack on the U.S. Capitol.

”That fucking guy Jim Jordan,” Cheney, who was then still the third-ranking House Republican, told Milley. “That son of a bitch. … While these maniacs are going through the place, I’m standing in the aisle and he said ‘We need to get the ladies away from the aisle. Let me help you.’ I smacked his hand away and told him, ‘Get away from me. You fucking did this.’”

It’s just a few short lines, but there is so much here.

We have Gym Jordan suddenly fashioning himself as the protector of “the ladies.” Jordan didn’t protect college wrestlers from sexual abuse when watching out for their welfare was his job, but here comes a mob raging over lies about a stolen election and Jordan is Mr. Chivalry. It was an empty gesture, too, because if the mob had gotten through those last doors and past the Capitol police, being “away from the aisle” wouldn’t have been especially helpful. And, as Cheney correctly pointed out to his face, Jordan participated in those lies. He did encourage that mob, even if, after the fact, he claimed “I’ve never said that this election was stolen.” He went on to vote against an independent commission to investigate the attack. He has assailed Justice Department officials for not going along with Trump’s push to investigate every conspiracy theory-driven rumor about election fraud. He really did fucking do that.

We also have Liz Cheney genuinely angry. As Cheney has taken the high road in the wake of Jan. 6, pinning responsibility on Donald Trump and calling on Republicans to respect elections, moves that cost her her role in Republican leadership, it’s still been an open question how much of her stance was political calculation. Now we know that Cheney may be betting that the future of the Republican Party does not lie with Trump, but she was also sincerely furious, not just with Trump but with some of her fellow House Republicans.

Jordan’s sexist condescension is also hilarious because, while no single member of the House would have been able to make much of a dent in a hand-to-hand battle with the mob (probably not even a pen-wielding Rep. Jason Crow), it does invite a question: Who would you rather have on your side in a brawl? For me, there’s no doubt. I’m going with the woman willing to take on her party rather than the guy who appears to lie about his height, even if he was a college wrestler.