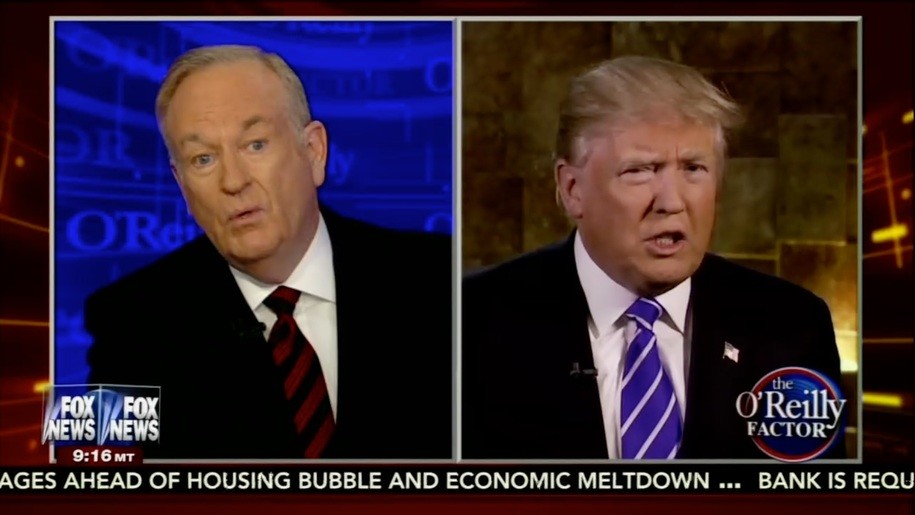 In June, Donald Trump and Bill O’Reilly announced that they were teaming up for a “history tour” at arenas across the nation. The promise is that Trump and O’Reilly will take the stage so that the disgraced former Fox host can interview the disgraced former real estate scammer, with the later promising to provide a “never-before-heard inside view of his administration — which will be historical in and of itself.”

Surely the road show of Two Angry Bigots should be irresistible to a nationwide audience. And yet, as Politico reports, it seems that people are digging down deep and finding a will to resist. Ticket sales for this unmatched opportunity to see two old white guys whine to each other are running “slow.” This is in spite of the fact that Trump promised that watching these two compare notes on their various affairs and sexual harassment suits would be “fun, fun, fun for everyone who attends.”

While Trump’s PR team is insisting that it’s still early days and sales are bound to improve, an employee at one of the sites noted that Trump and O’Reilly are being “significantly” outsold by a stand-up comedian and a podcaster. That’s not to mention how far Trump is running behind a Bad Bunny concert—or how very, very bad the sales are when compared to a 2018 tour by Michelle Obama.

The four stops on the Trump-O’Reilly Fun Fest are in Sunrise, Florida; Orlando; Houston; and Dallas. So the pair do a minimum of travelling and remain on supposedly friendly territory. The whole thing is over in just a single week, because this is apparently the longest period anyone can stand to talk with Bill O’Reilly or Donald Trump, even if they are Bill O’Reilly or Donald Trump. (If you are signed up to be a roadie for this tour, please get in touch.)

There are also some peachy perks available, including an $8,500 “VIP Meet & Greet Package” that nets a 45 minute pre-show visit with the “stars” of the event, including selfies with both Tweedle-grope and Tweedle-grabber.

Bill O’Reilly called it “bullsh*t” that ticket sales for his arena show with former President Trump have been slow. But a Ticketmaster map of the venue shows otherwise (the unsold seats are in blue). https://t.co/ONe26JjVRv pic.twitter.com/Ihd1shLvzv

The white section on the left is not for sale. The blue area is unsold. Which seems to indicate that the actual number of tickets sold so far is about what might be expected for a sixth-grade violin concert for kids whose parents just aren’t that enthused. And you have to wonder if the people who bought the cluster of cheap seats at the far end of the stadium are really there for, let’s say, purposes other than being enthralled by Trump’s tales of what happened when he pressed that Coke button.

Also, just to rub in that comparison one more time, when Michelle Obama announced her “Becoming” book tour in 2018, tickets at the first venues “sold out within minutes” and the rest of the sites sold out within two days. Oh wait, here’s another data point: “Bill and Hillary Clinton’s joint Live Nation tour in 2018 and 2019 … saw events sell out within a week or two weeks.”

Honestly, they should give out free tickets to anyone who can name the “network” that hosts O’Reilly’s current program. That would fill at least a dozen seats.