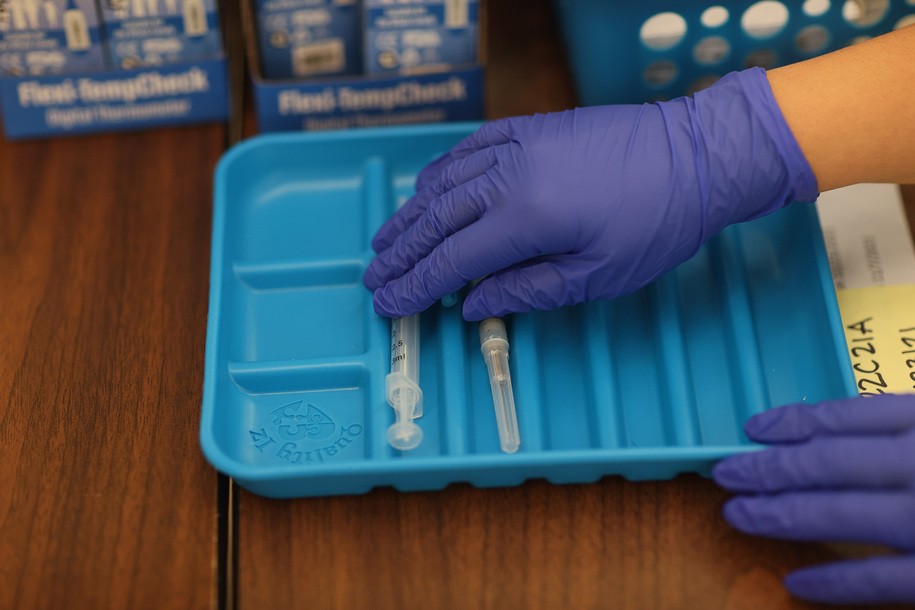 We begin today’s roundup with Catherine Rampell at The Washington Post who writes about vaccine hesitancy and disinformation:

On the one hand, yes, social media companies absolutely still can and must do more to scrub misinformation from their platforms. Case in point: A recent report on the “Disinformation Dozen” estimated that 12 accounts are responsible for 65 percent of anti-vaccine content on Facebook and Twitter. Their claims include that vaccines have killed more people than covid and are a conspiracy to “wipe out” Black people. All 12 remain active on at least Facebook or Twitter.

But on the other hand: Actually doing more to stamp out this misinformation is challenging. Not because these firms lack the workers or technology to identify problematic content; the real obstacle is political. […]

The fact that a lot of this same disinformation is being disseminated on prime-time cable also makes it politically harder for tech companies to justify taking it down.

It’s not merely a few no-name Facebook accounts promoting anti-vaccine nonsense; it’s also the most influential media personalities on TV. Fox News host Tucker Carlson, for instance, recently gave an entire monologue linking the government’s coronavirus vaccination effort to historical forced sterilizationcampaigns. His show then posted the clip on Facebook, which flagged it with a generic note about how coronavirus vaccines have been tested for safety.

The rate of covid deaths among vaccinated people barely compares to the exponentially higher rate among unvaccinated people. “These are really pretty fantastic vaccines,” says an epidemiologist quoted by the Boston Globe; the New York City health commissioner calls them “astonishingly effective.”

We’re talking history-making, world-saving efficacy. A new Yale study estimates that, by the end of June, coronavirus vaccines had prevented approximately 279,000 deaths in the United States alone. Rochelle Walensky, director of the Centers for Disease Control and Prevention, said that in states with low vaccination rates more than 99 percent of covid-19 deaths over the past six months were among unvaccinated people. […]

I propose a running tally in bold type: covid deaths among unvaccinated vs. vaccinated citizens. Two numbers, side by side. Every newspaper’s front page, every state and federal website, the crawl at the bottom of every cable television news broadcast.

Peter Wade at Rolling Stone looks at hypocrisy at FOX:

Hypocrisy, spreading lies, and fear-mongering are all well-known staples over at Fox. But Monday’s news about how Fox Corporation has already implemented a vaccine passport-type program for its own employees that is similar to what hosts like Tucker Carlson and Laura Ingraham have loudly railed against is a window into how little they actually care about the well-being of the people who watch their shows.

Businesses that require employees to provide proof of vaccination, commonly referred to as a “vaccine passport,” have been slammed frequently on the network. Tucker Carlson has called the idea of issuing vaccination passports the medical equivalent of “Jim Crow” segregationist laws. Another host compared the requirements to communist East Germany, and Laura Ingraham has falsely claimed that such programs are akin to tracking mechanisms.

Many people, myself included, have declared for years that the G.O.P. is no longer a normal political party. It doesn’t look anything like, say, Dwight Eisenhower’s Republican Party or Germany’s Christian Democrats. But it bears a growing resemblance to the ruling parties of autocratic regimes.

The only unusual thing about the G.O.P.’s wholesale adoption of the Leader Principle is that the party doesn’t have a monopoly on power; in fact, it controls neither Congress nor the White House. Politicians suspected of insufficient loyalty to Donald Trump and Trumpism in general aren’t sent to the gulag. At most, they stand to lose intraparty offices and, possibly, future primaries. Yet such is the timidity of Republican politicians that these mild threats are apparently enough to make many of them behave like Caligula’s courtiers.

On a final note, over at The Nation, John Nichols writes about the Jeff Bezos space launch and taxes:

As the richest man in the world prepares to rocket into space, more than 160,000 Americans have signed a petition that demands, “Do not allow Jeff Bezos to return to Earth.”

I have a hard time getting excited one way or the other about the otherworldly adventures of the billionaire class.

I’d just like Mr. Bezos to pay his taxes on the planet where he currently resides.

A ProPublica report published last month revealed, “In 2007, Jeff Bezos, then a multibillionaire and now the world’s richest man, did not pay a penny in federal income taxes.”