Mask requirements can’t exempt the vaccinated, because the unvaccinated will simply cheat 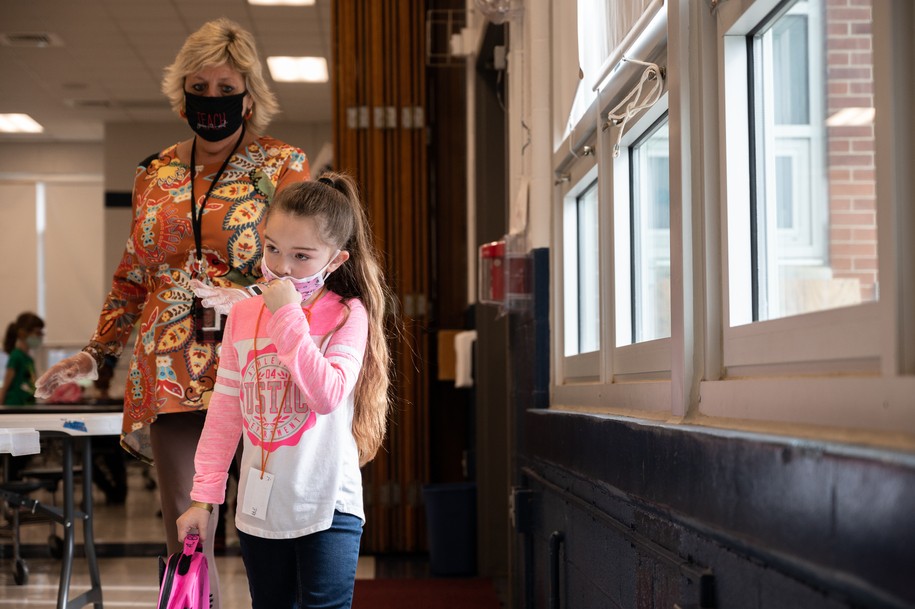 On July 9, the Centers for Disease Control and Prevention (CDC) issued recommendations that surprised many Americans. In looking ahead to the upcoming school year, the agency recommended that “masks should be worn indoors by all individuals (age 2 and older) who are not fully vaccinated,” but did not call for mask use by staff or older students who were fully vaccinated.

That announcement was concerning in large part because several Republican-dominated states have already passed legislation or issued executive orders banning schools from requiring vaccination, or making any sort of “vaccine passport” illegal. As a result, saying that the unvaccinated don’t need to wear a mask is essentially placing people on an honor system. That system doesn’t work when the same people who refuse to get vaccinated are also the people who refuse to wear a mask. If anyone is allowed to not wear a mask, the unvaccinated will not wear a mask.

Which is why the American Academy of Pediatrics (AAP) issued its own revised guidelines on Wednesday. Those guidelines call for everyone over two years old—students, teachers, and staff—to wear masks in the school environment whether or not they have been vaccinated. In doing so, the AAP notes that rates of in-school transmission have been generally low, a fact often cited by Republicans when claiming that there should be no concern about schools. However, as the statement makes clear, those numbers have been low “when proper prevention measures are used.” That means masks and social distancing, along with vaccines for those who are old enough.

And schools are just one place where masks are making a necessary comeback.

As NPR reports, some schools won’t be able to meet these guidelines. Because Republicans have already sabotaged the system to place children at maximum risk. Texas Gov. Greg Abbott has already signed on to legislation that says schools can’t require anyone to wear a mask, including visiting adults. South Carolina has also prohibited school districts from mandating masks for either students or staff.

However, there are some states on the side of reason. Washington is already on track with the AAP guidelines, with regulations requiring schools to require both students and staff to be masked indoors.

States that are following the CDC guidance and requiring masks only for the unvaccinated have the issue of either tracking vaccination status, which some states have already forbidden, or simply letting it go. Which really means there are just two positions: masks or no masks. With children’s lives subject to the whims of those who would rather thump their chest about “freedom” than accept the advice of medical experts.

With the delta variant now making up a staggering 83% of new COVID-19 cases in the United States, even areas where vaccination rates are high are seeing increased cases of disease. The good news is that the rate of death is way down because many people—including 80% of those over age 65 nationwide—are fully vaccinated. The bad news is that there are still indications that even asymptomatic cases of COVID-19 can leave lingering disabilities, and the delta variant may be worse. So young people may not be dying from the disease in the short term, but they could be living with its effects for decades. With the U.S. now well above the rate of 1,000 cases an hour, it’s hard to contemplate what kind of cost could result if even a small percentage of those infected have lingering issues.

So … masks on. Los Angeles County has responded to rising cases there by reinstating a mask mandate. As the LA Times reports, masks are required indoors for everyone—vaccinated or unvaccinated—just like the AAP guidelines suggest. Unfortunately, officials in both New York City and Chicago are resisting the implementation of a universal mask mandate. Hopefully that resistance won’t last, because the Times research shows what everyone else has seen: The unvaccinated are the least likely to voluntarily don a mask.

Mask refusal rates among the unvaccinated were slightly less when we asked about the post office (43%) and work (37%) but still greater than among vaccinated respondents. Further, the survey showed that about 15% of all adults are both unvaccinated and unwilling to wear masks when asked to in public.

What this means is that while a voluntary mask mandate may be somewhat helpful, when it comes to blocking those most likely to spread COVID-19, it is guaranteed to fail. Only a universal mandate can possibly be effective.

In spite of everything, including the rapid spread of delta variant, the vaccines remain amazingly effective. As of July 12, the CDC reports just 5,490 “breakthrough” cases of COVID-19 in which fully vaccinated Americans developed a severe case of COVID-19. That’s 0.003% of those who have been vaccinated. Estimates of COVID-19 deaths over the last month suggest that 99% to 99.5% have occurred among the unvaccinated.

Those who are fully vaccinated should feel pretty good about their chances for avoiding the disease, and extremely good about their odds of avoiding a severe case requiring hospitalization. When they stroll through a world, they can smile broadly in the knowledge that their odds of serious illness are only marginally different than they were before COVID-19 first appeared.

But hide that smile behind a mask. Because those other guys can’t be trusted.