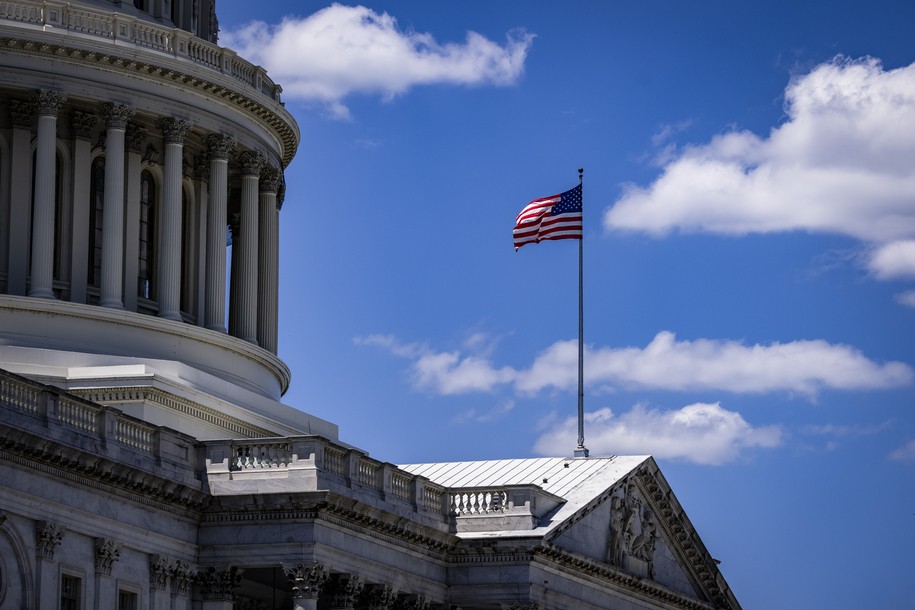 The U.S. House of Representatives by an overwhelming vote of 407-16 passed bipartisan legislation that authorizes thousands more special visas for Afghan allies, and speeds up the application process. The ALLIES Act, introduced by the Honoring Our Promises Working Group last month, increases the Special Immigrant Visa (SIV) cap by 8,000 visas, among a number of important provisions.

“When I was in Iraq, I served alongside Iraqi translators who put their lives—and the lives of their families—on the line to help us complete our mission,” U.S. military veteran and Arizona Rep. Ruben Gallego said following the vote. “Our Afghan allies stood by us, and now we must stand by them—it’s that simple.” The Hill reports all 16 votes against this bill aiding Afghan allies and their families came from Republicans.

Provisions in the ALLIES Act remove certain paperwork requirements “so that we can process visas safely and efficiently,” said Colorado Rep. Jason Crow, another U.S. military veteran. Highlighting the constant danger facing our allies for their service, it also strengthens protections for the surviving family members of applicants who die before approval. “Time is running out for us to do the right thing and I am grateful for the support of my colleagues to pass this bill,” Crow said following passage.

The Biden administration issued a statement earlier this month supportive of the legislation, saying the ALLIES Act “supports the President’s goal of ensuring the United States meets our commitments to those who served with us in Afghanistan,” and that it “will assist in our efforts to streamline the application process by removing or revising some statutory requirements the administration has found to be unnecessary and burdensome, while maintaining appropriate security vetting, and by increasing the total number of visas available to help meet the demand.”

The ALLIES Act will protect our civilian allies who served alongside our men and women in Afghanistan. Today, I spoke on the House floor in support of this important bill. We must keep our allies safe from retribution, keep the promises we made, and #TakeThemToo My remarks🔽 pic.twitter.com/7nJYjfENC8

The bill’s passage in the House comes as the administration said it is set to evacuate 2,500 Afghan allies and their family members to Fort Lee in Virginia, beginning the final week of July. This group will be first to be evacuated as part of Operation Allies Refuge because they “are closest to completing special immigrant processing,” a State Department spokesperson said. Other applicants “who are further along in the process but have not been approved through the security vetting process will go to US military bases overseas or to third countries,” CNN said, possibly to U.S. military bases in Qatar and Kuwait to await their visa processing.

But refugee and advocacy groups are urging the administration to evacuate these families to U.S. territories as well. “The administration must follow the Fort Lee precedent and bring the remaining allies directly to U.S. territory for their visa processing,” said Veterans for American Ideals Project Manager Chris Purdy. “These courageous individuals risked their lives for the U.S. mission,” said Lutheran Immigration and Refugee Service President Krish O’Mara Vignarajah. “They deserve evacuation to U.S. soil, where their safety, dignity, and human rights will be protected. We must keep our promise and offer them the same protections that our allies in Fort Lee will receive.”

Last week, LIRS – along with Rep. @sethmoulton, @WithHonorAction, @humanrights1st, @wartimeallies, and @IRAP – called on @POTUS to follow through on evacuating our Afghan allies. Watch the vid below then check out the full rally: https://t.co/kaoiilSC14 pic.twitter.com/DwvCx7AVoy

That the bill should also pass in the U.S. Senate shouldn’t even be a question. Enacting it is the right and moral thing to do. But then again, this is also the U.S. Senate. “America must show the world that we stick by our friends and keep our promises so that future allies know we intend to safeguard those that rise to our aid,” Gallego continued in his statement. “I urge the Senate to take up this legislation and get it to the President’s desk without further delay.” Pass this bill.