Eric Clapton says he won’t play venues that require COVID-19 vaccinations, because of course he did 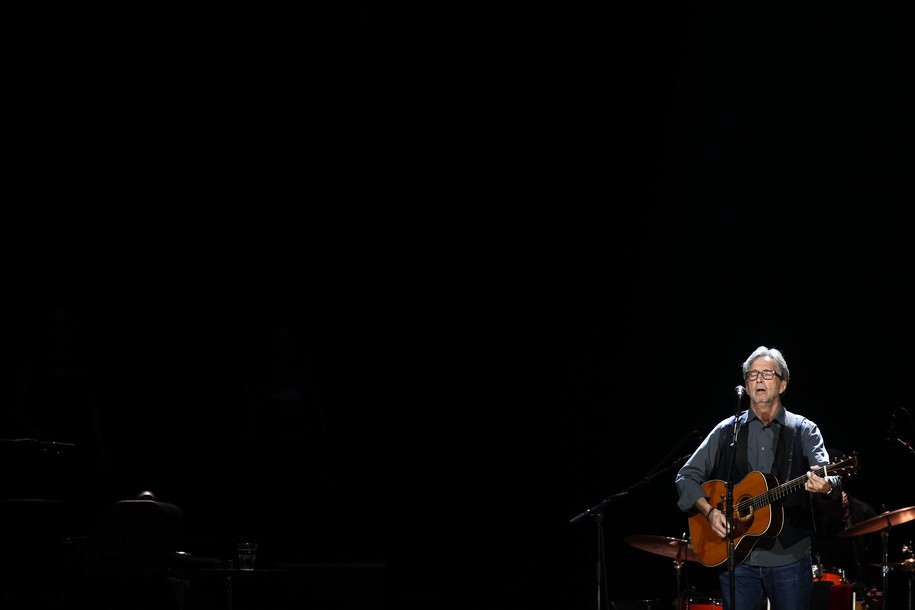 I’m old enough to have once thought Eric Clapton was cool. I was never a superfan, but I enjoy some of his stuff. At the very least, he was cool by association because he hung out—and occasionally worked—with The Beatles.

Regardless, he’s a music legend and three-time Rock & Roll Hall of Fame inductee. Unfortunately, he’s also a self-described spousal rapist and “semi-racist” (not a thing) who is, despite being vaccinated himself, now a member of the Anti-Vax Dumbass Hall of Fame, along with numerous other celebrities.

As the delta variant tears through red caps like a hot railroad spike through Louie Gohmert’s shrunken apple head, anti-vaxxers are getting on my nerves like never before. And while Clapton has often been worth a listen, it may be time to toss him on the scrap heap with the rest of the ninnies in the burgeoning anti-vaxx movement.

Famed musician Eric Clapton said on Wednesday that he will not perform in any venue that requires audience members to be vaccinated against COVID-19.

“Following the PM’s announcement on Monday the 19th of July 2021, I feel honor bound to make an announcement of my own: I wish to say that I will not perform on any stage where there is a discriminated audience present,” Clapton wrote.

He was referring to an announcement from British Prime Minister Boris Johnson, who stated that starting in September, people will have to provide proof of COVID-19 vaccinations in order to go to venues and nightclubs.

First of all, it’s highly offensive to imply that the unvaccinated are a persecuted minority. Sure, they’re a minority, in that they’re part of a special (and incredibly dangerous) category of dipshits. But they’re not persecuted so much as deluded. If I don’t want to be around you because you’re unvaxxed and walking around with a snoot full of death virus, I’m not persecuting you. If anything, you’re attacking me. It’s as if these folks all woke up one day last year and decided not only that drunk driving was cool, but that anyone who tries to convince a drunk to give up his keys is a pernicious fascist stomping on everyone else’s right to drive into a tree, lake, or pedestrian.

Clapton, of course, is not alone. I’ve also had to reassess my relationship with Van Morrison, whose weird anti-lockdown music has sullied what was once a great career.

10 months on and the @niexecutive still hasn’t presented the science for the Northern Ireland lockdown.

And by now you’re all familiar with Robert F. Kennedy Jr., a lifelong Democrat whom I once assumed was a good and reasonable dude. Now this prominent anti-vaxxer is suing Daily Kos in a petulant effort to dox a Community member.

Oh, and don’t get me started on Rob Schneider who—okay, I never gave a shit about Rob Schneider. Still, Douche Bigalow is on Team COVID-19, too—as are plenty of others.

What should we make of these revelations? Maybe the takeaway is simply that admiration for artists and other celebrities should extend only to their cultural contributions. Hey, it’s easy enough for me to give up Clapton’s music, but Morrison’s (nonlockdown) tunes are tougher to pare from my playlists.

Meanwhile, my own sister recently completed her Ph.D. in infectious disease from the University of Facebook and has stumbled down more bonkers rabbit holes than I can count. She’d say that’s because the COVID-19 vaccine keeps me from counting past 20, but it’s actually more to do with the nearly infinite wrong turns she’s taken. She also thinks those of us who got the vaccine will be dead by fall, but that’s another story.

We now have two Americas—blue vs. red, Biden vs. Trump, reality-based vs. not, vaxxed vs. unvaxxed, and largely protected vs. fixin’ to get really sick and/or die.

At this point, I’m not sure what to do with the “other” America, but I guess it starts with refusing to patronize anyone from the pro-death cabal that’s so bound and determined to cull the herd.

So buh-bye, Eric. Your guitar licks were legendary, but your opinions are fucking worthless.

Paul and Ringo, if you’re listening, one bit of advice: If you think that vaccines lead to autism, government mind control, or the kneecapping of our ability to spot embedded reptile people, keep it to yourself. I want to enjoy “Blackbird” until the day I die—of something other than COVID-19.