The climate crisis is here, steadily getting worse, and should be treated like an emergency 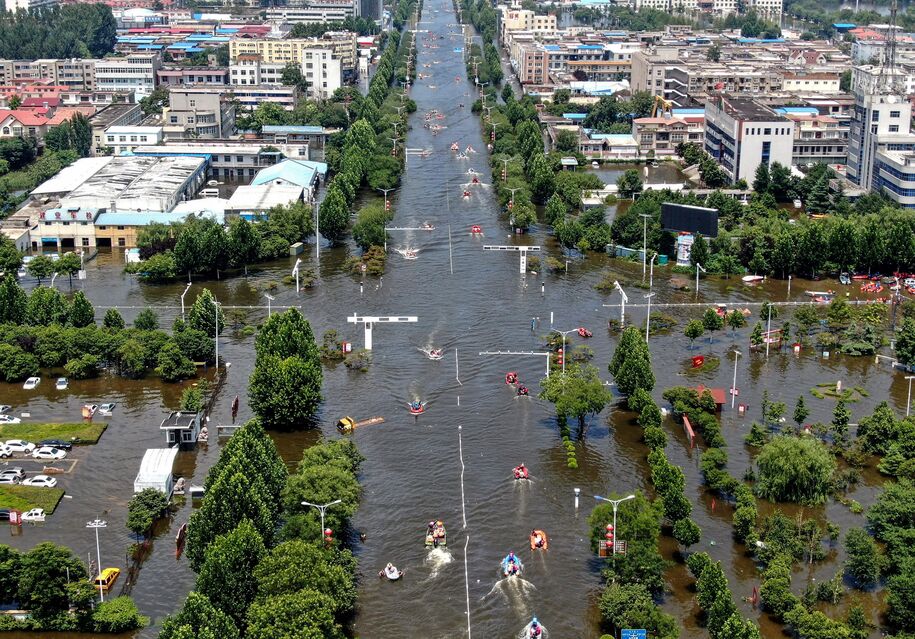 Unless you’re talking about the amount of rainfall (156” a year in County Kerry) or the politics along the northern edge, Ireland isn’t generally thought of a country of extremes. In terms of weather, the average temperature in January is around 46° F, while July runs 67° F. Damp, cool, and green the year round is a pretty good description. Only as The Times of London reports, Ireland this week went tropical. This week brought new record highs three days in a row, More than that, it brought Ireland it’s first every “tropical day,” one in which temperatures did not fall below 68° F at night.

And that is an appropriately cool, green, Irish intro into a week that seems to be anything but cool or green elsewhere.

In the Western U.S., the current conditions are more hot and red, with an amazing number of acres currently on fire. A recent estimate from the U.S. Forest Service showed that between 1970 and 2015, the length of the fire season grew by two and a half months. In 2018, the Forest Service changed the definition of a “fire year,” and increased year-round fire crews as “Fires in the winter months are becoming part of the norm.” In doing so, they noted issues such as prolonged drought , tree mortality from pine beetles, and invasive grasses as factors that caused fires to rage longer across larger areas. As a result, “all these conditions are making wildfires harder to control and allowing forests to hold fire longer.” Seasonal firefighters supplemented by either volunteers or prison workers is no longer enough to deal with fires that are bigger, hotter, more persistent and possible year-round.

When looking at the climate crisis, it’s easy to see that the ten hottest years have all come since 2009. That means that there’s a very good match between the ten hottest years, and just the last ten years. The direct effects of that change are almost as clear: the ten largest wildfire seasons have all come since 2005. All of those things the Forest Service talked about above, from the drought, to the bugs, to the need for more firefighters, is the result of the manmade climate crisis.

With everything else that’s going on—the pandemic, the investigation into Jan. 6, the Republican Party racing to embrace fascism—it can be easy for those not in the path of a fire on this particular day to realize that we’re not just tumbling toward a climate crisis, we’re in the midst of disruption and destabilization that will not end for a century or more.

What does it look like to live in a world where the climate falling away from a stable point that has existed for millennia? Something like this:

A massive sandstorm engulfs a city in northwest China on Sunday, turning the sky yellow and severely reducing visibility within minutes. pic.twitter.com/fd7uY7RCIV

That sandstorm in northwest China came one day after the flood in northeast China that’s featured in the main image above. But China isn’t the only place with sandstorms:

This was the chilling scene on I-15 south of Fillmore after a sandstorm caused a 20-car pileup that killed at least six people and critically injured several others. [Video: Kym Woodward] pic.twitter.com/C8goHtF4fw

And it’s not the only place being drowned under torrential rains.

And even the severe flooding in Germany and the Netherlands:

So many extreme #floods recently in #Germany, #Belgium, #Netherlands, #China and now #India. Signs of #climatechange are everywhere. pic.twitter.com/P3BZkeLD98

And at the opposite extreme …

Fire officials say 161 homes and 247 outbuildings have been destroyed by the massive Bootleg Fire burning in Southern Oregon.https://t.co/M7LC52qqBL

More than 5,100 firefighters are responding to Northern California’s Dixie Fire, in an attempt to combat flames that have charred more than 208,000 acres. pic.twitter.com/0va46Oc4Cq

Video of our Indian Ridge camera getting burnt over during the #DixieFire The video is from 7/24/21 1400-1500pst pic.twitter.com/ZR6wIglgCD

“The hard lesson we’re learning about climate change is that it’s not a gradual, slow descent to a new state of affairs.” Lake Powell on the Colorado River hits a record low weeks after downstream reservoir Lake Mead does the same: https://t.co/9BytVjOWno pic.twitter.com/WOtfMBhXa6

This is a hot world, and it’s getting hotter. Huge areas of that world are getting drier. Huge areas are getting wetter. The climate crisis isn’t something that is lingering out there waiting for “by the end of this century” to swing past. It’s happening now. It’s disrupting lives, crushing industries, displacing communities, and forcing societies to the edge.

For anyone who was waiting for the crisis to become so big that it was undeniable, we passed that milestone long ago. This is an emergency, and it deserves to be treated like one. The idea that any piece of legislation is “too green” no longer makes any sense.