DOJ refuses to step in on lawsuit against Rep. Mo Brooks who encouraged violence in Jan. 6 speech 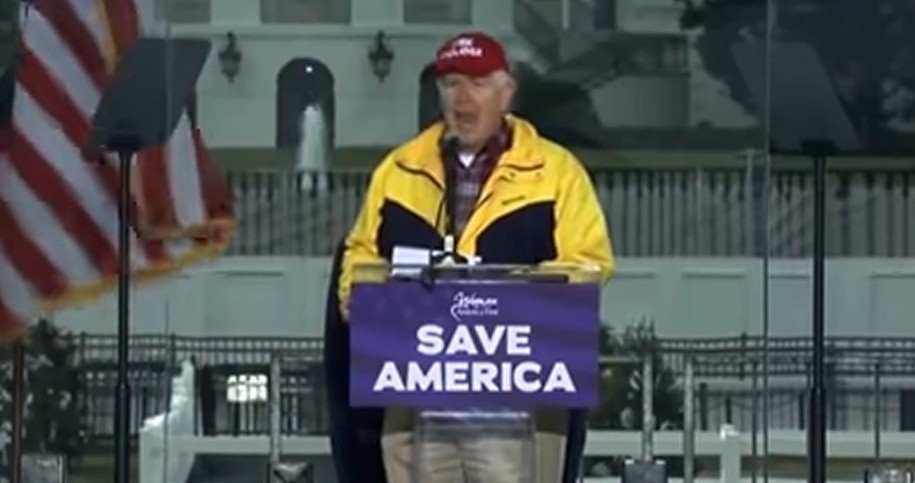 Anyone who claims to have a great read on Merrick Garland as attorney general has a future in examining tea leaves. Since Garland’s installation at the Department of Justice (DOJ), the department has taken some genuinely puzzling and frustrating positions—such as continuing to defend Trump in a defamation lawsuit lodged by E. Jean Carroll after she accused him of rape. And then there’s the continued refusal to release the original Mueller report along with the documents that William Barr supposedly used to justify his decisions not to pursue charges against Trump. Garland’s refusal to hand over information on Trump’s attempts to subvert the election in particular caused Congressional Democrats to fume, as has his refusal to provide information about the mixed bag of federal officers that Barr deployed both in Portland and Washington, D.C.

However, Garland has also reversed previous policies that prohibited judges from showing flexibility in immigration hearings as well as extended asylum policies for victims of domestic violence. There’s also the ongoing investigation into Rudy Giuliani, and perhaps most importantly, the lawsuit that the DOJ has launched over attempts to limit voting rights in Georgia. Somewhere in Garland’s mind, all these decisions surely make sense, and come together as some kind of picture of how a neutral DOJ should behave, as opposed to the highly politicized action under Barr.

And then on Tuesday, the Justice Department made a decision that’s sure to cause Republicans their own round of sputtering. That’s because the DOJ has refused to help Republican Rep. Mo Brooks out of the hole he dug at the “Stop the Steal” rally on the morning of Jan. 6. Brooks had argued that his appearance at the rally was somehow part of his role as a member of Congress. The DOJ did not agree. As NBC News reports, the DOJ informed the court that, in their opinion, Brooks had not been acting in his official capacity when he stepped up to tell Trump supporters, “Today is the day American patriots start taking down names and kicking ass.”

Brooks’ speech on the morning of the insurgency was clearly one of the most inflammatory of all the presentations. Parts of it were simply strange, as Brooks spent some time complaining that “Democrats mockingly closed their hedonistic prayers with amen and awoman. What is that?” Which seemed to only leave the crowd puzzled, no matter how much it clearly bothered Brooks.

Eventually, after a lot of talk about how socialists were going to “tear the heart” out of America, Brooks got to the core of his speech. “Today Republican Congressmen and Senators will either vote to turn America into a godless, amoral, dictatorial, oppressed, and socialist nation on the decline,” screamed Brooks, “or they will join us.” Brooks followed this up by saying, “Regardless of the day’s outcomes, the 2022 and 2024 elections are right around the corner”—which might seem to be a mark against the idea that Brooks was encouraging violence on that day, but is equally a signal that his claims that he wasn’t engaged in campaigning, which is … ridiculous. However, Brooks immediately followed this with: “Today is the day American patriots start taking down names and kicking ass.”

Though that line is the one that usually gets quoted when describing Brooks’ speech, it’s far from the only signal he made that those attending the rally needed to get out and engage in immediate violence. Directly after the “kicking ass” line, Brooks followed up with: “Our ancestors sacrificed their blood, their sweat, their tears, and sometimes their lives to give us, their descendants, an America that is the greatest nation in world history. So I have a question for you. Are you willing to do the say?” Brooks then led the crowd through a series of shouts, demanding, “Are you willing to do what it takes to fight for America? Louder! Will you fight for America?” Following this, Brooks referenced Thomas Paine’s writings about “the summer soldier and the sunshine patriot” before finishing up by saying that “socialists and weak-kneed Republicans” should know that “we’re not going to take it anymore. We, American patriots, are going to come right at them!”

That Brooks is the subject of a lawsuit launched by Rep. Eric Swalwell following the Jan. 6 assault on the Capitol should be no surprise. While the First Amendment gives wide protection to all forms of speech, and even wider protection to political speech, Brooks might as well have been filling in a form to describe the type of speech that’s not protected. He called for violence when? Today. Where? At the Capitol. Against who? Democrats and Republicans who refused to vote to overturn the election. To punctuate this, Brooks took off his camo hunting cap and replaced it with a red “Fire Pelosi” cap mid-speech.

It’s honestly hard to think of what Brooks could have said that would have done a better job of whipping up the crowd and sending them off to take violent action.

Brooks sought to avoid that lawsuit by invoking the Westfall Act, which protects officials engaged in government business. And that’s where the DOJ gave him a swift metaphorical boot to the face.

“It is no part of the business of the United States to pick sides among candidates in federal elections,” said the department’s letter to the the court. “The conduct at issue here thus is not the kind a member of Congress holds office to perform” and Brooks’ actions “would plainly fall outside the scope of employment for an officer or employee of the United States.”

That conclusion is deeply satisfying, and there were few speeches delivered on the morning of Jan. 6 more deserving of examination than Brooks’. If nothing else, the speech he delivered—charging people who were walking distance from the Capitol to “fight,” “kick ass,” and “come right at” the members of Congress engaged in compiling the electoral vote—deserves to be held up in court to establish a better definition of acceptable speech. Did his words represent a clear and present danger? Certainly. Was the target specific and the time period immediate? It would seem to also pass that test.

The Washington Post points to this decision as part of Garland’s effort to “restore trust in a department badly broken under his predecessors Jeff Sessions and William P. Barr …” They credit Garland with an “understated, judicial approach,” but also say that the new attorney general is “making the hard calls necessary to hold the worst abusers of our legal system to account.”

That’s high praise, and even if Republicans fret about the Brooks decision, it’s hard to find fault with the DOJ’s actions in this case. However, when Trump wanted the DOJ to step in against E. Jean Carroll, he also pointed at the Westfall Act. And in that case, the DOJ bit by claiming that “answering reporters’ questions” is part of the job. However, lying and defaming someone certainly isn’t part of any job, and preventing Carroll from even getting a day in court seems to be toeing a very tenuous line.

The Post excuses this act by noting that the department was only following through on a case that began under Barr. However, Barr’s claim that Trump was protected was explicitly rejected by a court and came bouncing home to the DOJ. Simply failing to defend Barr’s already rejected claim would not have required the department to take any stance on the wider issues. Garland chose to … Garland. And what that means is still anyone’s guess.