Georgia congressman refuses to back off claim that Jan. 6 was a ‘normal tourist visit’ 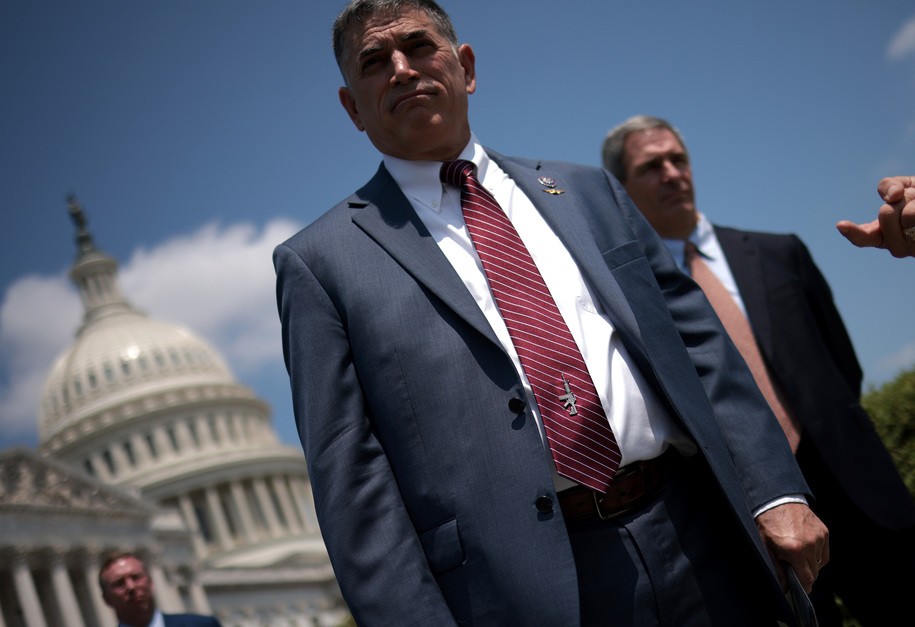 Despite endless evidence depicting the reality of the Jan 6. Capitol insurrection, some Republican officials continue to play dumb and ignore the violence that occurred. In the most recent incident of Republicans failing to accept reality, Georgia Rep. Andrew Clyde not only described rioters storming through the Capitol on Jan. 6 as a “normal tourist visit,” but defended his description when questioned about it during a House Rules Committee meeting on Tuesday.

Clyde defended his comments after Maryland Rep. Jamie Raskin, a member of the select panel, called him out after four police officers appeared before the select committee to offer their testimony of the chaos, violence, and destruction that occurred on Jan 6. “Do you stand by your statement that they were tourists?” Raskin asked Clyde.

Clyde then refused to answer the question, claiming that Raskin had read an “interpretation” of his statement and not the statement itself. However, Raskin didn’t come without the receipts. He read Clyde’s statement in full.

“Watching the TV footage of those who entered the Capitol and walked through Statuary Hall showed people in an orderly fashion staying between the stanchions and ropes, taking videos and pictures. You know, if you didn’t know the TV footage was a video from January the 6th, you would actually think it was a normal tourist visit,” Clyde’s statement said.

“Those are your words,” Raskin continued. After being called out for his words, Clyde— who could have easily apologized for his ignorance and belittling of the violent experience many face— defended his statement.

“And I stand by that exact statement, as I said it,” Clyde said.

But Clyde’s statements comparing rioters to tourists isn’t the only problematic thing the congressman defended. Clyde also defended his vote against honoring the Capitol Police and D.C. Police officers who risked their lives defending the Capitol by awarding them medals.

Explosive back-and-forth in the Rules Committee as Jan. 6 select committee member Jamie Raskin uses his time to grill GOP Rep. Andrew Clyde on his comments downplaying Jan. 6. “I stand by that exact statement as I said it,” Clyde says of his “normal tourist visit” remark. pic.twitter.com/Fn9JqYVWAI

The heated exchange follows the officers’ testimonies heard earlier in the day by the select committee. During the hearing, several lawmakers asked the officers to make comparisons between the rioters and normal tourists visiting the Capitol.

As he recalled his experience defending the Capitol, one officer, Metropolitan Police Department Officer Daniel Hodges, repeatedly referred to the rioters as “terrorists.” When asked why he used this specific term, Hodges read directly from the U.S. code for domestic terrorism to justify why he called the Capitol rioters “terrorists.”

Officer Hodges reads U.S. Code definition of domestic terrorism to explain why he calls Capitol rioters “terrorists” His response to Republicans comparing them to tourists: “If that’s what American tourists are like, I can see why foreign countries don’t like American tourists” pic.twitter.com/uBkQTK7c3k

Before calling out Clyde for comparing the rioters to tourists, Raskin asked Clyde if he had watched that morning’s hearing.

Clyde at first attempted to dodge the question, saying that “It’s absolutely irrelevant to this amendment right here.” But Raskin continued to push him, arguing that Clyde “refuses to say whether or not he heard the Capitol officers who risked their lives and have experienced traumatic medical injuries.”

After quoting Clyde’s statement and having him confirm that he still stood by what he said, Raskin addressed the dangers of calling a “medieval mob” a group of “tourists.”

“I spent several hours today, with millions of Americans, watching sworn police officers testify about their battle to defend our lives, the members of the House and the senators. And they took issue, not with, let’s put your statement aside, because you think that you’ve been misinterpreted by people, but they’re taking issue with an internet meme that the people here were just tourists, it was a normal day, and they were saying they weren’t tourists. They were terrorists,” Raskin said. Raskin added that “lots of people online believed your statement that it was a normal tourist visit.”

But despite the fact that Raskin read his statement aloud word for word and Clyde accepted it as the truth, Clyde was unable to handle the consequences of his words and grew angry, claiming Raskin was misquoting him. He alleged he never called those who breached the Capitol “tourists.”

“That is not my statement!” Clyde said. “I’m not responsible for an internet meme, okay?” Clyde continued. He then claimed that Raskin was attempting to make the meeting “another January 6th hearing.”

While Clyde didn’t confirm whether or not he saw the hearing, it’s no surprise many Republican lawmakers didn’t tune in. It’s been months since the violent Capitol insurrection, yet many GOP officials fail to acknowledge the role they played in the event (and continue to play) by downplaying its reality. They need to be held accountable, just like those who stormed the Capitol itself.