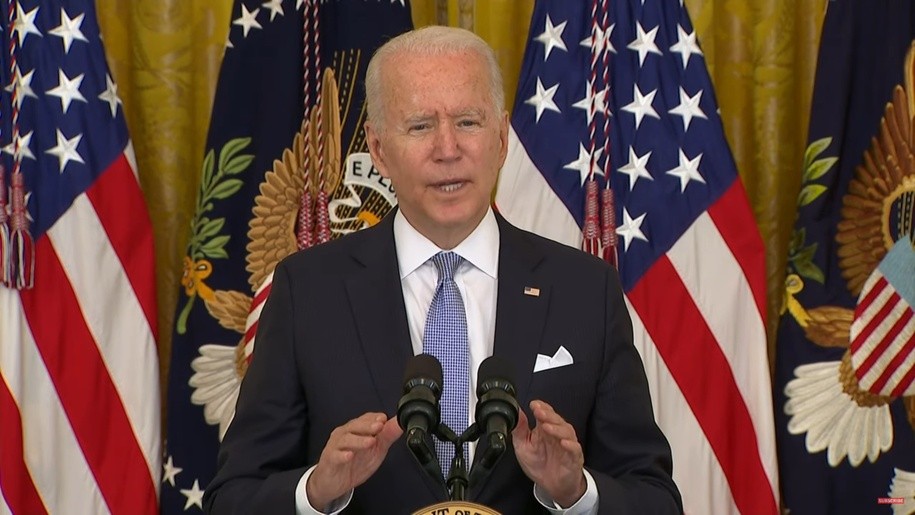 Comments and opinions about trying to persuade the unvaxxed are often “don’t do it that way, do it this way,” but that ignores the fact that it’s a heterogeneous group of people. So, include compassion, patience and, for some, a mandate to get their ass in gear.

This poll in @axios this AM is yet another reason to look at data and not what people say online or on Fox News. Vax mandates are popular. Even 45% of Republicans support them! No need to run scared from this. pic.twitter.com/rXOqefuv9V

“Leave the rest to me” and to congressional allies, the former president is said to have told top law enforcement officials.

The Justice Department provided Mr. Donoghue’s notes to the House Oversight and Reform Committee, which is investigating the Trump administration’s efforts to unlawfully reverse the election results.

Typically, the department has fought to keep secret any accounts of private discussions between a president and his cabinet to avoid setting a precedent that would prevent officials in future administrations from candidly advising presidents out of concern that their conversations would later be made public.

But handing over the notes to Congress is part of a pattern of allowing scrutiny of Mr. Trump’s efforts to overturn the election.

Trump pushed every button to illegally seize a second term. Shame on all those who conspired with Trump or enabled him! Extra shame on those Rs in Congress who still defend him despite a mountain of damning evidence. https://t.co/e7nwEp8jp9

What we knew in May is all of a sudden new news. Yes, Delta is highly infectious. BTW we have great ways to defend vs Delta. 💉💉 and 😷😷 pic.twitter.com/522i2nfpFt

Vaccinated People May Spread the Virus, Though Rarely, C.D.C. Reports

The agency cited an outbreak in Provincetown, Mass., in which most of the infected were immunized. Unpublished internal documents paint an even more harrowing picture.

Most immediately, the research informed the agency’s decision this week to advise even vaccinated Americans to resume wearing masks in indoor public areas in communities where the virus is surging.

Even the vaccinated carry high virus levels if they become infected, the agency concluded, making it likely they can transmit the virus as often as the unvaccinated. If so, they may be contributing to increases in new infections — although probably to a far lesser degree than the unvaccinated.

It’s still an issue mostly in the unvaccinated.

In the last week, Merrick Garland’s DOJ has indicted Trump’s inaugural chair, told Trump DOJ appointees they couldn’t hide behind privileges to avoid testifying about Jan. 6, and refused to block this lawsuit against Brooks. https://t.co/5yqtjymxBu

Trump tax returns must be released by IRS to Congress, Justice Department says

Good week for Rule of Law.

Still can’t get over that Texas passed a law authorizing people to turn their neighbors in to authorities over an abortion but government won’t require vaccines, masks, or distancing.

What’s in it for McConnell? Why the ‘grim reaper’ is backing a Biden priority

Analysis: The Senate minority leader, known for blocking Democratic bills, voted to advance a major infrastructure deal. Here’s what top allies believe is driving his decision.
McConnell’s incentives are more complicated than the “Dr. No” image he has cultivated over a decade and a half as the Senate Republican leader, according to senators and aides familiar with his thinking, as well as Democratic antagonists. By acquiescing to a deal, he can reward Republican allies, head off Democratic efforts to end the filibuster and even score some popular goodies for his state.

Here’s what they believe is driving his approach.

Donald Trump Would Have Made a Great House Republican

Will the performative confrontation of the former President and his congressional allies overwhelm Joe Biden’s Senate style?

It’s a fair question to ask whether any of this will actually matter. For the past four years, Republicans in both the Senate and the House have been remarkably willing to enable Trump, thus keeping the rest of us trapped in an endless doom loop of his destructive lies and conspiracy theories. One bipartisan bill stuffed with popular spending on bridges, trains, and tunnels is not going to change that. Trump remains such a power in his party that he has persuaded millions of Americans not only to believe that Biden did not legitimately win the election but even to refuse to wear a mask and get vaccinated during a deadly pandemic.

Still, it has long struck me that the Trump Presidency was very much a House-style Presidency, just as Biden’s politics have undoubtedly been shaped by his thirty-six years in the Senate.

Republicans loved watching Herschel Walker score touchdown after touchdown. They’re doubtful he can carry them to the majority. W/ @burgessev https://t.co/XrdZWFhNIm via @politico

Face masks: what the data say

The science supports that face coverings are saving lives during the coronavirus pandemic, and yet the debate trundles on. How much evidence is enough?

To be clear, the science supports using masks, with recent studies suggesting that they could save lives in different ways: research shows that they cut down the chances of both transmitting and catching the coronavirus, and some studies hint that masks might reduce the severity of infection if people do contract the disease.

But being more definitive about how well they work or when to use them gets complicated. There are many types of mask, worn in a variety of environments. There are questions about people’s willingness to wear them, or wear them properly. Even the question of what kinds of study would provide definitive proof that they work is hard to answer.

“How good does the evidence need to be?” asks Fischhoff. “It’s a vital question.”

Every bit helps. Kudos to Walmart and other employers for prioritizing the health and well-being of their employees and customers. https://t.co/qKGniERIai

How Hmong farmers are building collective power in Minnesota

Systemic inequality is leaving trillions on the table