Abbreviated Pundit Roundup: Andrew Cuomo should resign or be impeached 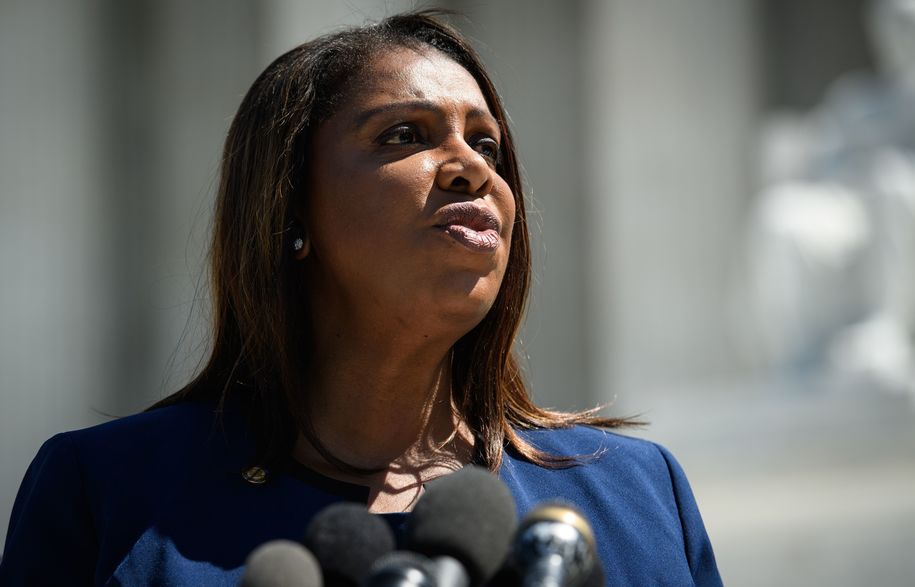 NY Democratic Reps. Suozzi, Jeffries, and Meeks: “The time has come for Governor Andrew Cuomo to do the right thing for the people of New York State and resign.”

So Cuomo, instead of apologizing or resigning, is holding himself up as a champion of women who have been victims of sexual harassment and assault. Unreal.

If you can shrug it off as just another incident of Trump talking too much, then you have already signed up for the next incident—and the one after that.

Meanwhile, many in the conservative world are celebrating the January 6 attackers as victims of political persecution, if not as outright heroes. The woman killed at the head of the charge to find and abduct Pence has been elevated as a martyr.

That’s why a great deal of effort is being invested in never “putting it like that”—in finding some formula of euphemism and excuse that normalizes Trump’s attempt to keep power despite electoral defeat.

The demands of PA state senator Doug Mastriano — an election denialist, Trump ally and likely candidate for governor — to conduct an Arizona-style “audit” have been rejected by all 3 counties he approached. https://t.co/BvGsuCcXpu

The Big Money Behind the Big Lie

Donald Trump’s attacks on democracy are being promoted by rich and powerful conservative groups that are determined to win at all costs.

Many experts on democratic governance, however, believe that efforts to upend long-settled election practices are what truly threaten to rip the country apart. Chad Campbell, a Democrat who was the minority leader in the Arizona House of Representatives until 2014, when he left to become a consultant in Phoenix, has been shocked by the state’s anti-democratic turn. For several years, he sat next to Karen Fann when she was a member of the House, and in his view she’s gone from being a traditional Republican lawmaker to being a member of “Trump’s cult of personality.” He said, “I don’t know if she believes it or not, or which would be worse.” Arizona, he added, is in the midst of a “nonviolent overthrow in some ways—it’s subtle, and not in people’s face because it’s not happening with weapons. But it’s still a complete overthrow of democracy. They’re trying to disenfranchise everyone who is not older white guys.”

36% 47% 200-to-1. Here are the three numbers to make sense of the CA recall, which is coming up just six weeks from now https://t.co/BpathJULuM pic.twitter.com/FquvR0YlIk

But while the money angle is noteworthy, what also deserves attention is the core insight motivating these efforts. It’s that the question of whether voter fraud can or cannot be proved is irrelevant.

Instead, those making such accusations need to create just enough confusion to enable well-placed Republicans to say the actual outcome of a given election is fundamentally unknowable. The coin of the realm is not concocted proof; it’s manufactured uncertainty. This is what will lay the groundwork for attempting to overturn a future election.

This idea is threaded throughout [Jane] Mayer’s piece. For instance, the chairwoman of Arizona’s Republican Party has hailed the sham “audit” of votes there as a “domino” that, once fallen, will potentially inspire more audits in other states.

Democratic lawmakers will spend August touting how President Joe Biden’s agenda delivered direct financial assistance for some Americans, according to a new memo issued Tuesday, as they prepare to face voters during the scheduled congressional recess.

The memo, obtained by McClatchy and co-signed by the party’s three top national political organizations, amounts to an early indication of how Democrats plan to defend their slim congressional majorities ahead of next year’s midterm elections, emphasizing economic issues and highlighting GOP opposition to their policies.

ICYMI: Strong editorial by @lsureveille today: “The university has not only abandoned its responsibility to its students and faculty, but also to Baton Rouge and Louisiana as a whole. . . . The university lied, and we’re paying the price.” https://t.co/l6AOPjg2Ky

In a special election for an open House seat in Ohio, the president scores a victory against his party’s Sanders wing.

Progress on the infrastructure bill advanced Biden’s political interests not only by showing he could, at least in this instance, secure cooperation from Republicans, but also by demonstrating that, at least so far, this bipartisanship isn’t costing him support from the party’s left flank. Meanwhile, in an August 3 House primary that divides the Democrats’ Sanders and Biden wings, Biden appears to be gaining the advantage.

Former Bernie Sanders campaign surrogate Nina Turner was initially considered the favorite in Ohio’s 11th congressional district, a majority black seat encompassing much of the city of Cleveland that became vacant in March when Congresswoman Marcia Fudge resigned to become Biden’s secretary of housing and urban development. Turner is a former Ohio state senator and Cleveland city councilperson. She locked up sufficient early support both locally and nationally that victory seemed assured. In April, she made a television ad buy in April to cement her hold.

But Turner’s campaign fell flat. The limited polling that’s publicly available shows the race is a tossup between Turner and Cuyahoga County Councilperson Shontel Brown. Brown’s pitch is focused on one issue; Nina Turner is not showing enough support for Joe Biden.

Turner lost because she had a record of attacking a lot of popular folks within the Democratic Party. Most Dems like the Dem Party. A big difference between Dem and GOP primary voters is their view of their own party. (See Trump, Donald in 2016.)

The DOJ officials rejected the request from another department official.

The emails, dated Dec. 28, 2020, show the former acting head of DOJ’s civil division, Jeffrey Clark, circulating a draft letter — which he wanted then-acting attorney general Jeffrey Rosen and acting deputy attorney general Richard Donoghue to sign off on — urging Georgia’s governor and other top officials to convene the state legislature into a special session so lawmakers could investigate claims of voter fraud.

“The story of three Republican governors in particular is the story of Republican politics — and how deeply perverse the political incentives are in their party,” says @chrislhayes of DeSantis of Florida, Noem of South Dakota, and Scott of Vermont. https://t.co/YgwJisWr6L

Our Lady of the Lake, more hospitals to mandate COVID-19 vaccine for all staff by December

Franciscan Missionaries of Our Lady Health System, the parent organization of Baton Rouge’s Our Lady of the Lake hospitals, announced Tuesday that it will require all staff, contract employees and volunteers to be vaccinated against COVID-19.

The implementation of the mandate will occur over several months, concluding in December, system President and CEO Richard Vath said in a statement.

While federal government officials shy away from mandates, the locals will press ahead.

“What if the financial cost of not getting vaccinated were just too high? If patients thought about the price they might need to pay for their own care, maybe they will reconsider remaining unprotected.” https://t.co/V9aBwQ2MeC

Over and over, the same refrain from people sick with covid: I wish I’d gotten the vaccine

Shelly Wachter was wary of getting vaccinated against the coronavirus because of what she described as the “white noise” surrounding its safety. After she had knee replacement surgery in Omaha a few weeks ago, though, she contracted covid-19, the disease caused by the virus. She was hospitalized and treated with supplemental oxygen, an ordeal she described as “pretty terrifying” to the Lincoln Journal Star.

“Now, knowing what I do, I would get the shot,” Wachter said. Doing so, she said, “could have saved myself and my family so much by having gotten the vaccination.”

This is the most heartbreaking thread. What the collective selfishness of much of the country (especially among supposed leaders) has done to health care workers is unconscionable. We don’t deserve nurses like Kathryn. https://t.co/pIns2KaRID

The unvaccinated don’t have the right to give us COVID. Crack down on them, not us.

Put the onus on those who are unvaccinated by choice. Require them to disclose their status, mask, distance, quarantine and pay more for insurance.

Until now, society has pussy-footed around the right of the unvaccinated to inflict harm. We have implored them to do the right thing, creating incentives like free beer and lottery tickets for them to do so. The Biden administration mandated late last week that federal workers be vaccinated or regularly tested, a wave of businesses announced vaccine requirements, and some Republican officials are imploring the unvaccinated to get it done.

But instead of focusing on how to contain spread from unvaccinated people, the CDC put the onus on the rest of us – advising the vaccinated and especially children to again mask up indoors. Why should kids and the vaccinated bear this burden? The right thing to do is to impose restrictions on those who choose to go unvaccinated.

Here’s the very candid story of a rural Oklahoma nurse who says she just decided to get vaccinated after months of hesitancy. She talks about what held her back at first — and what changed her mind (Transcribed from today’s Healthier Oklahoma call) pic.twitter.com/0d6zxd5v63