Trump’s raised more than $100 million. He hasn’t spent a dime on GOP candidates or 2020 fraudits 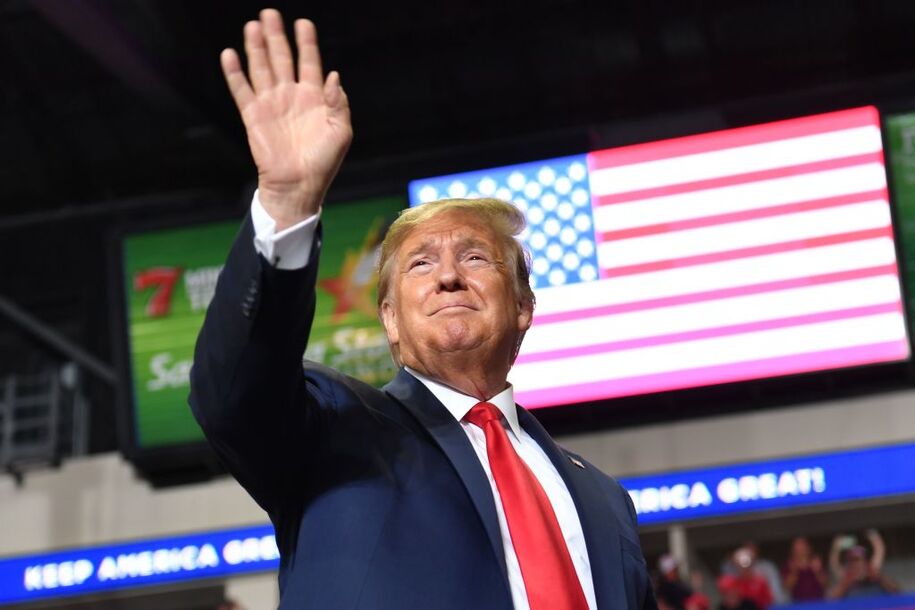 Donald Trump has amassed a $105 million war chest since leaving office but hasn’t dropped so much as a dime on boosting GOP candidates or funding outside efforts to overturn the 2020 elections, according to Politico.

Nope. That’s for losers and suckers, and Trump is just a good old-fashioned grifter. Consequently, he has directed nearly all the money he soaked up through his political action committees (Make America Great Again PAC, Save America PAC, and the Save America Joint Fundraising Committee) to pay his own personal and business expenses almost exclusively. That includes paying for travel expenses, more fundraising appeals, the salaries of personal and political aides, and legal fees he racked up trying to mount an impeachment defense and overturn the 2020 results. Trump did make one external donation of $1 million to the America First Policy Institute, which was founded by several of his former aides after he lost reelection.

But when it comes to high-profile efforts to overturn 2020, like the Arizona fraudit or helping Republican candidates—zip! They’re on their own. In other words, the vast majority of Trump’s fundraising appeals have nothing to do with where he is actually directing his money. Those Arizona-style audits that more than half of Republican voters actually think could change the 2020 outcome are just window dressing to Trump. They’re going nowhere and he isn’t wasting a dime on them—but they sure are lucrative.

Another popular fundraising theme for Trump is that he’s going to ensure Republicans win back Congress next year. But apparently the sum total of his efforts include dooming the Republican candidates who are perhaps best-suited to win in general elections.

A Trump spokesperson now claims he recently made donations to his chosen candidates that haven’t yet shown up in campaign filings. And despite telling all the GOP campaign committees earlier this year to cease and desist from using him or his likeness to solicit donations, Trump is now taking credit for their fundraising hauls.

“In addition to the RECORD BREAKING money raised over the last 6 months to my political affiliates, I am pleased to see the entire party benefit from ‘Trump,’ Trump said in a statement after the GOP’s national committee and two congressional campaign committees raised close to a combined $300 million in first six months of the year.

Interestingly, though, the statement from the National Republican Senatorial Committee hailing its $51 million intake made no references to Trump.

“The more voters learn about the disastrous impacts of the Senate Democrats’ socialist agenda, the more the momentum builds to elect a Republican Senate majority in 2022,” NRSC chair Rick Scott said in a statement.

Gee, it almost seems like Senate Republicans don’t want to be associated with Trump. Rest assured that Trump is lying awake at night smarting over the fact that the GOP committees have raised even a single cent that he believes belongs to him exclusively.

What Trump has lavished money on is attorney fees—the many, many lawyers involved in defending and advising him in everything from his second impeachment to the Russian investigation to a host of personal lawsuits.

Rudy Giuliani, however, the face of Trump’s legal resistance following his 2020 loss, appears to have come up dry. The $75,000 Trump shelled out to Giuliani went exclusively to his travel expenses, not legal fees. Sorry, Rudy.