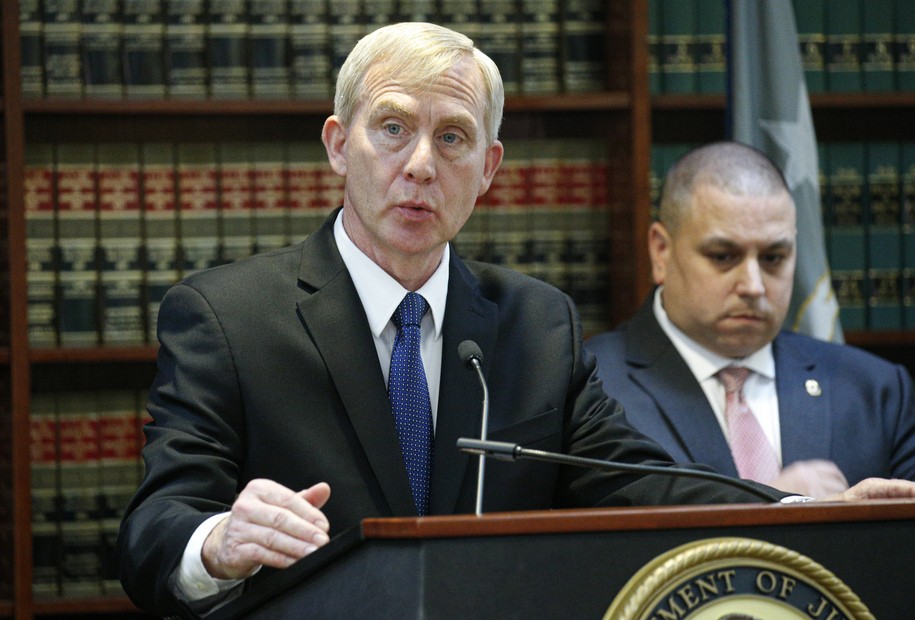 One name keeps coming up as more evidence is released of Donald Trump’s frantic efforts to overturn his election loss. Richard Donoghue was then the acting deputy attorney general, and in that role came under pressure again and again to use the Justice Department’s power to keep Trump in office despite his loss. Again and again, Donoghue said no—and now, he’s likely to testify to Congress, The Washington Post’s Aaron Blake reports. Donoghue has agreed to speak to House Oversight and Government Reform Committee investigators behind closed doors.

Donoghue’s notes on Trump’s personal pressure campaign reveal Trump telling top Justice Department officials to “Just say the election was corrupt + leave the rest to me and the R. Congressmen.” And when Jeffrey Clark, then heading the civil division of the DOJ, forwarded Donoghue and acting attorney general Jeffrey Rosen a draft letter urging Georgia officials to overturn their state’s election, Donoghue responded “There is no chance that I would sign this letter or anything remotely like this.”

This is a man who has interesting stories to tell—stories about what we increasingly know was a sustained, multi-part coup attempt. As Blake notes, that doesn’t mean Donoghue’s testimony will be as fruitful as his contemporaneous written responses to Trump’s efforts to overturn the election, because “We’ve seen before that people we thought might be motivated witnesses against Trump clam up a bit and decline the harsh spotlight that comes with criticizing the efforts of the former president.”

Even if Donoghue turns out to be a cautious witness, though, his paper trail offers investigators enough to ask him some very pointed questions, not just about Clark’s draft letter—which Rep. Raja Krishnamoorthi told MSNBC was just one of six such letters to different states, seeking to overturn the results of all of them.

The Washington Post’s Philip Bump has written that Donoghue’s response to Clark’s draft letter was “probably written with an eye toward it eventually being read by external eyes.” This is true, and it might mean that he is also prepared to speak honestly and fully to investigators, having thought through what he wants his public legacy to be. Even if he’s not, though, it’s worth considering that in the Trump administration, someone writing with an eye toward their words eventually being read in a post-Trump context stands in sharp contrast to Clark, who likewise had a longer-term plan: help Trump overturn the election, and come out the other side as Trump’s attorney general, one even more committed, regardless of the law, to making sure Trump got his way than even William Barr had been.

Going way beyond the usual sore loser behavior, Donald Trump tried to throw out an entire election. Thanks to Richard Donoghue, congressional investigators have the receipts. Will Donoghue give them more in in-person testimony?

Who is the mysterious ‘Perla’ who aided Ron DeSantis’ craven political stunt?