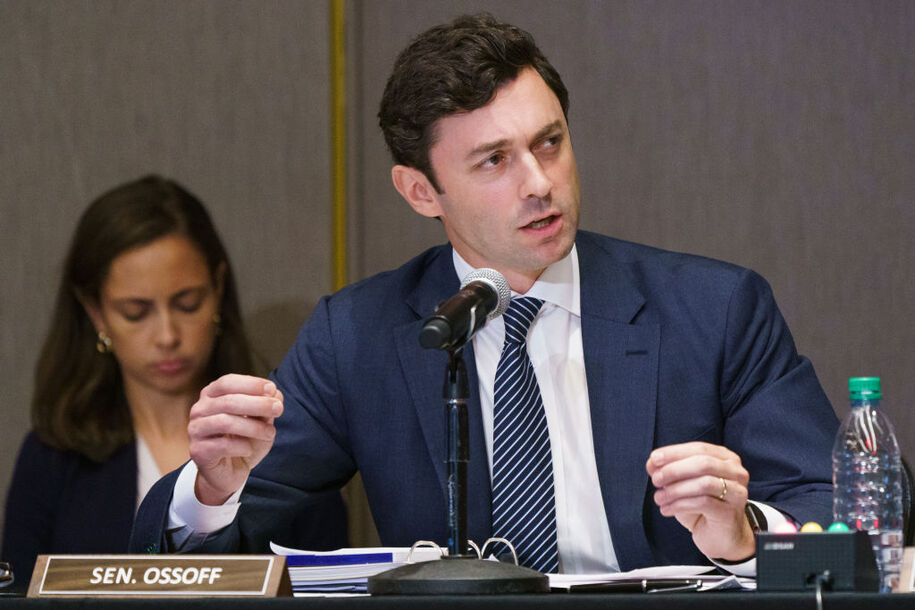 In 2021, it has come to this: A United States senator is introducing legislation to confirm that every American citizen has a right to vote. It’s going to take a law from the U.S. Congress to establish that Americans have the statutory right to cast a ballot in a federal election. It is necessary because 18 state have enacted 30 laws this year alone that make it harder to vote.

The senator is Georgia’s Jon Ossoff, and he is joined by Rep. Mondaire Jones of New York, who has the companion bill in the House. The bill is the Right to Vote Act, establishing “a first-ever statutory right to vote in federal elections—protecting U.S. citizens from laws that make it harder to cast a ballot.” explained the bill on CNN Wednesday, and asked that grassroots organizers working on voting rights “keep pushing” lawmakers to step up. “The right to vote is fundamental,” Ossoff said. “People bled and died to secure it.”

Sen. @ossoff introduced the “Right to Vote Act,” which will *𝗳𝗼𝗿 𝘁𝗵𝗲 𝗳𝗶𝗿𝘀𝘁 𝘁𝗶𝗺𝗲* enshrine the right to vote in Federal statute and allow U.S. citizens to challenge in court any policy that makes it harder for them to participate in elections. pic.twitter.com/MRgXUiIDJl

“Here’s something folks might not know,” he continued. “There does not exist in U.S. law an affirmative guarantee of the right to vote.” Plenty of people of color probably are aware of that, their right to the franchise having been so relatively recently secured, but the point remains. No American has legal redress at the federal level if they are denied their vote. Under Ossoff’s legislation, they would.

“It holds that any American citizen can challenge a state law which diminishes or restricts the right to vote, which makes it harder to vote, and require anyone to justify those restrictions and to demonstrate the least restrictive means of those ends,” Ossoff told CNN. The statement from his office adds that the legislation “protects all actions necessary for Americans to participate in elections, including registering to vote, obtaining any ID required to vote, casting a ballot, and ensuring that ballot is counted.”

Asked if he thought the Biden administration needs to do more to protect voting rights and election integrity, Ossoff was diplomatic, saying President Biden, Vice President Harris, and senior White House officials “have been extremely serious about their dedication to securing voting rights in this country.” He went on to again “encourage those activists to continue to push Congress and continue to push all of us to advance federal legislation that will secure the franchise in the face of state legislatures across the country that are restricting access to the ballot.” Keep pushing, is his message.

His counterpart, Rev. Sen. Raphael Warnock is joining him in that message.

Sen. Raphael Warnock (D-GA) on voter suppression: “This is the Delta variant of Jim Crow voting laws. And the only vaccination is federal legislation.” pic.twitter.com/fr2FLwrUVl

“Here we are in 2021 and they’re trying to nullify our votes after our votes are cast?” he said in a recent rally for the For the People Act. “All across this country! We know what this is,” he said. “This is the Delta variant of Jim Crow voting laws. And the only vaccination is federal legislation.”

Sen. Alex Padilla of California is an original cosponsor of Ossoff’s legislation.

The right to vote is the foundation of our democracy. When that foundation is undermined, Americans must be able to defend their right in court. That’s why I’m joining @ossoff on a bill that will—for the first time ever—enshrine the right to vote in federal statute.

The legislation is endorsed by the American Civil Liberties Union, the Lawyers’ Committee for Civil Rights Under Law, Protect Democracy, Demos, and Fair Fight Action.”This bill fills an unfortunate gap in the current legal landscape by creating a statutory right to vote in federal elections and requiring governments that burden that right to meet a high bar to justify doing so,” said Genevieve Nadeau, counsel for Protect Democracy. “It offers voters important legal protections and a meaningful way to enforce their rights in court.”

In combination or separate from the For the People Act and the John Lewis Voting Rights Advancement Act, an affirmative right to vote bill should go to the Senate floor. Republican senators should be forced to vote up or down on the proposition that every American citizen has that one inalienable right. Of course Republicans would vote against it, but it would be instructive for the American people to see them do that.