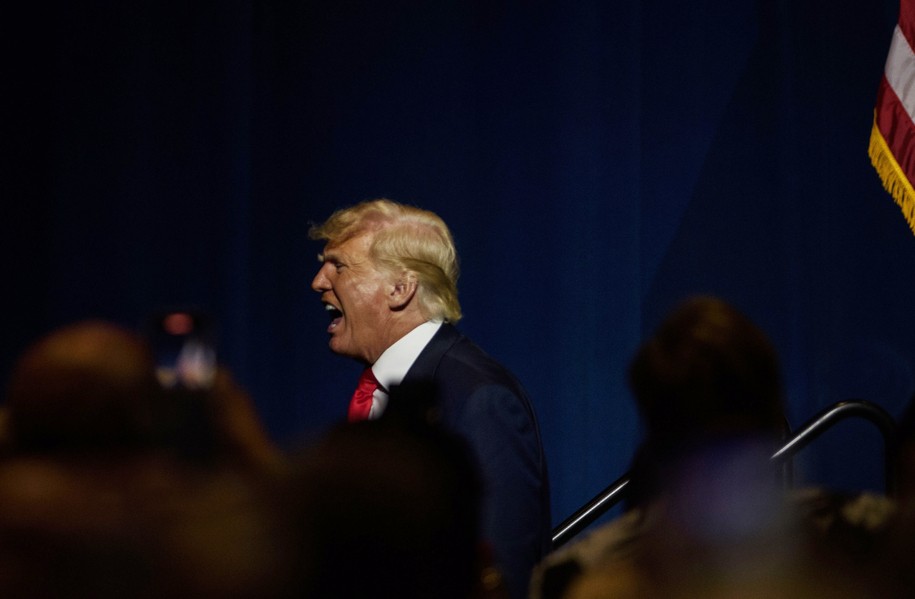 Donald Trump isn’t just a sore loser. He isn’t even just a sore loser who indiscriminately lashed out and encouraged his supporters to riot. Donald Trump was at the head of an actual, methodical coup attempt last December and January, a fact that’s starting to draw more and more notice as details emerge.

There was “an actual, cognizable plan to overturn the election, an actual strategy to get Donald Trump declared the winner of the election, not just throwing stuff against the wall and tantrum tweeting and easily dismissed farkakte lawsuits,” MSNBC’s Chris Hayes said Thursday night. He added, “Now it’s clear that by late December, they had arrived at an actual plan in place they were trying to execute.”

Oh, Trump himself didn’t draw up a rigorous plan. Then-White House chief of staff Mark Meadows played a major role, as Kerry Eleveld suggested Thursday and Hayes similarly argued. Meadows introduced Trump to Jeffrey Clark, the Justice Department official who drafted letters trying to get state officials to overturn their states’ elections, letters that Jeffrey Rosen and Richard Donoghue, then the acting attorney general and acting deputy attorney general, refused to send out. After they refused, they then had to fight for their jobs as Trump considered making Clark the acting attorney general. If that had happened, Clark could have sent out those letters, giving state-level Republicans the excuse they needed to trash the election results and put in new electors for Trump.

All the while, Trump was making phone calls pressuring Rosen and Donoghue and state officials to help him overturn the election. “Just say the election was corrupt + leave the rest to me and the R. Congressmen,” he told Rosen and Donoghue on Dec. 27, the day before Clark sent his draft letter around. On Jan. 2, in a phone call set up by Meadows, Trump was on the phone with Georgia Secretary of State Brad Raffensperger, begging him to “find 11,780 votes.” On Dec. 31 and Jan. 3, calls were made (but not answered) from the White House to the Republican chair of the Maricopa County Board of Supervisors.

”This is not Rudy Giuliani at Four Seasons Landscaping, or Sidney Powell talking about the ghost of Hugo Chavez inhabiting the voting machines. No, this is an unnervingly plausible path to stealing the election,” Hayes said. “Luckily, it took them a while to get there.”

CNN’s Zachary Wolf likewise pointed to how … intentional, and truly coup-like, this is all looking, writing that the details that have recently emerged “show that Trump’s assault on democracy, which looks more and more like an attempted coup, was even more reckless and insistent than previously thought.”

Yeah. And we still may not have all the most damning details.

Anyone who doesn’t take this seriously, at this point, is laying the groundwork for a successful coup next time. Republicans from Congress to state legislatures are laying that groundwork very intentionally. But pretending it didn’t happen, and failing to see the continuing work Republicans are doing toward 2022 and 2024, is almost as dangerous.